LORD SUMPTION: It’s morally wrong for government control freaks to tell us what to do at Christmas

The debate about whether to let us have a family Christmas perfectly sums up what is wrong with this Government’s handling of Covid-19.

But we all understand that if mixed generations attend a church service or enjoy Christmas lunch and a sing-song together, there is an increased risk that someone with Covid-19 will pass it on to others.

Understandably, many people believe the only thing that matters will be the risk of death or serious illness.

They will want to isolate themselves with a meal alone, and their decision should be respected. 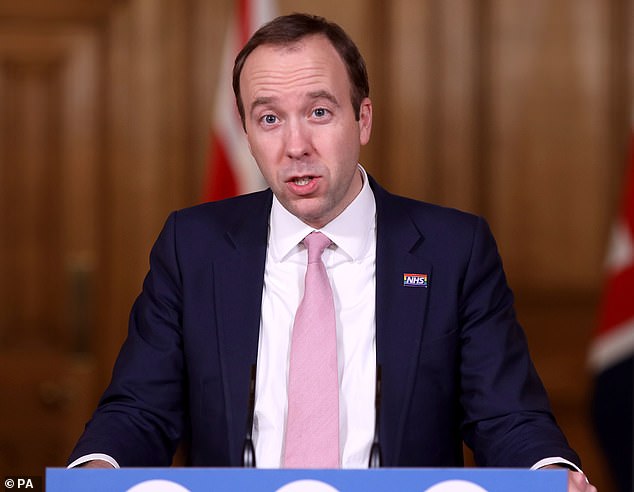 The debate about whether to let us have a family Christmas perfectly sums up what is wrong with this Government’s handling of Covid-19 (pictured, Health Secretary Matt Hancock)

But for many others, there will be a range of values in play which are at least as important: family, love and companionship, human contact, generosity of spirit, beauty and spontaneous joy.

The question is not which group is right. It is whether we should be allowed to make the choice for ourselves, instead of having it imposed on us by law.

There are many different answers to the dilemmas of a Covid Christmas.

But for the Jacobins of the Scientific Advisory Group for Emergencies (Sage) and the control freaks in the Department of Health, theirs is the only answer.

The Prime Minister is not even interested in death, except as an aspect of public relations management.

And that is the heart of the problem – PR has taken over from serious policy-making.

Boris Johnson knows that restrictions over Christmas would be deeply unpopular, widely ignored and catastrophic for the retail and hospitality industries.

So he will soon announce their temporary suspension, behaving as if our lives belonged to the state and Christmas was an act of indulgence on his part.

The control freaks and the rest of the sackcloth and ashes brigade will demand a payback. 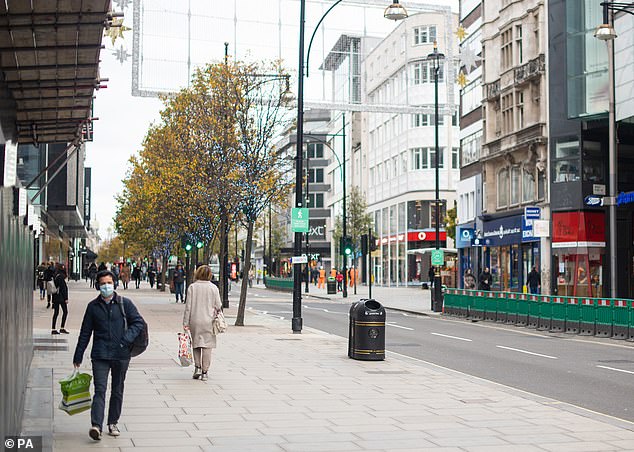 Boris Johnson knows that restrictions over Christmas would be deeply unpopular, widely ignored and catastrophic for the retail and hospitality industries (pictured, Oxford Street during lockdown)

They are already pressing for two, three or even five days of extra lockdown for every day of release over Christmas.

There will be calls for indefinite restrictions on our daily lives until a vaccine is generally available, now that it is around the corner.

The problem with these people is that they are transfixed by containing transmission of the virus, even though this is only part of the issue.

The truth is that there is always a trade-off to be made between the damage done by Covid and the damage from countermeasures.

In April, Ministers formulated five tests which would guide policy, none of which took account of the social, economic or psychological costs. 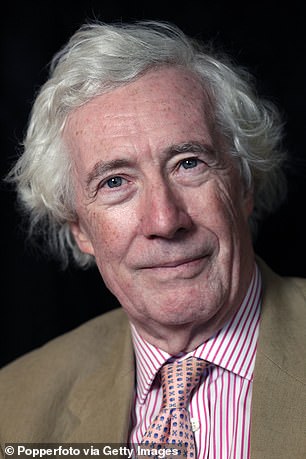 For everyone, Christmas is a celebration of life, writes Lord Sumption (pictured)

In his press conference on May 10, the Prime Minister proudly declared that the Government would ‘not be driven by economic necessity’ – as if the population’s livelihoods were of no importance.

Since then, he has only casually and intermittently asked himself whether their remedies were worse than the disease.

As a parliamentary committee reported in July, there has never been a proper impact assessment or cost-benefit analysis to assess the wider effects on our society.

The scientists have been no better. They were afraid of being made scapegoats by a Government which pretended to be ‘guided by the science’.

This provoked a defensive and myopic resort to over-reaction.

As Professor Chris Whitty, the Chief Medical Officer, candidly told a Commons committee a fortnight ago, the measures taken to suppress the virus are ‘economically and socially destructive’, but it is not his job to think about that.

The result has been a mutually corrupting relationship between politicians and scientists, in which data is selectively used to support extreme policies.

As a recent editorial in the British Medical Journal observed, the pandemic has ‘revealed how the medical-political complex can be manipulated in an emergency’.

The worst aspect has been the misuse of statistical modelling to project extravagant figures for future deaths, based on assumptions which are unexplained, unverifiable and generally prove to be wrong.

According to Prof Whitty and Chief Scientific Adviser Sir Patrick Vallance, these are not really forecasts but ‘scenarios’, ie ‘what if’ thought experiments.

But they have been persistently presented as forecasts by Messrs Vallance and Whitty, among others.

The recent ‘scenario’ of 4,000 deaths a day which bounced the Prime Minister into the second lockdown, was a disgrace.

It was exposed within hours for the nonsense that it was and condemned by the UK Statistics Authority.

Yet it was only the latest example of a technique that goes right back to the ‘scenario’ of 510,000 deaths used to justify the first lockdown.

The use of statements such as these is not designed to inform, but to scare Ministers into taking abrasive measures and to scare the public into supporting them.

The same is unfortunately true of the Government’s attempt to exploit the popularity of the NHS.

The NHS acute bed capacity was less than half used even at the peak of the first wave of the virus. 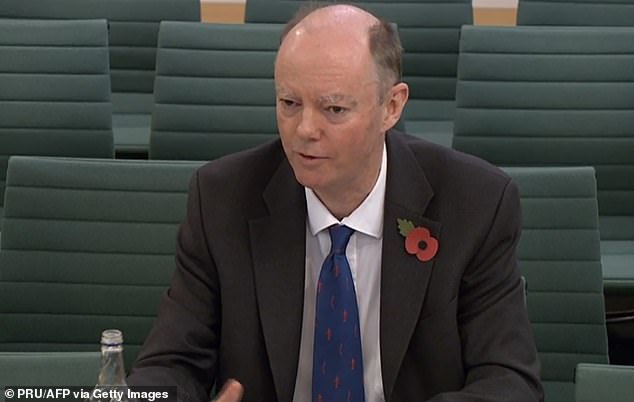 That was before the lockdown could have had any significant effect and before the Nightingale hospitals opened.

There are localised pressure points now, but the NHS is nowhere near being overwhelmed, even though this time it is being allowed to treat other conditions as well.

The Nightingale hospitals have still hardly been used.

On March 22, Sage advised, in a document which breathes contempt for the public, that people needed to be scared.

Some, they complained, might be reassured by the low death rate in their demographic.

‘The perceived level of personal threat needs to be increased,’ Sage said. There had to be ‘hard-hitting evaluations’ and ’emotional messaging’.

This is exactly what the Government has done. And in scaring the public, it has also limited its options, because it has had to live up to its own doom-laden narrative.

This explains, at least in part, the oddest feature of Government policy – namely, its obstinate refusal to differentiate between vulnerable and invulnerable people.

Infections do not matter unless they lead to serious illness or death.

The much-trumpeted long Covid is estimated to affect only two per cent of confirmed cases, according to Prof Whitty himself.

These are facts. People are right to be reassured by them. Yet, the Sage paper complains that they will blunt the message, and the message counts for more than the facts.

The cost of this slippery approach to truth is prodigious.

Under the various Treasury compensation schemes, we spend £40 billion a month (more than three times the monthly cost of the NHS) on preventing people from working who would experience only mild symptoms if they were infected.

The risks posed by Covid-19 and the impact of social isolation vary enormously from one person to the next.

The risks posed by the disease vary according to age, health, gender and perhaps ethnicity.

The impact of isolation varies with employment status, income, accommodation, family relations and way of life.

In all of these respects, only we know enough about our own circumstances to judge what is right for us and those around us.

Put simply, we can look after ourselves better than the Government, whose solutions are indiscriminate.

The insistence on coercing the entire population regardless of personal circumstances is disproportionate, inefficient and destructive.

It has serious collateral effects on other aspects of our lives, which may be more important to us than they are to scientists and politicians.

It is also morally and constitutionally indefensible in a country which is not yet a totalitarian state, like China.

The Government has not earned our trust. Sooner or later, people will take back control of their own lives and do the right thing, whatever Ministers say.