Quinn, who was born and grew up in Yonkers, New York, was co-founder of the campaign that raised more than $220 million for medical research into amyotrophic lateral sclerosis, more commonly known as Lou Gehrig’s Disease.

On Friday he tweeted that he had had a tracheostomy – a procedure to insert an opening in the neck in order to place a tube into a person’s windpipe.

‘Last time I left the hospital, I was right back 1 day later with pneumonia/struggling to breathe.

‘Round 2 today of going home! Wish me luck! I better be there for awhile!’ 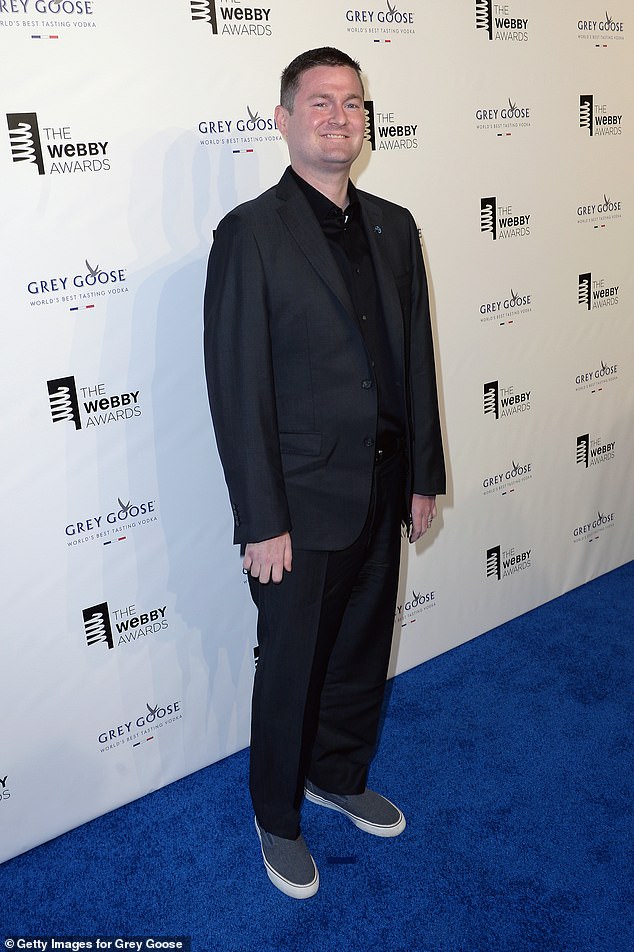 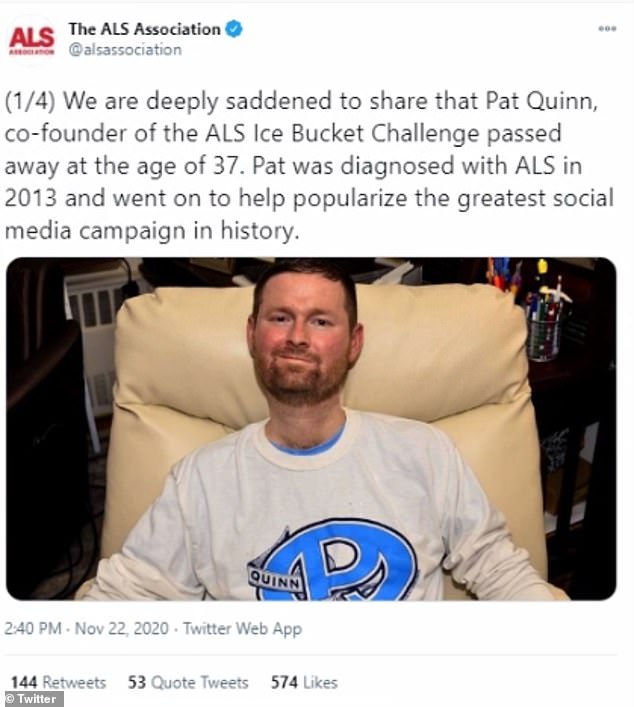 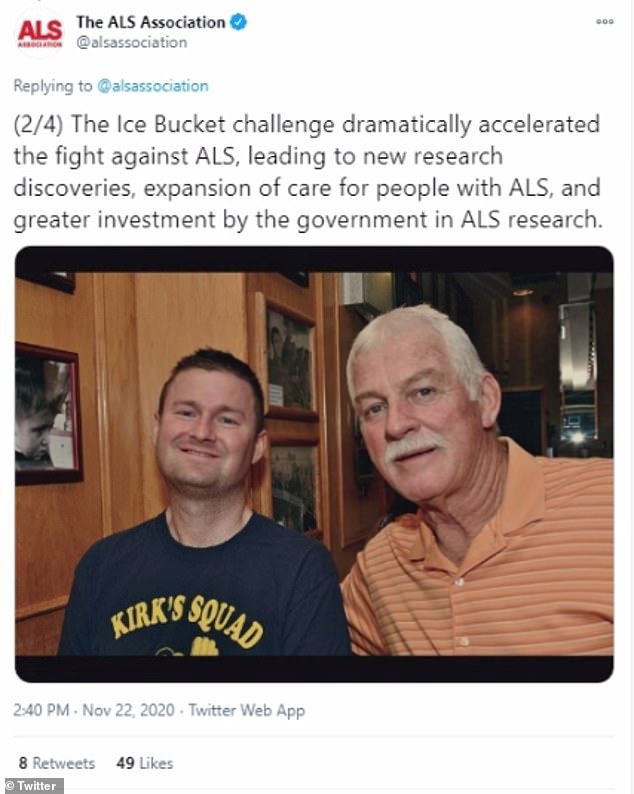 He was diagnosed with ALS on March 8, 2013, according to his Facebook page.

‘It is with great sadness that we must share the passing of Patrick early this morning,’ his supporters said on Facebook.

‘We will always remember him for his inspiration and courage in his tireless fight against ALS.’

Condolences to the Quinn family poured in on social media, with many expressing gratitude for the spotlight he drew to the disease and the need to find a cure.

The Ice Bucket Challenge went viral on social media in the summer of 2014, when people around the world posted videos and photos of themselves dumping buckets of ice water on their heads and challenging others to do the same while urging donations for ALS research. 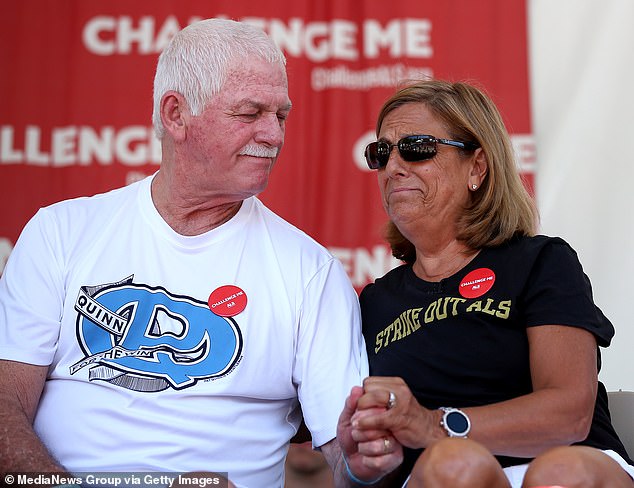 Roughly 12,000 to 15,000 Americans may have ALS, according to the U.S. Centers for Disease Control and Prevention.

An estimated 5-10 per cent of ALS cases are believed to be hereditary, but the cause is unknown and there is no cure.

In the summer of 2014, together with Pete Frates, a Boston College athlete who was diagnosed with ALS in 2012 at the age of 27, Quinn gathered a network of friends and supporters to dunk themselves with icy water and challenge others to do the same.

Among Quinn’s many honors for raising awareness of ALS and promoting research was a nomination with Frates as ‘Person of the Year’ by Time magazine.