The medical expert who raced to lock South Australia down over the state’s COVID-19 outbreak has said she has no regrets.

Chief public health officer Professor Nicola Spurrier advised premier Steven Marshall to throw the state into one of the world’s toughest lockdowns last Wednesday, over following fears that a super strain of the virus had been unleashed in Adelaide.

While the lockdown was downgraded on the weekend after contact tracers realised an infected worker had not come into contact with as many people as claimed, Ms Spurrier maintained she made the right call.

‘I have no regrets on my advice and decision-making last week. I’ve no doubt it was the right thing to do,’ she said. 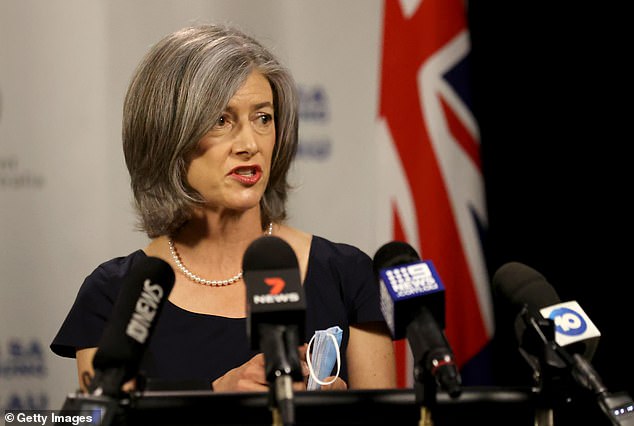 Residents across the state were needlessly stuck in their homes for three days after it was revealed a customer at the Woodville Pizza Bar in Adelaide contracted the virus from a pizza box touched by an infected worker.

However, contact tracers discovered the customer had lied and that he had actually been working at the restaurant and in close contact with another positive case.

Police Commissioner Grant Stevens revealed on Saturday morning the 36-year-old had also worked as a kitchen hand at the Stamford Hotel and was in Australia on a temporary graduate visa that’s due to expire in mid December.

The commissioner said although the employee’s actions had an ‘unbelievable impact’ on South Australians, there was no penalty for lying and he won’t yet be charged or fined.

‘The consequences of not acting quickly and following that health advice would have been absolutely catastrophic on all businesses, families and individuals in our state in a few moments time.’