Enthusiastic crowds have welcomed the first arrivals on flights from Victoria into New South Wales as the border is fully opened for the first time in more than four months.

The border opened a minute after midnight on Monday morning – finally allowing Victorians to freely visit NSW for the first time since July 8 without having to go into quarantine.

Qantas and Jetstar are operating 17 return flights between Sydney and Melbourne on Monday, carrying around 4500 passengers.

Virgin Australia will operate four return services per day, or 28 per week, between Melbourne and Sydney and plans to progressively increase flight frequency ahead of the Christmas holidays. 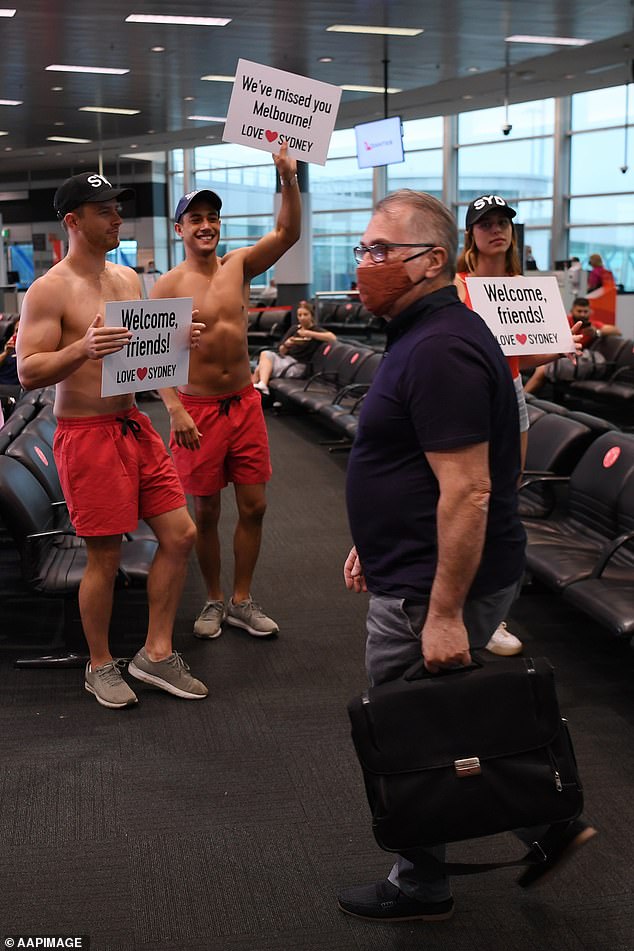 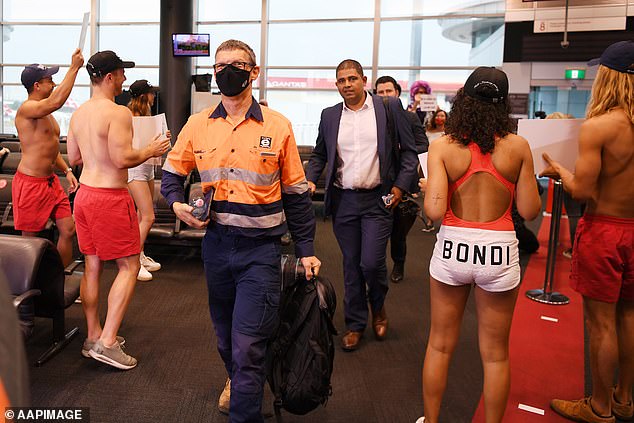 Qantas and Jetstar are operating 17 return flights between Sydney and Melbourne on Monday, carrying around 4500 passengers 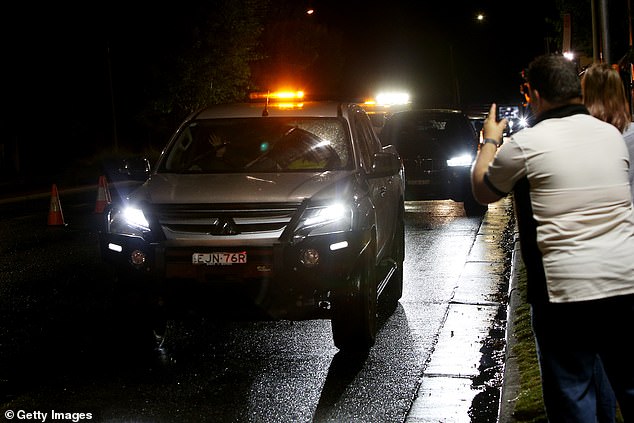 The border was shut by NSW in July to stop the spread of COVID-19 as Victorians hunkered down to deal with a second wave of the virus.

Police and military checkpoints were established along the border with thousands of cars stopped daily.

NSW is now the only state in the country with no hard border restrictions in place.

During the border closures, flights on the route dropped to as low as one flight per day for what is normally the busiest air route in the country.

Qantas and Jetstar sold more 25,000 seats in the first 48 hours after it was announced the border restrictions would be lifted.

NSW Premier Gladys Berejiklian visited the border town of Wodonga on Sunday to thank the community for its efforts during the border closure.

‘We never want to see this ever again,’ she said. 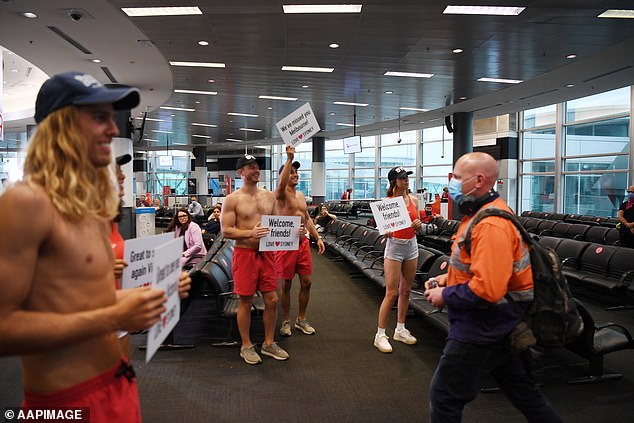 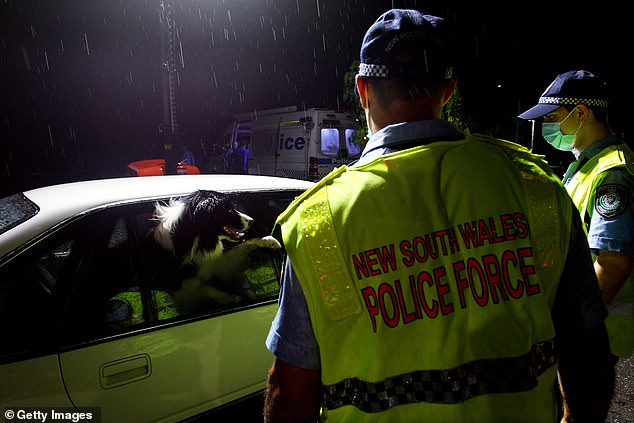 Police allow the first cars across the border at 12.01 on Monday morning (pictured) 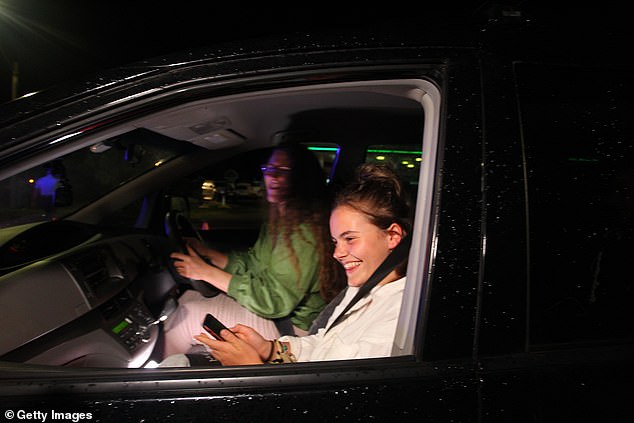 More than five million cars and 500,000 heavy vehicles passed through the checkpoint during its operation.

Meanwhile, QR codes are now also compulsory for thousands of businesses in NSW to record customer visits, with pen and paper no longer acceptable for record-keeping at hospitality venues, corporate functions, weddings and funerals.

And from Monday in NSW choirs of up to 30 people are also allowed to sing outside and audiences and congregations may participate in the singing, but anyone 12 years or older must wear a mask.

In person vists are also resuming for the 12,866 prisoners in NSW jails who have not had any visitors since the system was locked down in March. 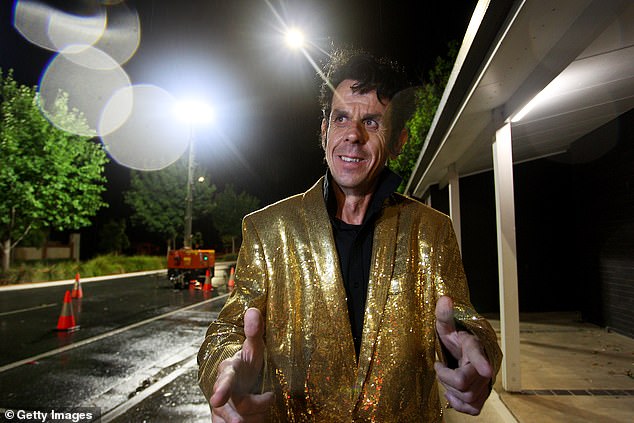 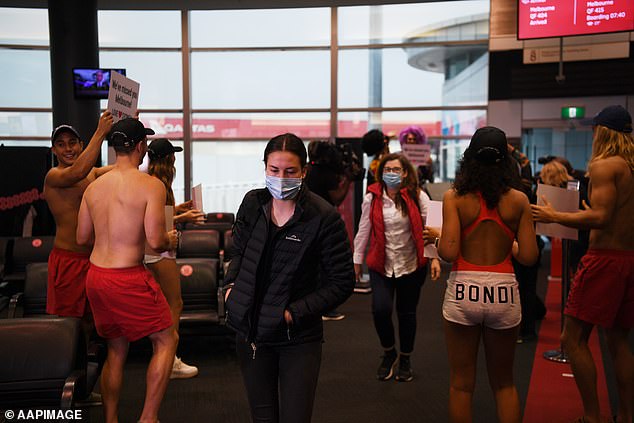 There have been 145,000 video chats but from now on visitors will be able to see inmates in person with restrictions including: temperature checks, masks, a limit of two visitors with physical contact limited to fist or elbow bumps.

There have been no recorded cases of community transmission of COVID-19 in NSW for 15 days and Victoria has been COVID free for 23 consecutive days.

Mandatory outdoor mask rules in Victoria are also no more.

As part of sweeping changes also effective from 12.01am on Monday, Victorians no longer have to wear masks outdoors unless unable to safely physically distance.

They must still wear masks in indoor environments including workplaces, supermarkets and public transport, and carry them at all times.

Melburnians have been required to wear face masks outside since mid-July, with the edict extended to regional Victoria in early August.

Other rule tweaks from Monday include 15 home visitors being allowed per day, up from two, while limits on outdoor public gatherings rise to 50 people.

For weddings and funerals, 150 people will be able to come together to celebrate or commiserate.

The same limit applies to cinemas, galleries and museums, and large-scale events can resume if granted a permit. 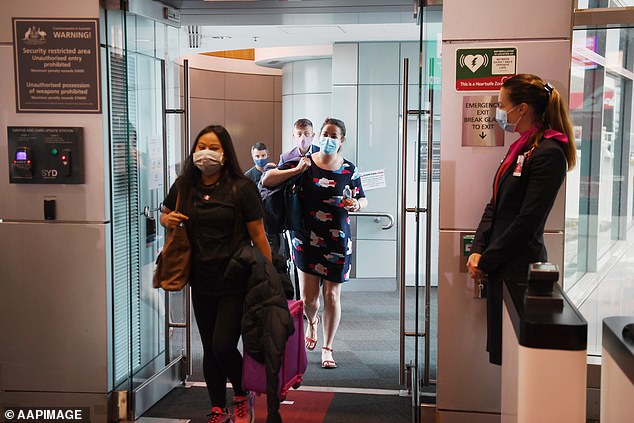 Large restaurants, cafes and pubs will be able to host up to 150 customers indoors, while smaller venues will be limited to 50 and must keep QR code records.

Premier Daniel Andrews also outlined additional moves back to normality, including up to 30 home visitors per day from December 13 – just in time for Christmas – and 25 per cent of staff returning to workplaces from November 30.

The ACT will also be accessible to Victorians, while Tasmania and South Australia have previously flagged reopening to the state in the coming weeks.

Meanwhile, Victoria’s Chief Health Officer Brett Sutton is among a litany of health department leaders set to appear on Monday as a parliamentary inquiry resumes into the state’s contact tracing system, which struggled to cope during its devastating second wave.