An NHS worker has claimed her antibody test proves she caught Covid in the UK in December more than a month before the first cases were confirmed in the country.

Sue Reader, 59, from Ogwell, Devon, believes she caught the virus during a trip to arrange travel documents from the Chinese Visa Application Centre in London on December 16.

The healthcare worker said she did not display symptoms until December 30 and immediately self-isolated with acute shortness of breath, fatigue and loss of smell. 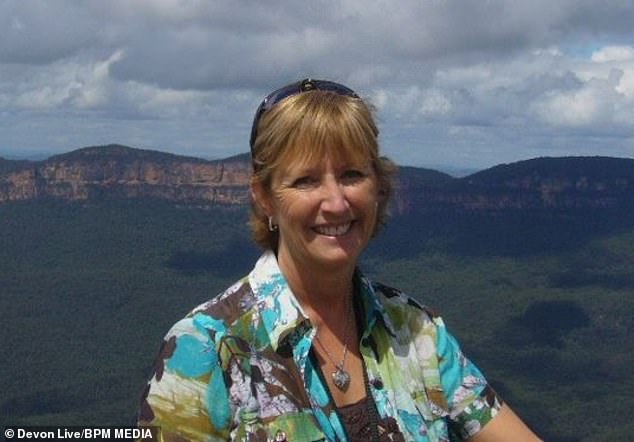 Sue Reader, 59, from Ogwell, Devon, believes she caught the virus during a trip to arrange travel documents from the Chinese Visa Application Centre in London on December 16

Sue had an antibody test in June which proved she had contracted the virus and, if correct, her experience adds to the growing evidence that Covid was active in the UK much earlier than first thought.

The virus is understood to have started in Wuhan, China, in December 2019 but the UK did not confirm its first Covid positive case until January 31, 2020.

Sue said: ‘It just seems to me the government are in complete denial by saying they don’t believe it was in this country before the end of January.

‘I’m not suggesting I was the first person in the country to catch it but I may well have been the first in Devon, simply because of the circumstances in which I contracted it and the fact I was at home in bed completely floored by it.’ 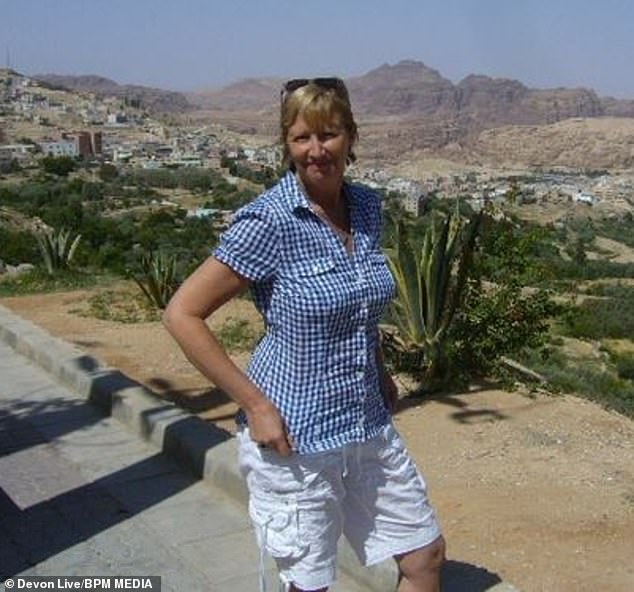 The healthcare worker said she did not display symptoms until December 30 and immediately self-isolated with acute shortness of breath, fatigue and loss of smell.

Sue was staying at her parents home in Henley-on-Thames when she visited the Chinese Visa Application Centre in the City of London on December 16.

She was planning a holiday to the Great Wall of China and needed the appropriate travel documentation.

She said: ‘Inside the building it was full of people coughing and spluttering. I always notice this type of behaviour because I am the type of person who never gets sick. I lead a very healthy lifestyle but the coughing was very apparent.’

Sue was busy photocopying documents, touching cash machines, having face-to-face discussion with staff, using the photo booth and the centre and believes this was the crucial period when she caught the virus.

‘That was the 16th and basically it wasn’t until the 30th when I was suddenly completely and absolutely overwhelmed,’ she says. 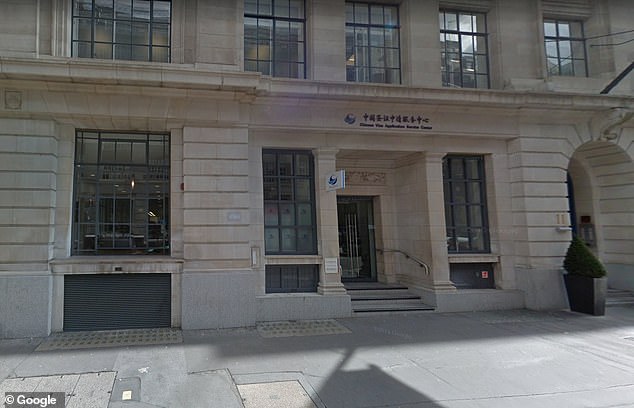 Sue was staying at her parents home in Henley-on-Thames when she visited the Chinese Visa Application Centre (pictured, stock image) in the City of London on December 16

‘I had a high temperature, I was aching, I couldn’t breathe and I was hallucinating. I remember saying to my family ‘do not let anybody come into my room. Whatever I’ve got nobody wants it’.

‘My father is 88 and has heart failure and I was very conscious that I could not stay because whatever I had was serious. I don’t think he would be here now if I had stayed. I knew it was a virus and not just a cold or something like that.’

Sue managed to drive back to Ogwell near Newton Abbot on January 1 and spent the next month in complete isolation where she slept and did not leave the house. 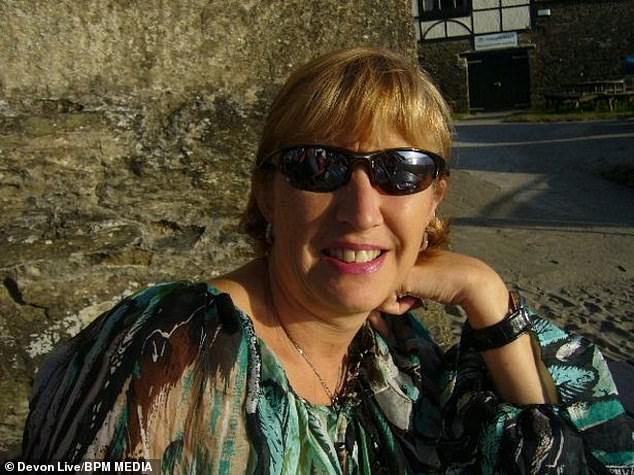 Meanwhile there had been a number of confirmed coronavirus cases in China with the first known death from the illness in the country on January 11.

However, in the UK, the virus was almost unknown outside of medical circles.

WHAT ARE THE MOST COMMON SYMPTOMS OF CORONAVIRUS?

Below are the most common symptoms of coronavirus as reported by 4,182 people who tested positive for the disease.

They entered their symptoms into the Covid Symptom Study app.

% of individuals ever experiencing symptom

The first cases in the country were not confirmed until January 31 in York, though anecdotal evidence suggests it was here before that date.

Peter Attwood, 84, from Kent died in hospital on January 30 after he started showing symptoms, including a cough and a fever, on December 15. He is certified as the earliest Covid-related death in the UK.

Sue continued: ‘It wasn’t like anything I had experienced before. I didn’t know anything about coronavirus at the time, nobody did. I remember the first time I heard about it and it was like a light bulb moment.

‘I was extremely ill. I couldn’t even walk up the stairs. All I wanted to do was sleep. I was on my own and very ill for about a month.’

Antibody tests were offered to NHS staff in June this year and Sue, who was convinced she’d had the virus, decided to take one.

It came back positive for Covid antibodies which meant her immune system had built up a level of protection and she had indeed had the virus.

She wanted to donate plasma to help those convalescing with the virus but was told her veins were were too narrow for it to be safe.

However Sue is now worried about the long-term toll of the virus on her body after as a result of her ongoing health issues commonly connected to ‘Long Covid’.

‘I’m a keen gardener and my allotment is at the bottom of a hill. By the time I walk back I’m completely out of breath for five minutes.

She added: ‘For me my biggest anxiety is that nobody knows the long term effect it has on people’s health.

‘What I don’t understand is why they are not looking at a person’s lung capacity. I don’t know what long term damage has been done to my lungs and nobody seems to be considering it.’

She also thinks the incubation period of the disease is longer than commonly thought.

‘I hadn’t been unwell in the 14 days between my visit to the visa centre and the 30th and had carried on as normal over Christmas. But nobody else in the household got ill, not my father or grandmother.

‘It is my belief, because of my personal experience, that you start being contagious when the coughing begins.’

Current health advice is that people appear to be most infectious two days before they develop symptoms.