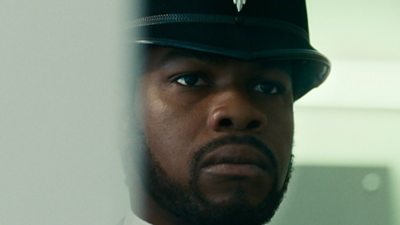 Star Wars actor John Boyega is topping off a momentous 2020 in a hard-hitting drama about a black police officer in 1980s London.

Director Steve McQueen’s Red, White and Blue is the true story of Leroy Logan, who gave up a job as a scientist to try to change racist attitudes from within the police force.

The BBC’s Colin Paterson spoke to John about his own fight against racism in 2020.