School in lockdown after boy, 14, is stabbed multiple times in the back

A high school was sent into a sudden lockdown after a teenage boy was stabbed in the back in the playground.

The student, 14, was attacked near the handball courts at Arthur Phillip High School in Parramatta, western Sydney, about 8.30am on Monday morning.

Four NSW Ambulance crews were sent to the school on Macquarie Street and treated the 14-year-old for multiple stab wounds to his back and arm. 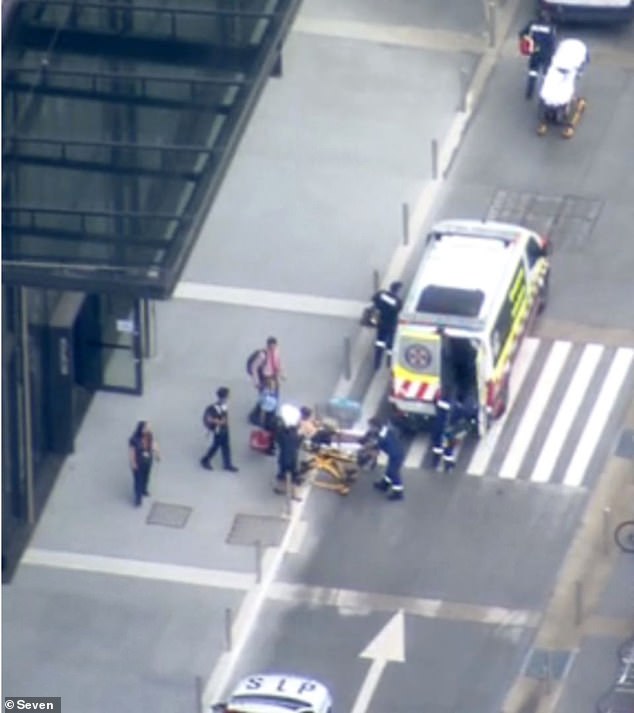 A 14-year-old boy was stabbed in the back at at Arthur Phillip High School in Parramatta, western Sydney, at about 8.30am on Monday morning (student and paramedics pictured) 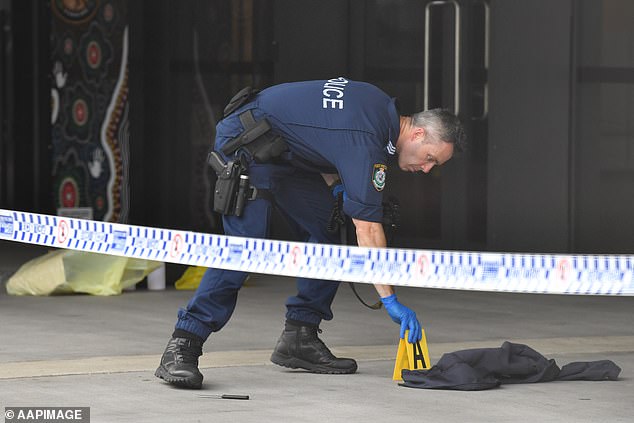 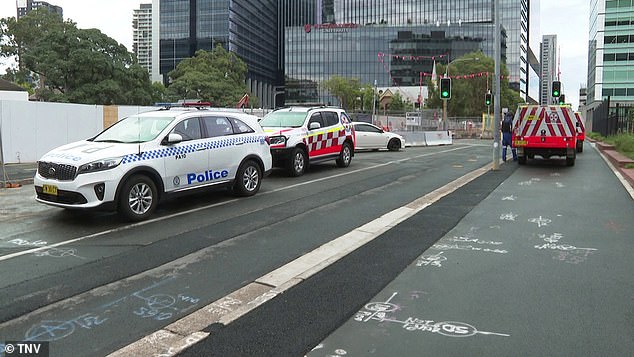 The 14-year-old was taken to Westmead Children’s Hospital in a stable condition.

It is believed he suffered two stab wounds to his back and one to his right arm.

Students were confined to the playground as officers from the Parramatta Police Area Command established a crime scene.

Police blocked off the playground area where the attack happened and a knife and jacket remain on the ground.

NSW Police also commenced an investigation into the circumstances surrounding the incident.

A search of the surrounding area is currently underway and no arrests have been made.

NSW Ambulance Inspector Joe Ibrahim praised the paramedic crews for their response to the attack. 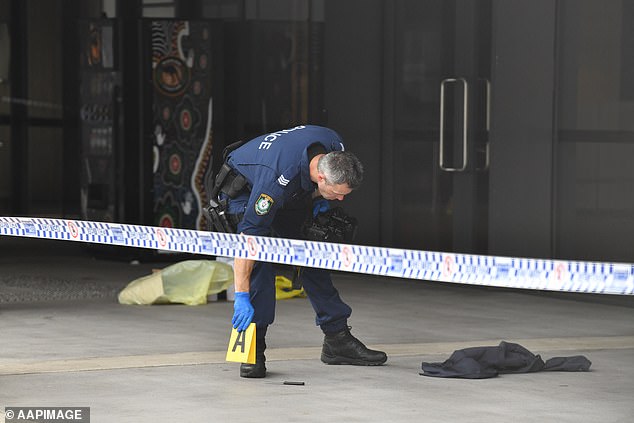 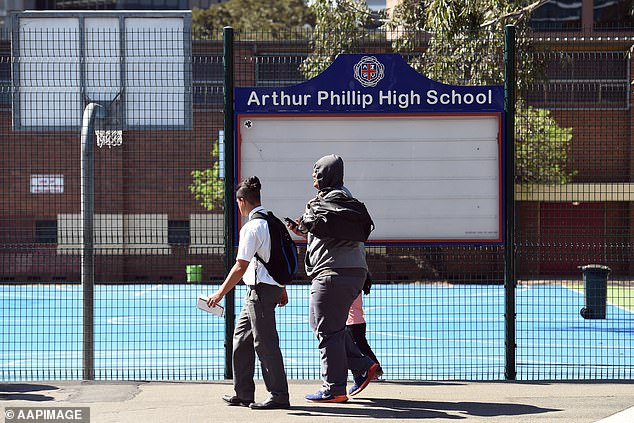 Arthur Phillip High School was sent into lockdown after the attack. It is understood classes have now resumed (students pictured in front of the school) 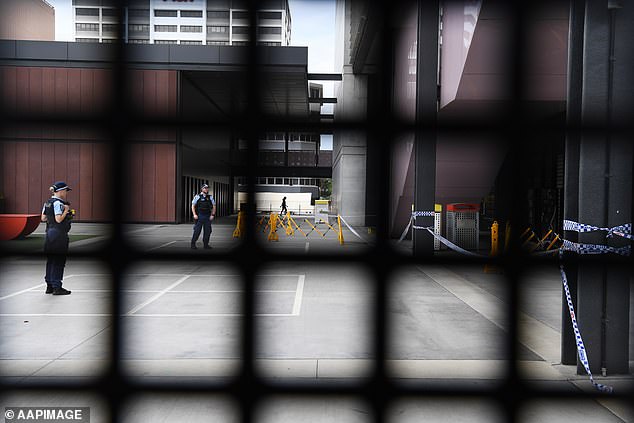 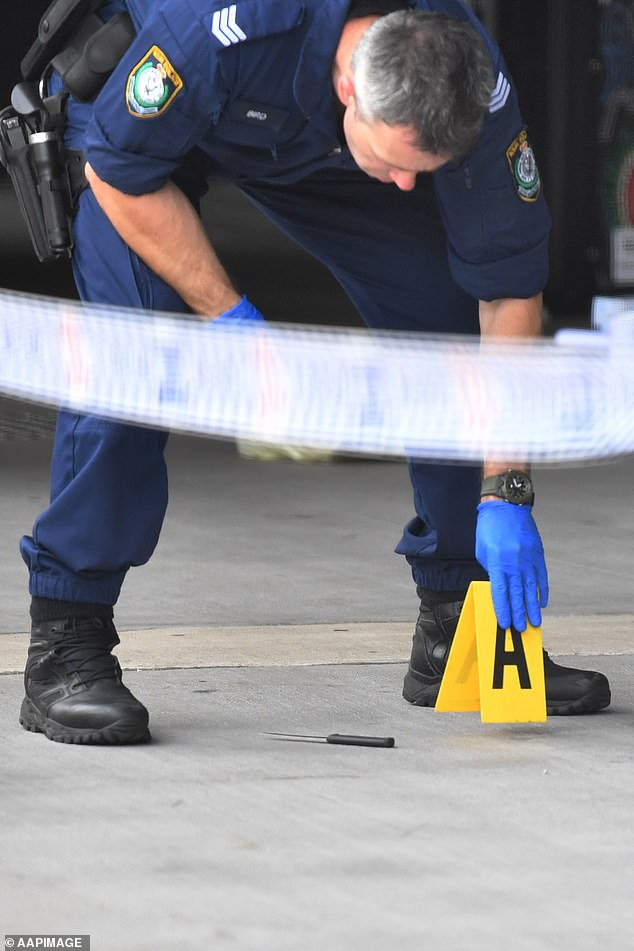 ‘Our paramedics did an exceptional job in stabilising and providing treatment for the teenager who had suffered some pretty serious injuries,’ he said.

‘It’s absolutely horrific when we respond to jobs like these especially when it involves someone so young. It’s every parent’s worst nightmare.

‘The big concern is that while the injuries may not look substantial on the surface, there can be more significant damage done at a deeper level.’

It is understood classes have now resumed at the school. 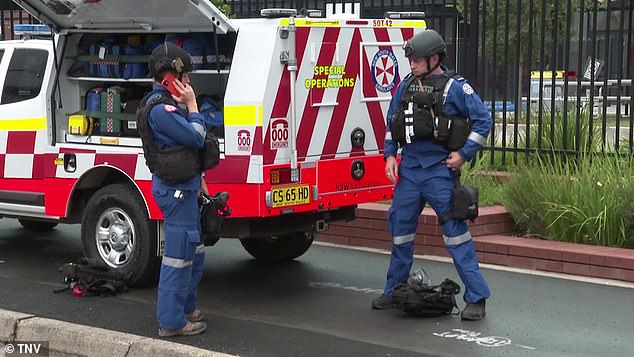