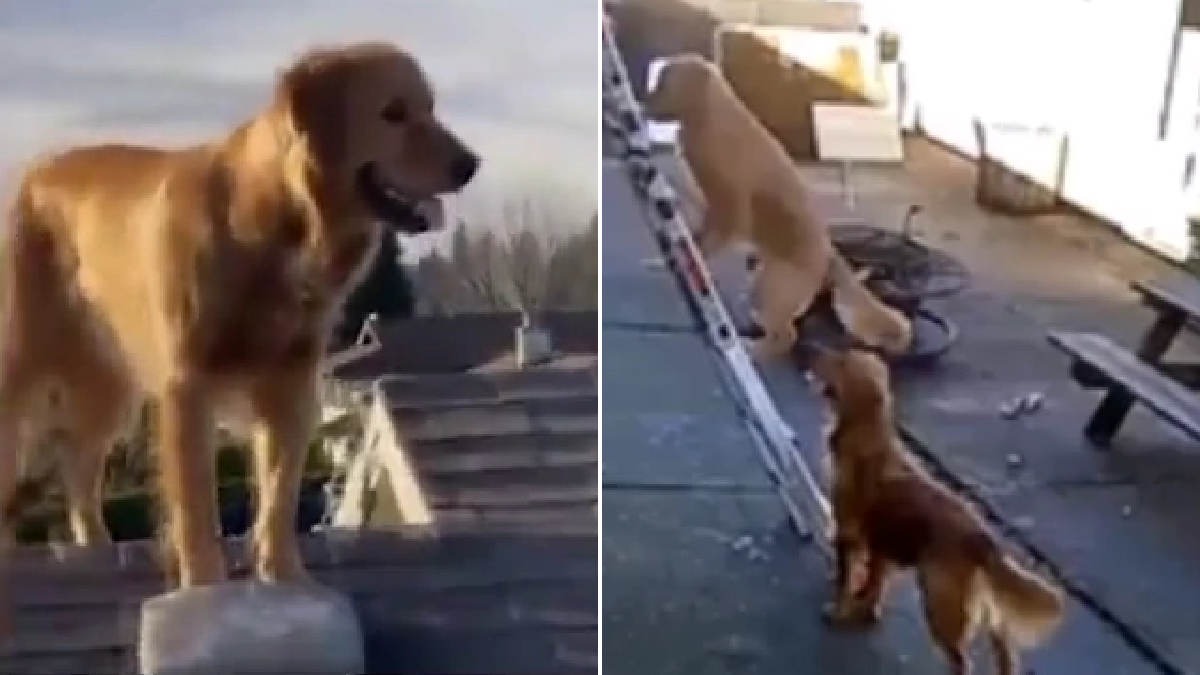 A golden retriever was hailed for his intelligence after learning how to climb a ladder so he could visit his owner on the roof of their home. The dog, called Ace, was filmed scaling the wooden object in Portland, Oregon, earlier this month – with owner Vince Matteson stunned to see his pet hup on the roof.

Vince was taking down his Christmas lights when he was met with the doggy surprise, and got out his phone to record the moment. Later, he checked one of his home surveillance cameras and watched as Ace climbed the ladder, while Vince’s other dog Bo looked on.

Vince also shared a jokingly doctored video of Ace appearing to climb back down the ladder himself. He later explained that it was actually the clip of Ace climbing up switched from back to front – with Vince also sharing the moment his roommate carefully carried Ace back down by hand.