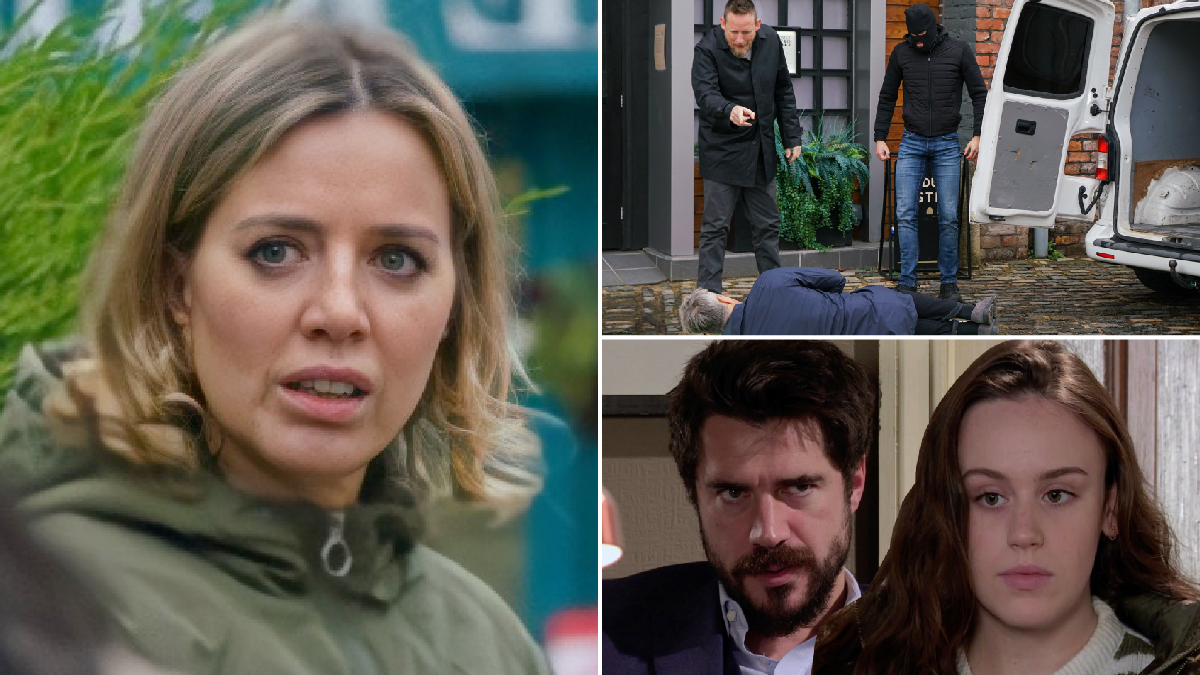 Coronation Street ups the ante once more next week, as a series of events sees several residents of the cobbles in deadly danger.

Ray Crosby (Mark Frost) is attacked by gangster Mick Chaney (Neil Bell), as he’s thrown from the back of a van!

The hotelier has more problems to worry about, however, as Abi Franklin (Sally Carman) acquires evidence to prove that he bribed the Chairperson of the planning committee.

Abi agrees to surrender the evidence if Ray admits to attempting to rape Faye Windass (Ellie Leach), but as the deal takes place, Abi becomes dizzy and collapses.

Will she be okay?

Meanwhile, Faye confesses the truth to the police about Adam Barlow’s (Sam Robertson) attack, before also revealing the truth to Adam himself.

It’s all kicking off on the cobbles next week, and if you’d like a little preview of what’s to come, then check out our first-look gallery below.

If you’ve got a soap or TV story, video or pictures get in touch by emailing us [email protected] – we’d love to hear from you.

Join the community by leaving a comment below and stay updated on all things soaps at our homepage.

Includes exclusive content, spoilers and interviews before they’re seen on the site. Find out more »