Coronavirus infections were falling in every age group except the over-80s last week, official data shows.

It strongly suggests Tier 4 rules were already slowing the crisis before the national intervention because lockdown curbs takes weeks to have an effect on case rates.

Public Health England’s weekly surveillance report also found that infections were decreasing in all regions except the North West, South West and West Midlands in the week up to January 10, six days after the full lockdown was enforced.

It is another clear hint that tough Tier 4 curbs – imposed in swathes of  the South East, East and London in the run up to Christmas – could drive down transmission of the new, highly-infectious strain.

In another positive sign, the proportion of positive tests declined in the week up to January 10. According to PHE, test positivity was 13.3 per cent last week, down from 17.5 per cent.

But, despite cases starting to trend in the right direction, London continues to have the highest rate of any region, at 864.9 per 100,000 people, down from 1,043.9 in the previous week.

And the PHE surveillance report also found that there were more people being admitted to hospitals and intensive care units than the previous week. The three-week lag between someone catching Covid and falling seriously ill means hospitalisation are likely to climb for another fortnight. 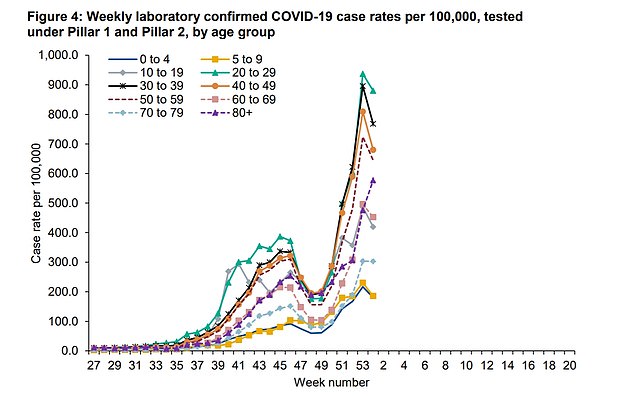 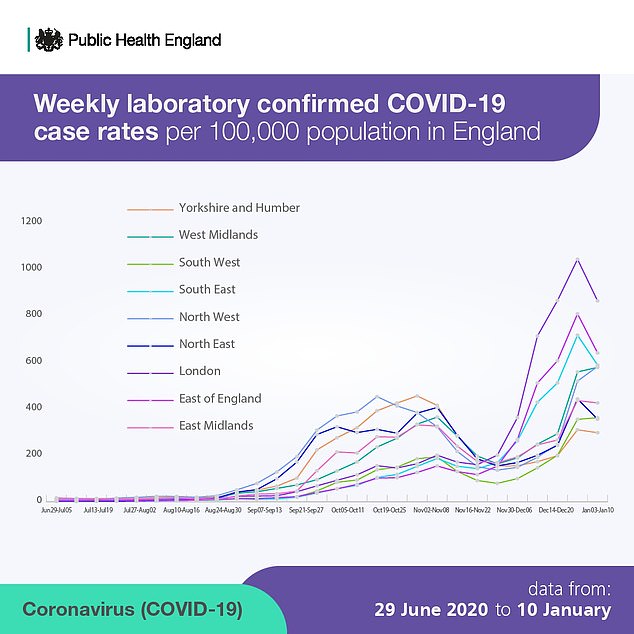 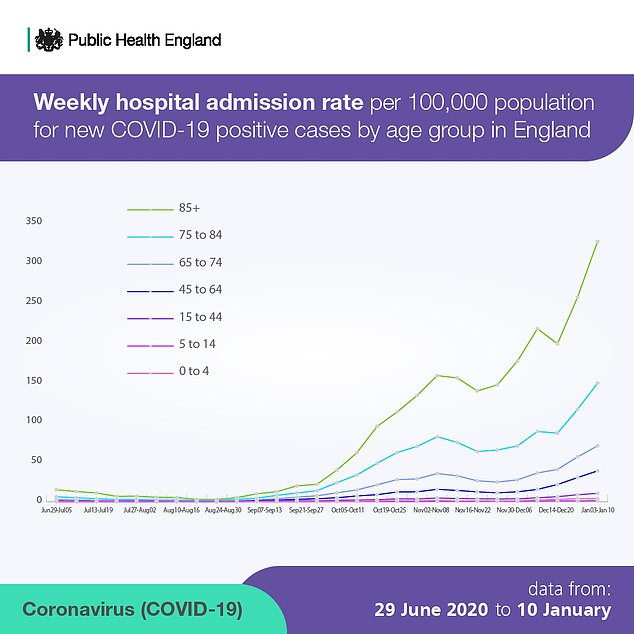 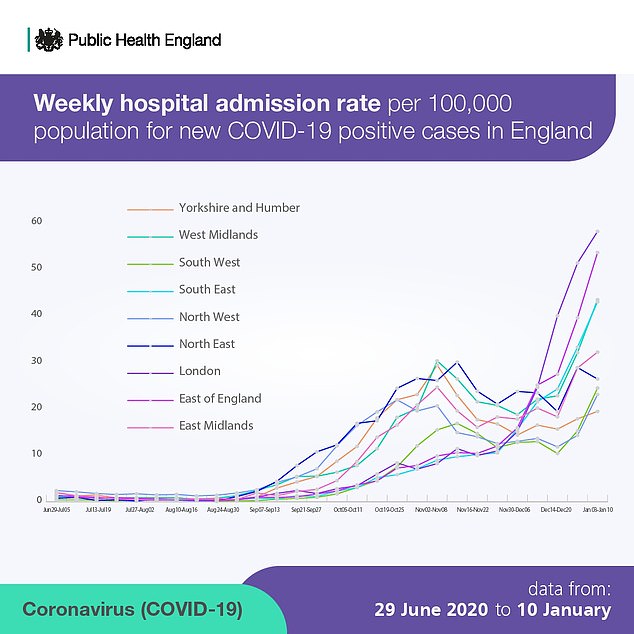 A new temporary mortuary that can hold up to 1,300 bodies has been built in London and the Government’s leading scientist Sir Patrick Vallance has warned that high death numbers will ‘carry on for some weeks’.

Professor Neil Ferguson, whose early modelling of Covid-19 made him a key player in the UK’s first lockdown, said: ‘We’re going to be well over 1,000 deaths a day, even measured by the date people die rather than the date deaths are reported, before numbers start coming down.’

But he said the current wave of the epidemic may be coming under control in some regions.

It comes as Health Secretary Matt Hancock said three million coronavirus vaccine doses have now been administered across the UK.

He tweeted that he was ‘delighted’ with the news, adding: ‘We’re accelerating the Covid vaccine rollout across the UK.’

Some large high street pharmacies, including Boots and Superdrug, have begun the process of administering vaccines.

Six stores across England were in the first group to administer the jabs from Thursday as the Government aims to hit its target of vaccinating around 15 million of those most at-risk by mid-February.

A regional breakdown of vaccination figures in England, up to January 10, showed a mixed performance.

A total of 447,329 doses were administered in the Midlands but London has delivered just 237,524 doses and the capital’s mayor Sadiq Khan said he was ‘hugely concerned’.

The NHS England figures indicate about half of people aged 80 and over in north east England and Yorkshire have received their first dose but just three-in-10 in eastern England and London.