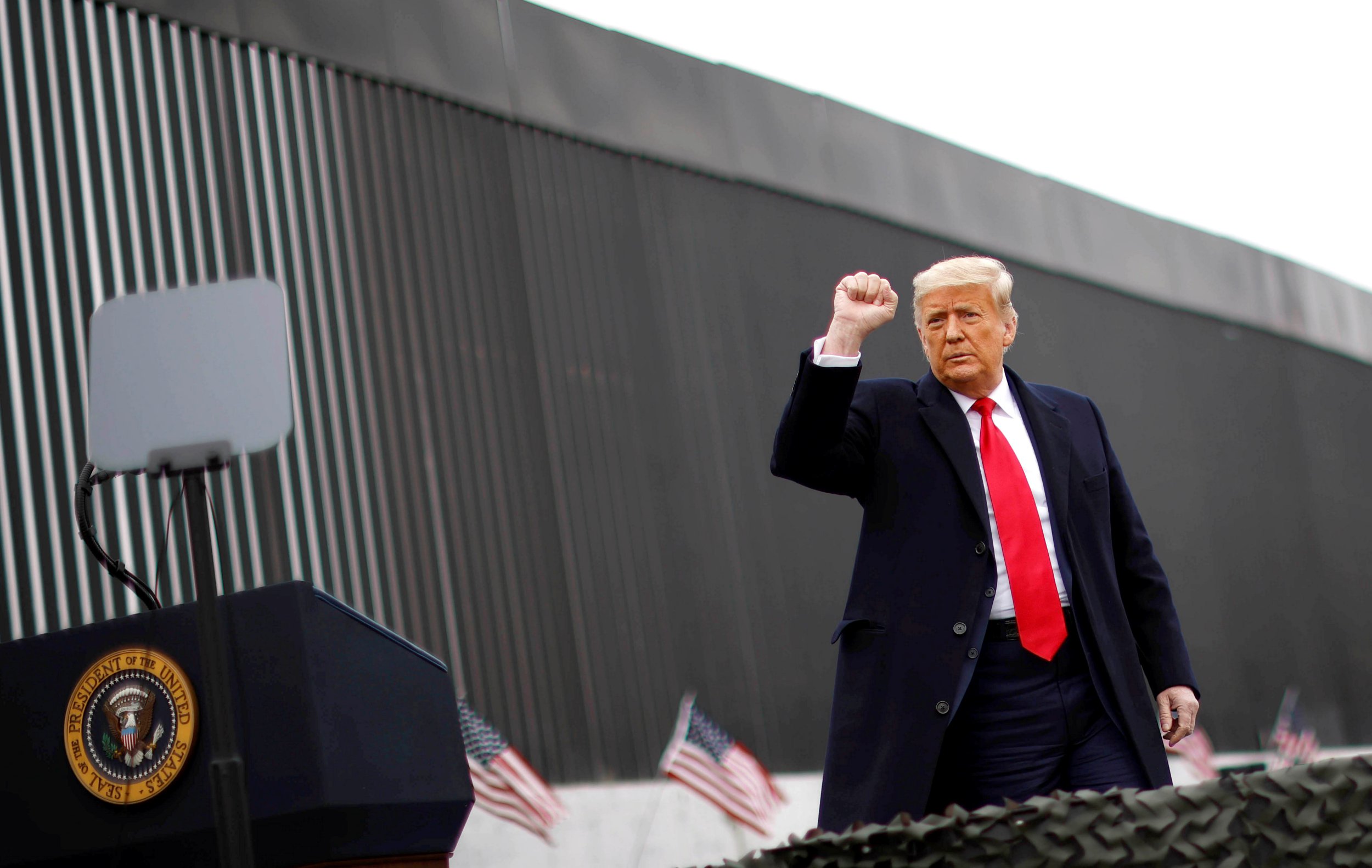 Donald Trump continues to claim he won last November’s presidential election despite there being fewer than 150 hours of his presidency remaining. The President of the United States repeatedly said ‘I won’ while flying to Alamo in Texas on Tuesday to inspect his border wall, it is claimed.

Trump’s advisers have also discussed the possibility of him resigning from office before Joe Biden’s January 20 inauguration. But the president is said to be against the idea, after highlighting how disgraced ex-President Richard Nixon disappeared from public view following his August 1974 resignation.

Quitting early could spare Trump an impending impeachment trial, with a conviction at that trial banning him from running again in 2024. Trump is also said to have been keen to appear at the US House of Representatives in person on Tuesday as representatives debated whether to impeach him.

They ultimately voted to begin impeachment proceedings following last week’s US Capitol riots, making Trump the first president in history to face the process twice. According to The New York Times, Trump has also continued to discuss the possibility of pardoning himself before leaving office.

He has not been charged with any crimes, with his lawyers cautioning that any such pardon could rile prosecutors who are currently probing his finances. A pardon would not cover charges filed by individual US states, and could also open Trump up to civil damages claims following the January 6 riots that killed five.

Last week’s chaos at the Washington DC seat of government saw Trump finally agree to an orderly transition of power to President-elect Biden. He went on to reveal that he would not be attending Biden’s inauguration ceremony, amid claims Trump wants to take one last flight on Air Force One before his term ends.

Trump’s latest impeachment sees him charged with inciting violence against the US government, after he appeared at a rally contesting Joe Biden’s win hours before the riots.

The president, who has continued to make unfounded claims of electoral fraud, urged his supporters to protest at the Capitol during Biden’s certification hearing.

He will be tried by the US Senate, although that trial will not take place until after Biden has been inaugurated. A conviction would see Trump banned from running for office again, lose his Secret Service protection, and also a generous seven figure travel allowance.

Trump is said to have become an increasingly isolated figure as his presidency draws to a close, with his beloved Twitter account permanently taken off him by the social media site’s bosses.

Several White House aides resigned in protest at the Capitol riots, with many remaining staffers said to be trying to avoid the Oval Office during the final days of their boss’s administration.