A landlord and her husband who brazenly camped for weeks in the backyard of their tenant’s home have been forced to leave the property after the council stepped in.

Homeowner Pascale Hubert and her husband sparked outrage after setting up a teepee and moving in without warning at the Yamba home on the NSW north coast.

Tenants Nicky and William and their three young children were sent a text informing them of the impending move by Ms Hubert on Christmas Day.

Despite complaints and community outrage, police were reportedly powerless to remove the couple as it was part of their $560-a-week lease agreement.

But in a surprise development, Clarence Valley Council discovered the couple were in breach of illegally occupying the property. 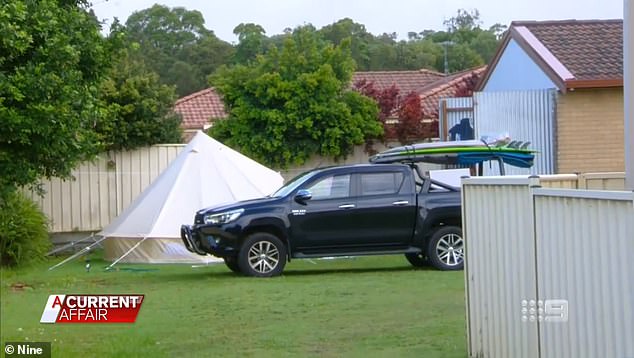 ‘The council said that they (the landlords) can actually stay on the property in a tent but for only two days at a time’, Nicky told Nine’s A Current Affair.

Ms Hubert and Mr McDonald have now left the backyard and moved to Sydney.

‘They (landlords) were advised that occupying the property for longer than is permissible may result in Council issuing an infringement notice’, the council said in a statement.

‘She (Ms Hubert) was unaware of the Regulation and apologised for staying longer than permissible’. 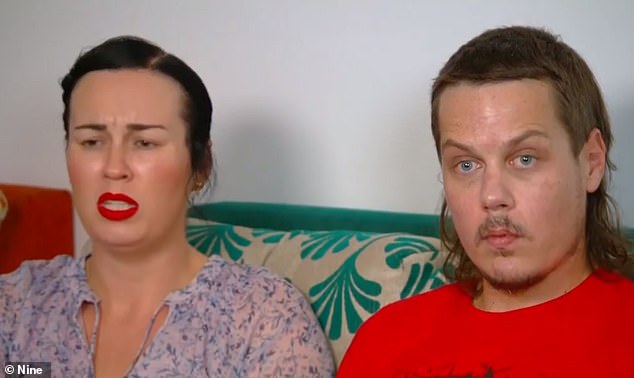 But the homeowners didn’t leave without a fight – with the shirtless ‘Ronald McDonald’ taunting Nicky’s husband by saying he’s a ‘marked man.’

The council claim they are working with local real estate agents to better understand the rules around camping on private property.

Before council came to the rescue of the traumatised family, Ms Hubert claimed she was justified in taking over the back of the block as per their lease agreement.

The rental contract includes the phrase ‘rear yard is not included’. 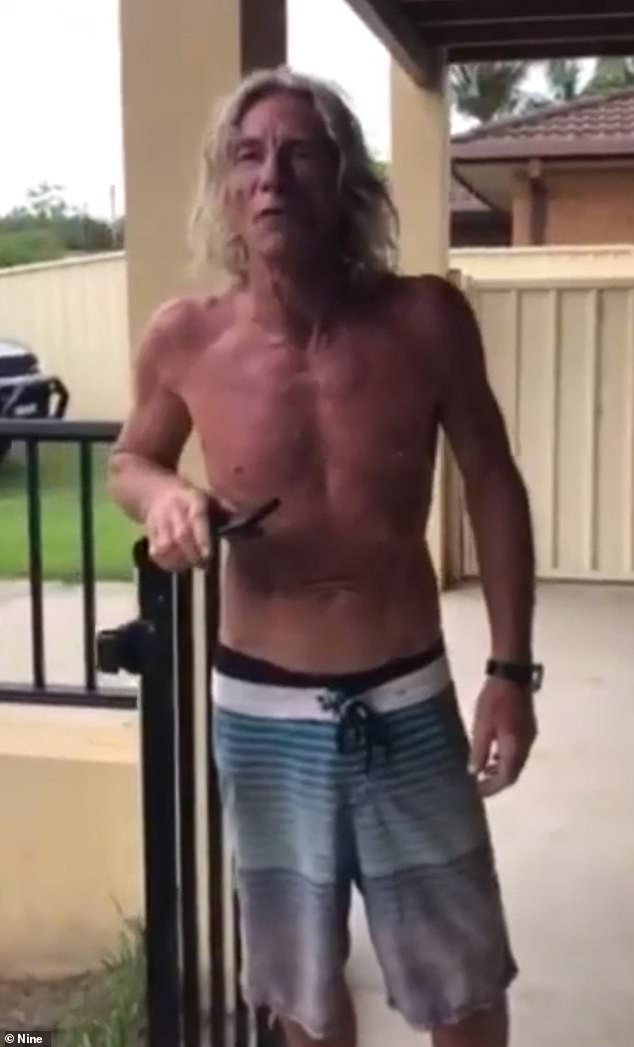 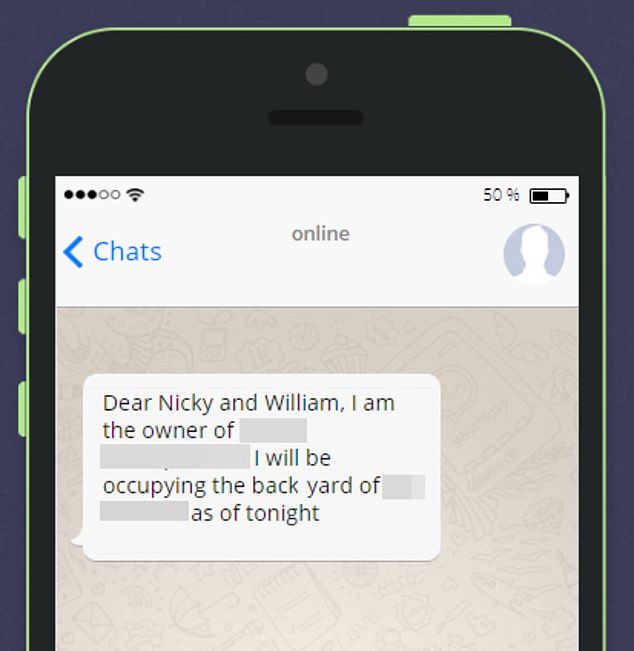 ‘Our children are terrified, they keep asking, ‘Who are they?’ and we can’t give them any answers,’ Nicky said.

The landlord’s husband was also filmed having a number of heated confrontations with the couple, including one occasion where he ordered the pair to move their car.

‘Listen here, s*** for brains, I’ve given you a warning, move that frigging car now, you are in big s***,’ he said in one video filmed by the tenants.

Tenant advocates argued the landlord was trespassing by using the side of the house to get to the backyard.

‘It could be that the landlord is trespassing whenever they go across that driveway area because they are entering into a place that they’ve given someone else possession,’ Tenants Union of NSW CEO Leo Patterson Ross said.

On Thursday 7 January we issued advice to the property owner of … Clause 77 of the Local Government (Manufactured Home Estates, Caravan Parks, Camping Grounds and Moveable Dwellings) Regulation 2005, which states that

They were advised that occupying the property for longer than is permissible may result in Council issuing an infringement notice.

Mrs Hubert contacted us immediately on receipt of the letter to advise she was unaware of the Regulation and apologised for staying longer than permissible. She and her husband had by then returned to Sydney and do not plan to return and repeat offend.

We also advised the tenants of … of the action taken.

We will work together with local real estate agents to help them to better understand the rules around camping on private property. The attached fact sheet with more information is available to the community on our website

Statement supplied to A Current Affair