Free access to beaches and tap water on demand were some of the biggest culture shocks a German expat encountered when she moved to Australia.

Travel blogger ‘Samira So’ bid farewell to her historic hometown of Cologne in northwest Germany for the sunnier climes of Perth, WA, in August 2018, but there’s still some things she struggles to come to terms with.

Standout differences include the sky high cost of parking and speeding tickets Down Under, along with open-air barbecue areas, free public toilets and drive-through bottle shops, Samira revealed in a series of TikTok videos.

The clips, which have been viewed 145,906 times since they were uploaded online on November 12, have sparked some amusing responses. 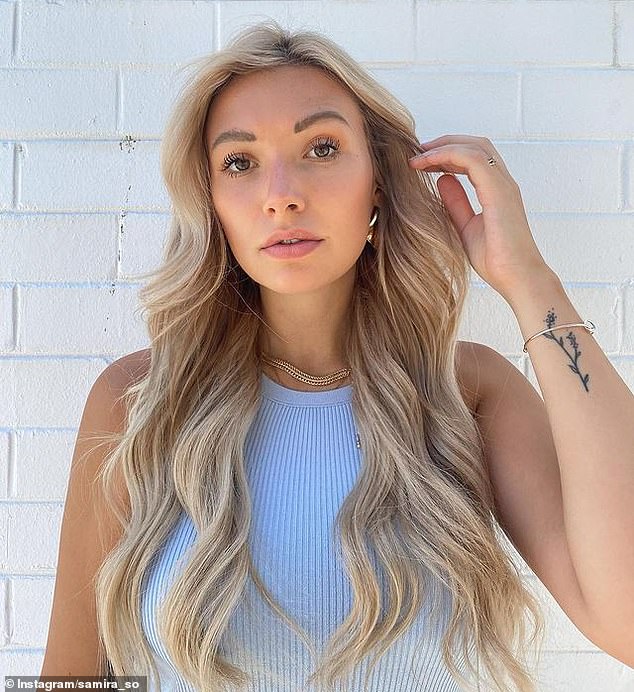 Widely regarded as some of the finest in the world, Australia’s pristine white sand beaches have left countless visitors speechless.

But while their beauty is unquestionable, Samira was more taken aback by the fact they are free.

‘You can go to any beach for free, while in Germany you literally have to pay a specific tax… who wants to pay for the beach?’ Samira asked.

Private beaches with ticketed entry were once common along the North and Baltic coastline, but a 2017 ruling from Germany’s federal court ordered the public should not be charged to walk or swim on the country’s beaches.

The landmark decision came after a private beach on the North Sea, 170 kilometres west of Hamburg, was sued by two residents of neighbouring towns who demanded it scrap its €3/$4.50 (AUD) fee and provide free access. 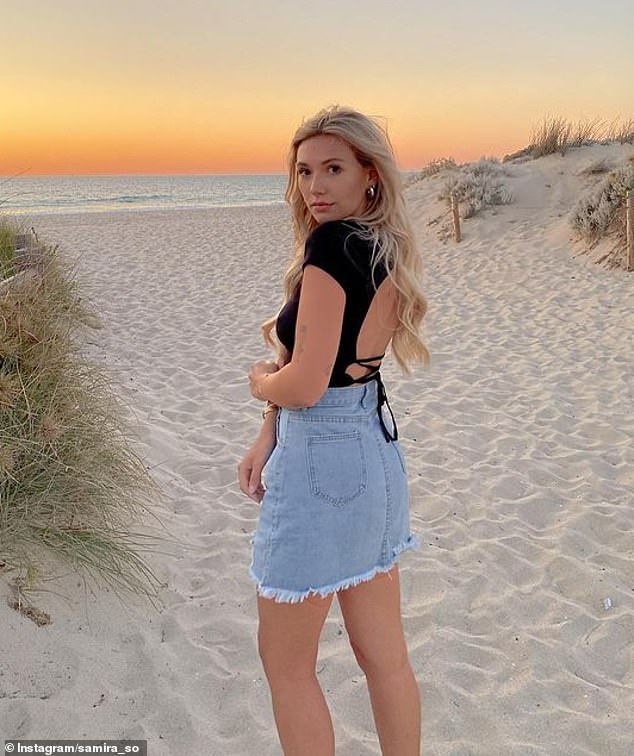 The beauty of Australia’s beaches has been known to take breaths away, but Samira (pictured on a beach in Esperance, WA) was was more taken aback by the fact they are free

Samira was also taken aback by the free tap water available in Australian bars and restaurants.

‘Sometimes if you ask for tap water, they won’t even give it to you which is ridiculous,’ she said.

Australian venues are legally required to supply ‘cold drinking water’ under the 2002 Liquor Regulation Act, but whether the water is served free or at ‘reasonable cost’ can vary between states and territories.

She said she was delighted by the number of public toilets scattered across Perth, coming from a country where bathrooms almost always charge for entry. 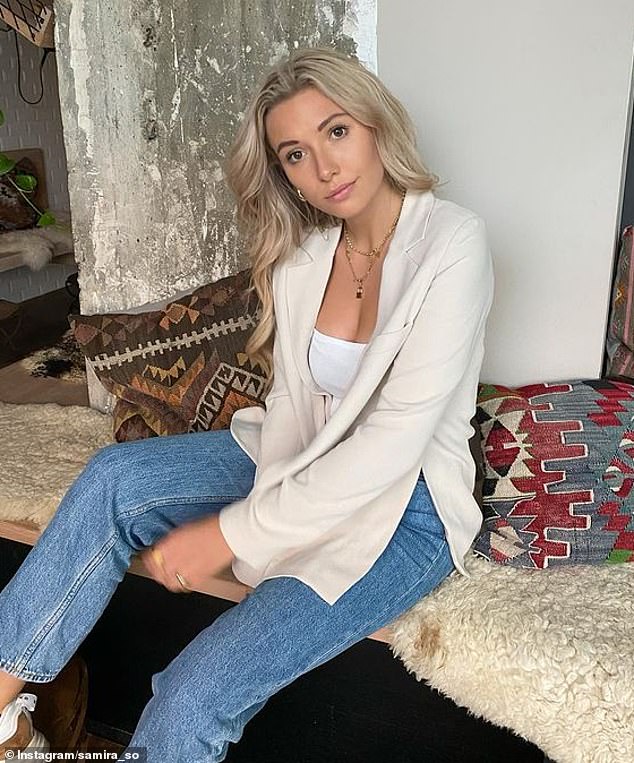 Samira (pictured in Marrakech, Morocco) was also taken aback by the tap water freely available in Australian bars and restaurants as mandated under federal law

* No coin slots on supermarket trolleys

On her first trip to an Australian supermarket Samira was surprised to see staff collecting trolleys and returning them to the bay.

In Germany, shoppers slot €2 coins into trolleys to release them from the bay and bring them back after loading groceries into their cars to recoup the money.

However some viewers wondered where Samira is living because they have paid for trolleys their entire lives.

‘I dunno where you are in Aus but we have to put coins in trolleys as well! It’s only a few places we don’t need to,’ one woman wrote.

Samira said she was thrilled by the plethora of open-air barbecue areas dotted around major cities and regional towns across Australia. 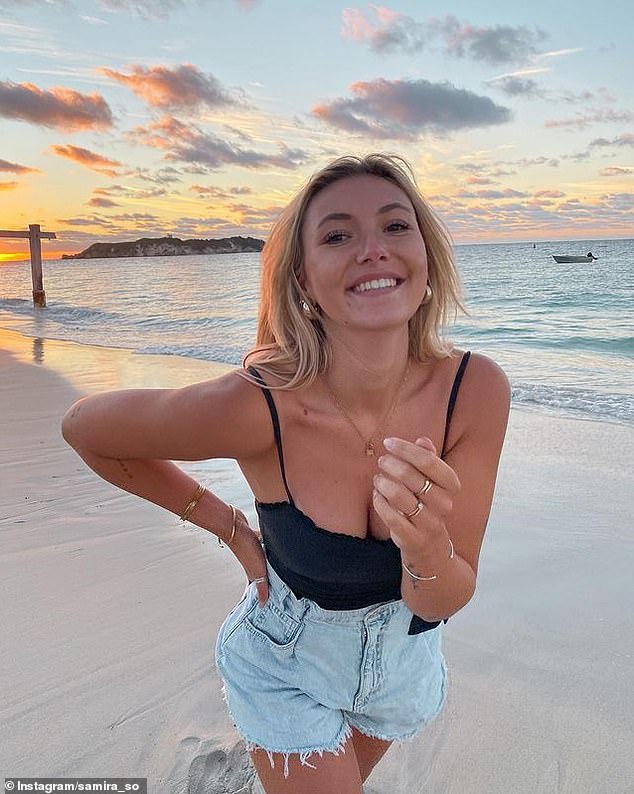 Samira was shocked by the heavy fines slapped on Australian drivers who break the speed limit or park their cars in a non-designated space.

‘But here [in Perth] it’s way too expensive – I was so shocked the first time I got a fine.’

Samira was also amazed by Australia’s drive through bottle shops, with many BWS’ in regional towns and on the outskirts of cities offering the service to the side of the store. 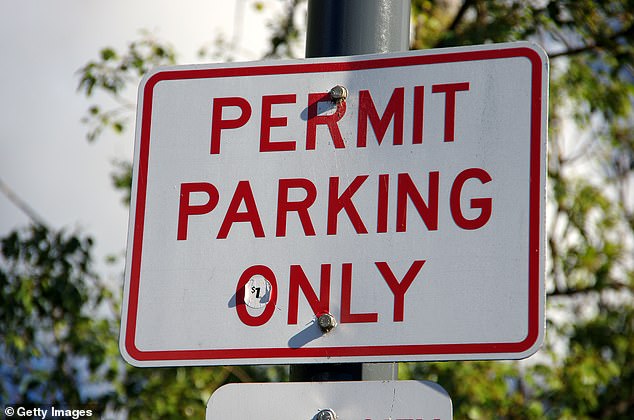 Samira was shocked by the heavy fines slapped on Australian drivers who break the speed limit or park their cars in a non-designated space (pictured, a parking sign in Melbourne)

‘I was so surprised driving through it the first time!’ she said.

In Germany, which does not have drive through liquor stores, alcohol is sold in corner shops, service stations and occasionally on newspaper stands.

In an interview for the Hostel G Perth blog, Samira said she generally finds Australians to be ‘a little bit more open-minded and relaxed’ than her German compatriots.

‘I also realised there is so much more space here. The cities in Germany don’t have that many parks or green areas in general,’ she added.