Leicester have been dealt an injury blow with the news that Dennis Praet will be out for around three months.

The 26-year-old midfielder pulled up in the final few minutes of the FA Cup victory at Stoke after he stretched to reach a Youri Tielemans pass.

If Praet is ruled out until mid-April, he could miss a dozen or so Premier League games, two rounds in the Europa League, plus the next three rounds of the FA Cup. 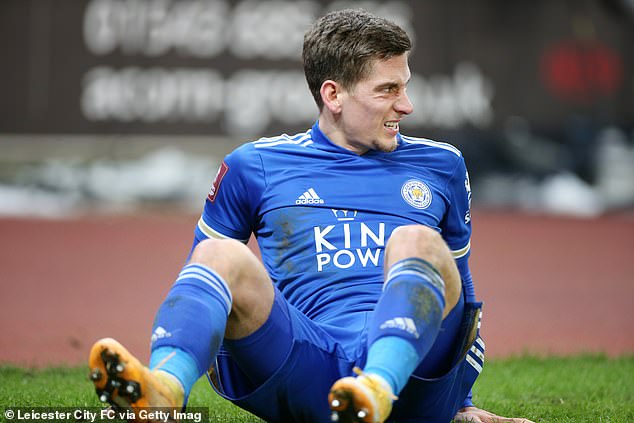 ‘Dennis will be (out for) up to three months, we think, which is a huge blow for us,’ said Leicester boss Brendan Rodgers.

‘It was an awkward one for him at the time, the ball just popped up and he over-stretched. It was not quite his hamstring but a tendon in the hamstring. Obviously we need to ensure his recuperation is the best it can possibly be.

‘He is going to be out for a while, which is not so good for us.’

It remains to be seen whether Praet’s injury will affect Rodgers’ thinking in terms of allowing Hamza Choudhury to leave the club. 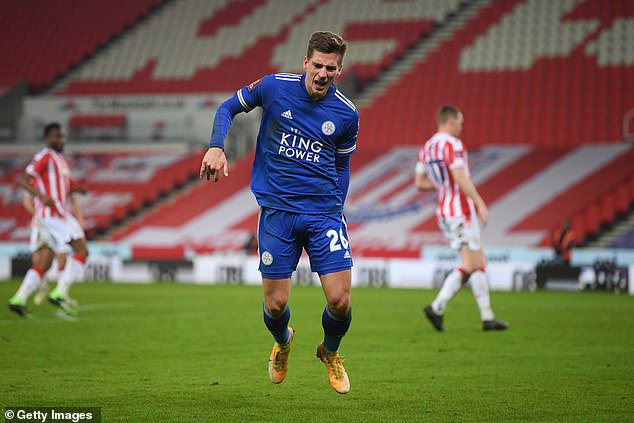 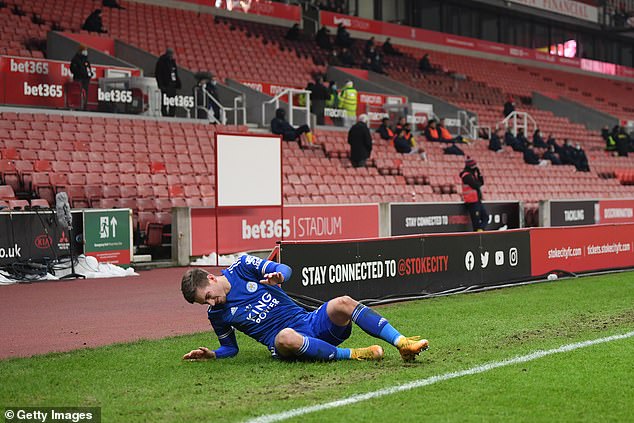 Leicester have received offers for Choudhury, with West Brom and Newcastle reportedly linked with a move for the 23-year-old, but Rodgers could now be reluctant to let him leave for fear of further weakening the options in midfield.

‘It is certainly something we have to look at,’ said Rodgers. ‘We are certainly not in a rush to move Hamza out but we respect that we have some players who are a bit further away from playing and may want to get some game time.

‘I understand that and I want to support and help that, but I also have to look after the squad and make sure I have the right bodies here to do the job and finish what will be a busy second part of the season for us.

‘There have been enquiries for Hamza but, as I say, we are not in any big rush at the moment until we see where the squad is going to be at.’ 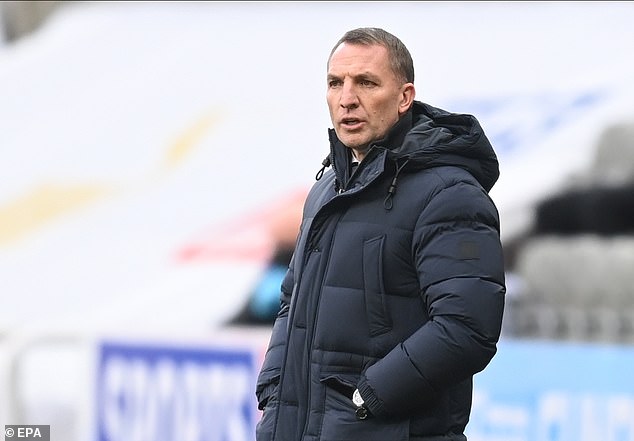 Leicester resume their Premier League campaign against Southampton at the King Power Stadium on Saturday night and Rodgers will be boosted by the return of a handful of key players, most notably top scorer Jamie Vardy (hip) and midfielder James Maddison (knee).

‘Both of those players will be available,’ said the Foxes boss. ‘It was not so much a rest at Stoke, they actually couldn’t play – or if they did play then there was going to be huge risk for them.

‘They have had ongoing issues over the course of the season, unfortunately, and that was a game where we saw a window to get some medical work done with them knowing we had other players who could come in an play. 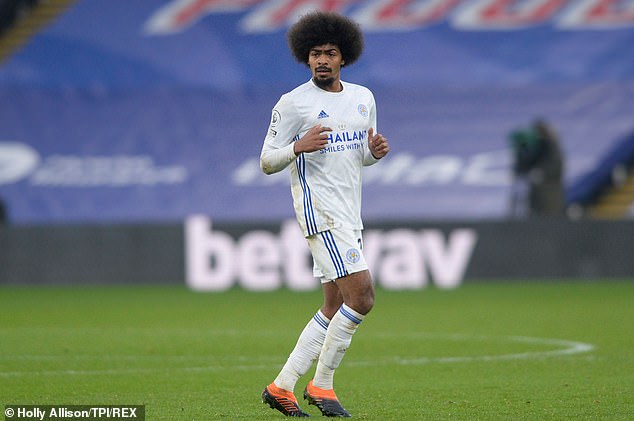 ‘But that has worked well for us as they have rejoined the group this week and will be available for the weekend.’

Right-back Ricardo Pereira (groin) and winger Cengiz Under (hamstring) have made progress in their recoveries, have resumed full training and are back in contention, although Rodgers said their returns would be managed ‘step by step’.

Fellow defender Caglar Soyuncu (groin) is also back in training and nearing a return.