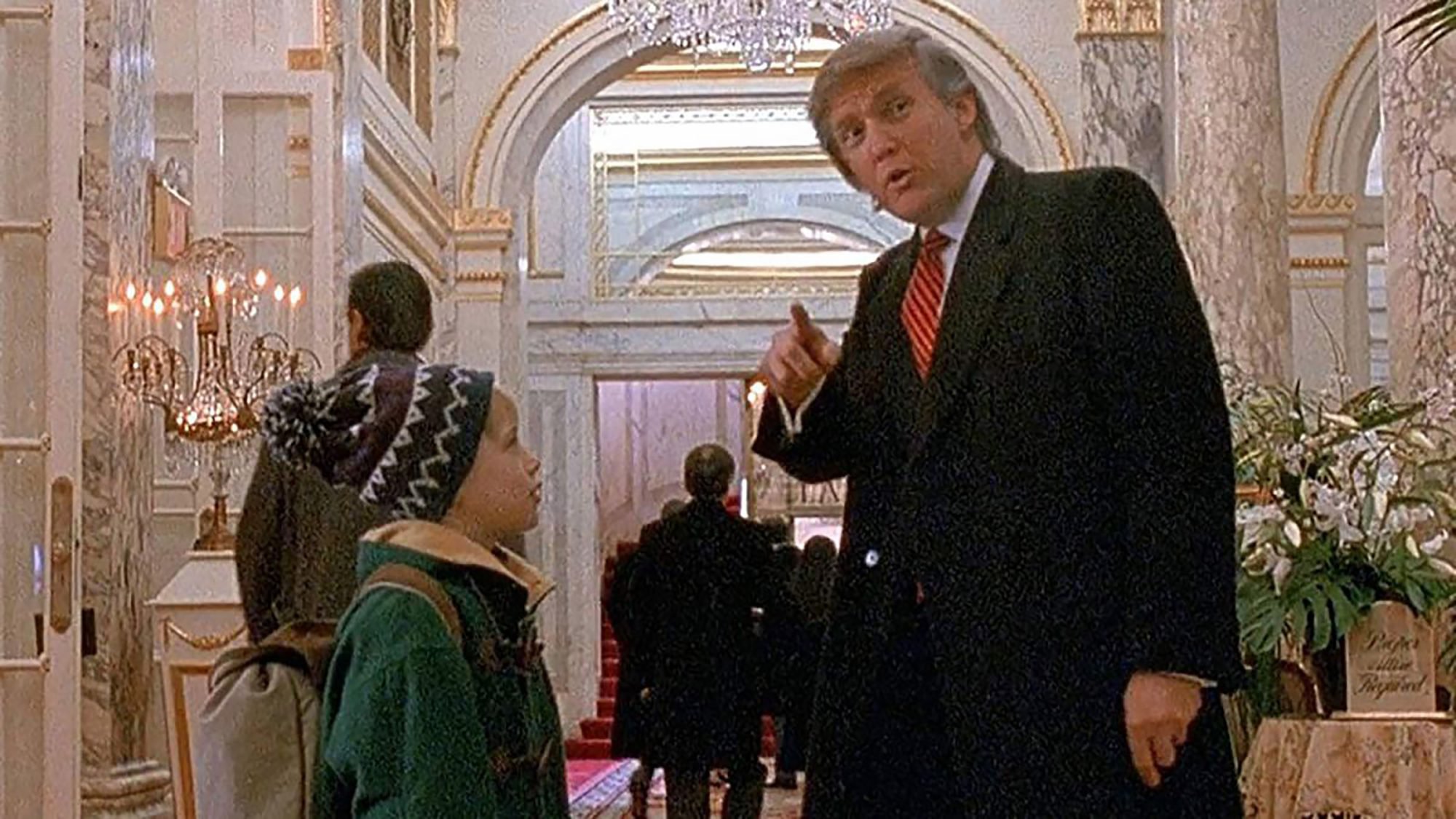 Just as Donald Trump became the first president in history to be impeached twice, Macaulay Culkin rubbed salt in the wound by supporting a petition to have the disgraced commander-in-chief removed from Home Alone 2: Lost In New York.

Fans have long called for Trump to be digitally altered out of the Christmas classic sequel, with the campaign gathering momentum after his defeat to Joe Biden in the presidential election and now with his second impeachment for inciting an insurrection before the Capitol riots.

As the new developments unfolded in Congress on Wednesday, one Home Alone fan tweeted: ‘Petition to digitally replace trump in “home alone 2” with 40-year-old macaulay culkin.’

One fan wasted no time in getting to work and shared a video of what the famous scene would look like without Trump’s cameo ‘due to popular request’.

It got the seal of approval from Macaulay, who played Kevin McAllister, who replied: ‘Bravo.’

The scene in question sees Kevin and Trump have an interaction in the New York Plaza Hotel which the president owned from 1988 to 1995. Kevin asks the former Apprentice star for directions to the lobby to which Trump points in him in the direction.

Home Alone director Christopher Columbus recently revealed that Trump ‘bullied’ his way into the movie and was never actually asked to make a cameo.

The filmmaker told Insider: ‘Trump said okay. We paid the fee, but he also said, “The only way you can use the Plaza is if I’m in the movie”.

‘So we agreed to put him in the movie, and when we screened it for the first time the oddest thing happened: People cheered when Trump showed up on screen. So I said to my editor, “Leave him in the movie. It’s a moment for the audience.”

‘But he did bully his way into the movie.’

Got a showbiz story?