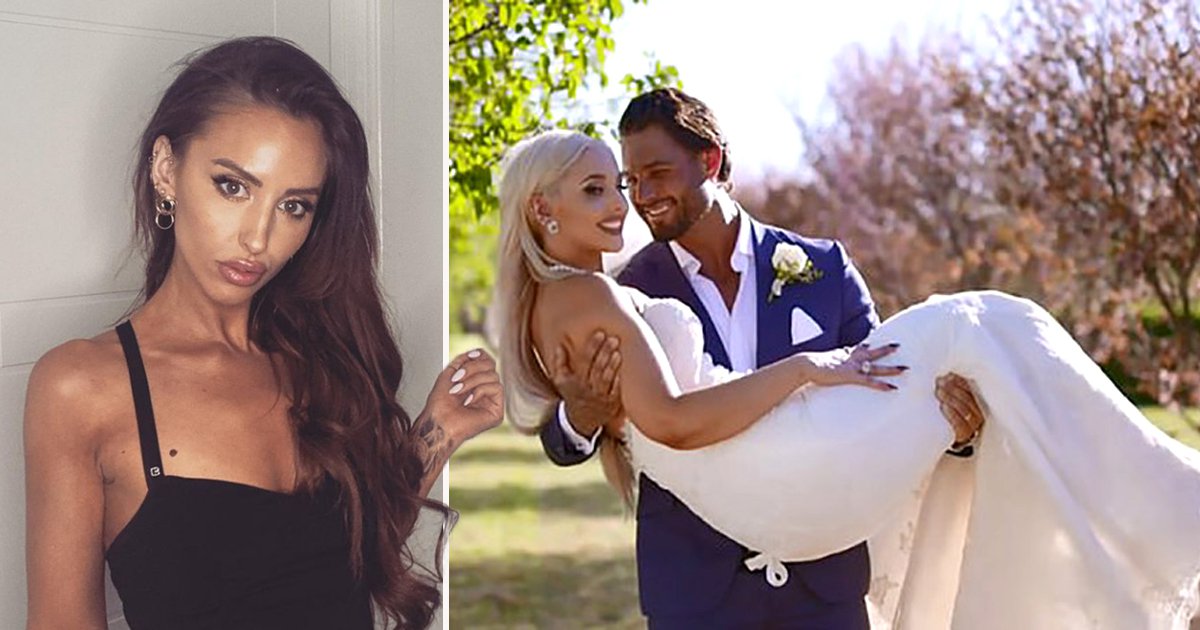 Married At First Sight’s Elizabeth Sobinoff lost 10kg (one-and-a-half stone) after being fat-shamed by her groom during season 6.

The 29-year-old was coupled up with model Sam Ball in holy matrimony, despite never meeting each other, back in 2019.

However, their relationship got off on a bad foot when he body-shamed her on their wedding day.

During the series, Sam cruelly told her that he had ‘never dated someone as big as her’ (despite her not being a ‘big girl’ at all) and added that he ‘hoped to get her running in the mornings’.

Now the series is airing on E4 in the UK, a renewed interest in the cast and its newlyweds has revealed Elizabeth has had a huge transformation.

Fast forward to today, and Elizabeth has shrunk down after hitting the gym to reduce stress and going on the 5:2 diet – which reduces calorie intake to 600 calories twice a week, while eating normally the rest of the time.

Speaking about her transformation, Elizabeth says her looks aren’t the be all and end all for her and wants to shed light on living a healthier and happier lifestyle.

‘It’s still very much me,’ she told WHO Magazine. ‘I know people are going to say, ‘Well, you look completely different to how we saw you [on the show]’  – but don’t always focus on the outer shell.

‘This has always been me. We grow, as people. I don’t glorify weight [loss] and be like, “I’m better now”.’

If you’ve got a celebrity story, video or pictures get in touch with the Metro.co.uk entertainment team by emailing us [email protected] calling 020 3615 2145 or by visiting our Submit Stuff page – we’d love to hear from you.

MORE : Graham Norton says he finds it ‘weird’ gay men are ‘expected’ to get married and have children