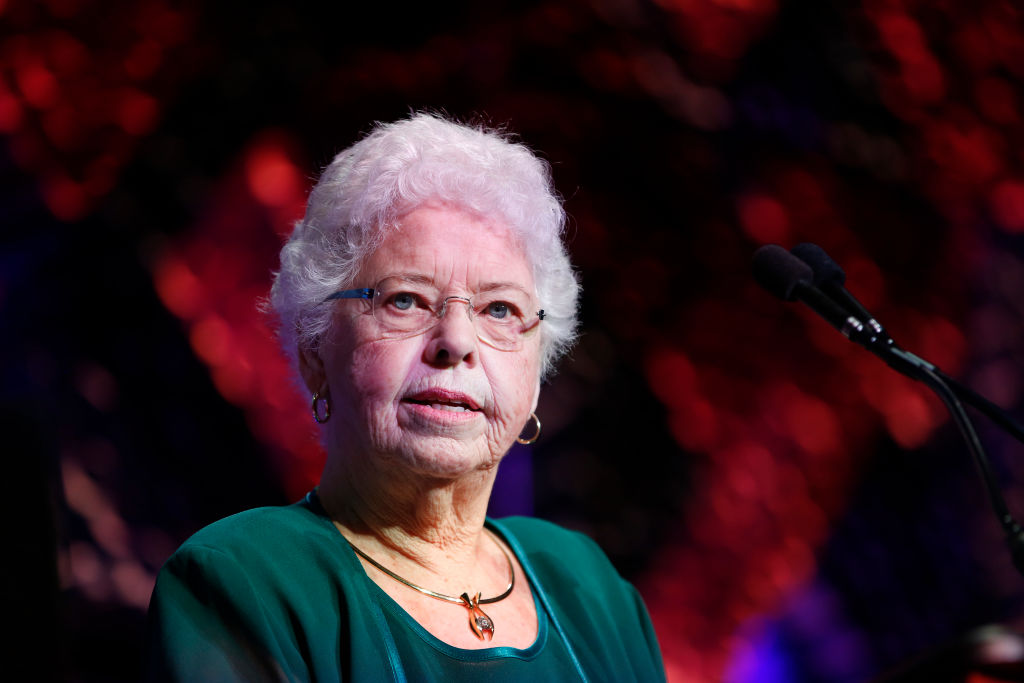 Mister Rogers’ wife, Joanne Rogers, has died at the age of 92.

Joanne was married to Fred Rogers, the host of children’s TV series Mister Rogers’ Neighborhood that aired in the US between 1968 and 2001.

Her death was confirmed by Fred Rogers Productions and the McFeely-Rogers Foundation and comes 17 years after Mister Rogers died, aged 74, in 2003.

Joanne is believed to have been hospitalised for several days and her cause of death is currently unknown.

A statement confirming the sad news was shared on Twitter, it read: ‘Fred Rogers Productions is deeply saddened by the passing of Joanne Rogers.

‘The loving partner of Fred Rogers for more than 50 years, she continued their shared commitment to supporting children and families after his death as chair of the board of Fred Rogers Productions.’

The statement continued: ‘Joanne was a brilliant and accomplished musician, a wonderful advocate for the arts, and a dear friend to everyone in our organization.

‘We extend our heartfelt condolences to Joanne’s family and the thousands of people who had the privilege of knowing and loving her.’

Fans were quick to pay tribute to Joanne, with many expressing their comfort that she has finally been reunited with her husband of 50 years Fred.

Their marriage was explored in the 2019 biopic A Beautiful Day in the Neighbourhood that was based on the life of Mister Rogers, who was played by Tom Hanks onscreen.

Joanne was played by Maryann Plunkett and she had met with the actress to help Plunkett prepare for the role.

Both Hanks and Rhys’ performances were praised by critics, with Hanks receiving nods for the role at the Academy Awards, Golden Globes, Critics’ Choice and SAG Awards for Best Supporting Actor.

Speaking about the movie, Joanne had said: ‘I loved it. I think Tom is a genius, almost. I want to give credit, Tom Hanks has got lots and lots of good press and he deserves every bit of it.’

Joanne reportedly met Fred at Rollins College in Florida. The couple are survived by their two sons James and John and three grandchildren.