Now get your jab on the High Street

Covid vaccinations will be available in some high street pharmacies from today.

The injections are being rolled out at 200 locations over the next fortnight, both at the major chains and independent chemists.

Boots in Halifax and Superdrug in Guildford will be among the first six sites to administer the injections.

Yesterday, Asda announced it had been given the green light for pharmacy staff to administer the Pfizer-BioNTech vaccine at a branch in Birmingham from January 25.

It will operate in a former clothing section seven days a week from 8am to 8pm for people who receive an appointment from the NHS.

Officials said each mass vaccination site must have capacity to deal with 1,000 appointments a day and allow for social distancing.

It comes as Boris Johnson yesterday pledged to launch a 24/7 vaccination service ‘as soon as we can’ after bowing to immense pressure to ramp up the immunisation drive. 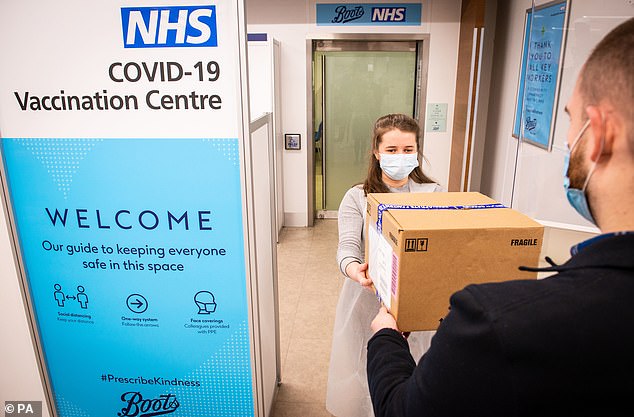 The injections are being rolled out at 200 locations over the next fortnight, both at the major chains and independent chemists. Pictured: Vaccination centre at Boots in Halifax 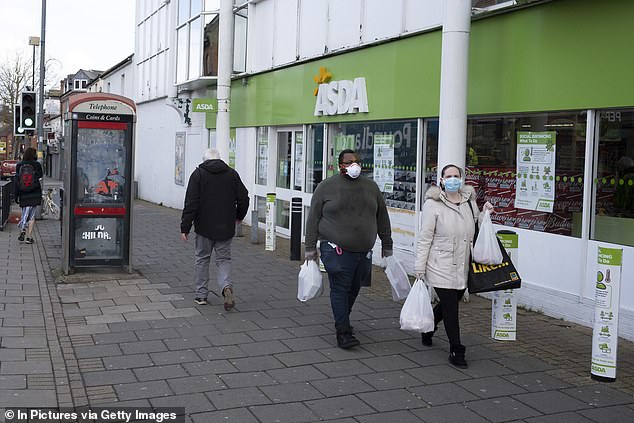 Yesterday, Asda announced it had been given the green light for pharmacy staff to administer the Pfizer-BioNTech vaccine at a branch in Birmingham from January 25

Speaking at Prime Minister’s Questions, Mr Johnson said: ‘We’ll be going to 24/7 as soon as we can. And Matt Hancock will be setting out more about that in due course.’

No10 will run a pilot of round-the-clock vaccinations to gauge whether there is enough demand to keep jab hubs open through the night, according to senior Government sources.

But there are serious doubts over whether ministers can deliver the 24-hour scheme amid growing concerns over vaccine supply.

Mr Johnson admitted in the Commons: ‘At the moment the limit is on supply.’

Matt Hancock hinted on Wednesday that problems in the supply chain were also behind the decision to slow down the roll-out of jabs in parts of the country.

However, the Health Secretary said it was ‘fantastic’ that jabs were now available on the high street because they will make a ‘big difference’ to the rollout.

He added: ‘Pharmacies sit at the heart of local communities and will make a big difference to our rollout programme by providing even more local, convenient places for those that are eligible to get their jab.

‘Pharmacists have worked tirelessly throughout the pandemic, often acting as the first port of call for medical advice – and often staying open when all around have closed.’

The eventual 200 community chemists join seven mass-vaccination centres that opened this week, as well as 200 hospital hubs and about 800 GP sites.

GP practices that have already inoculated every patient over the age of 80 and are now looking to dish the jabs out to the over-70s have had their deliveries cancelled because minsters want to avoid a postcode lottery, according to The Telegraph.

Vaccines will be given by appointment only, with people invited to choose either a mass-vaccination centre or pharmacy site through a national booking service. 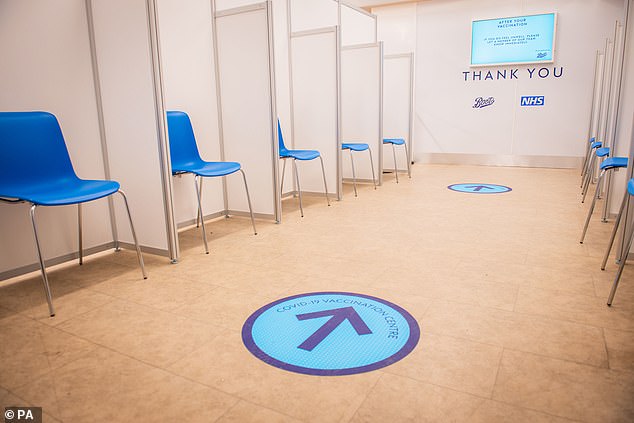 Matt Hancock said it was ‘fantastic’ that jabs were now available on the high street because they will make a ‘big difference’ to the rollout. Pictured: Boots in Halifax

If neither is suitable, patients can wait to be contacted by their family doctor – but this could mean waiting a few more weeks as GPs work through their lists.

The Government needs to vaccinate around two million people a week if it is to reach the 14million most vulnerable people by February 15.

Officials insist they are on track to meet the target but supply issues seem to be an issue, with fewer than 208,000 vaccines administered yesterday.

The pharmacy industry had urged the Government to let them help – as they do annually with the flu vaccine.

Mark Lyonette of the National Pharmacy Association said: ‘Community pharmacists are eager to play their part in the Covid-19 vaccination programme, and as trusted healthcare professionals they will have a key role in achieving widespread uptake.’

Michael Henry of Superdrug said: ‘Today sees a significant step forward in making the vaccination more accessible to people most at risk from coronavirus as our pharmacists and nurses use their clinical expertise to deliver the vaccine.

‘Guildford is the first of five current Superdrug sites to support the NHS with the rollout of its critical vaccination programme and we are in active discussions for additional vaccination sites through further pharmacy involvement.’

Seb James of Boots said: ‘Our pharmacists are experts in vaccination programmes and have a trusted role at the heart of our local communities.

‘Pharmacies are extremely well-placed to support the rollout of this vaccine quickly and safely.’