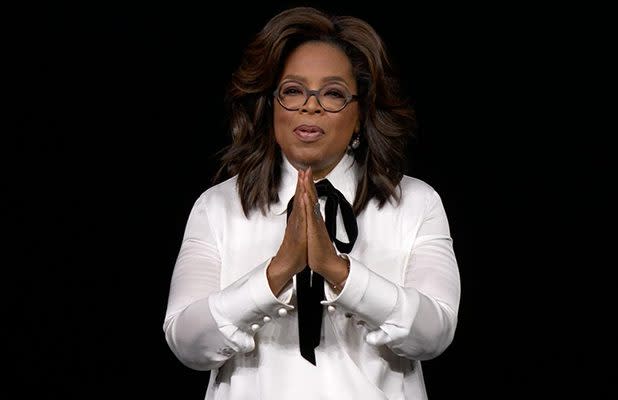 Per Apple, “The Oprah Winfrey documentary will chronicle 25 years of American history through the lens of one show and one woman, who rose from humble roots to become a billionaire, philanthropist, actress, media executive, and agent of social change.”

Rolake Bamgbose will serve as showrunner on the currently untitled project, which is being produced by Happy Street.

This is the latest project that Apple and Winfrey have collaborated on, as the iconic producer and talk show host’s “The Oprah Conversation,” “Oprah’s Book Club” and “Oprah Talks COVID-19” currently stream on Apple TV+.

Winfrey signed a multiyear content partnership deal with Apple in June 2018. Under the non-exclusive pact, Winfrey produces “original programs that embrace her incomparable ability to connect with audiences around the world.”

In addition to her partnership with Apple, Winfrey has a deal to remain chairman and CEO of the Discovery-owned Oprah Winfrey Network (OWN) through at least 2025. Last month, Discovery increased its ownership of the OWN cable network to 95%. In exchange, Winfrey receives a $35 million stake in Discovery, an individual with knowledge of the deal told TheWrap.