Overseas travellers have been evacuated from a quarantine hotel after a laundry caught on fire.

Guests at the Sudima Hotel in Rotorua, south of Auckland in New Zealand, fled the building at 1.05pm NZDT on Thursday after smoke was seen billowing from the roof.

Three of the six blocks in the hotel were evacuated with the help of Managed Isolation and Quarantine workers, along with security and police. 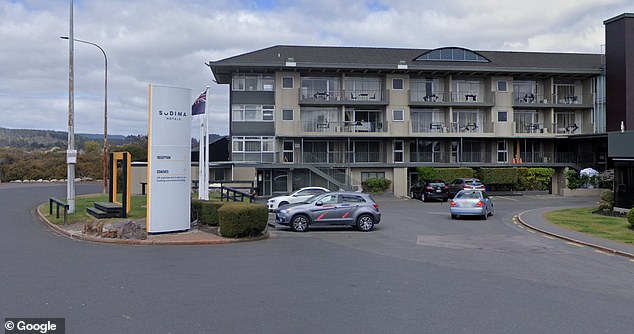 Guests at the Sudima Hotel in Rotorua (pictured), south of Auckland in New Zealand, fled the building at 1.05pm on Thursday

‘Strict infection prevention controls, developed by the Ministry of Health, [were] followed to manage the risks of spreading Covid-19,’ she said.

‘These protocols include use of PPE and masks and physical distancing rules.’

A photographer told the New Zealand Herald he heard a roll call being taken behind white screens at the back of the hotel.

Guests were slowly returned to their rooms throughout the afternoon. 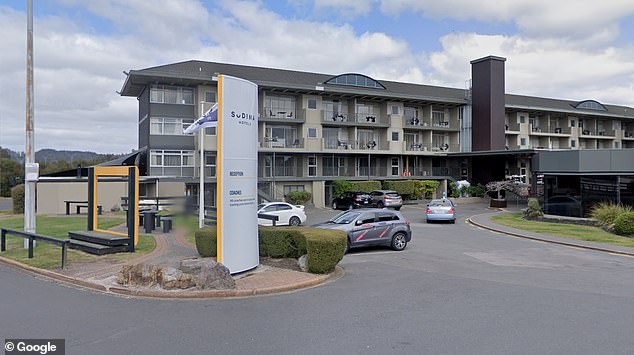 The blaze marked the second time in six months the Sudima Hotel had a quarantine disaster.

In September, a man who was supposed to be in isolation after flying to Rotorua from Brisbane escaped the facility through a security fence.

He was found after half an hour, but the situation had authorities racing to find out where he went and who he came into contact with during that time.

The man posed a low public health risk and tested negative for the virus three days after arriving in New Zealand.

Authorities assured residents there would not be another quarantine escape.