A huge three-metre crocodile has been filmed crossing a dirt road in the remote Kakadu National Park in the Northern Territory.

Park ranger Jenny Hunter filmed the video on Wednesday with her partner Andy Ralph sending out a warning to local communities in the area.

The croc can be seen lumbering across the dusty, red road in front of Ms Hunter’s four-wheel-drive with something in its jaws, that people commenting online suggested might be a small animal. 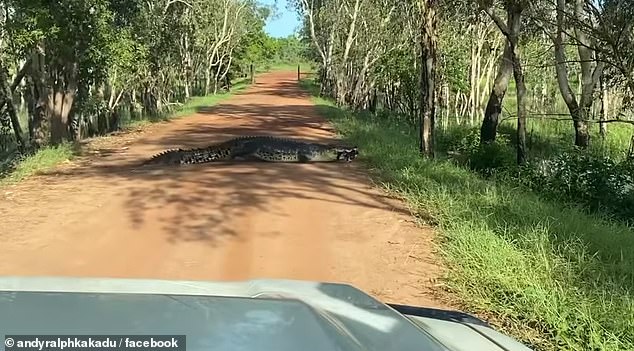 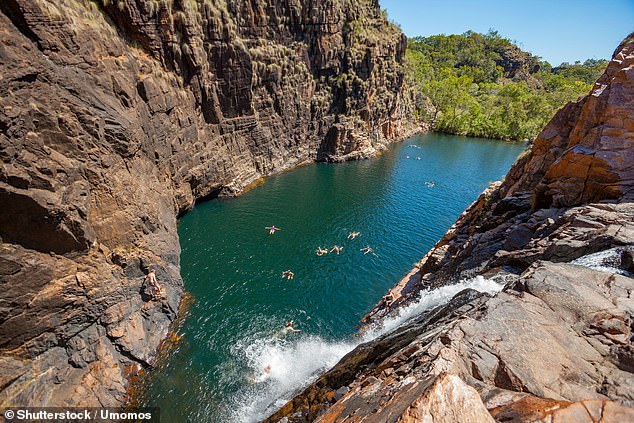 Kakadu National Park (pictured) is a world UNESCO heritage site  has a population of 10,000 crocodiles

‘A decent-sized crocodile is moving about the causeway and is not shy in doing so,’ Mr Ralph warned on Thursday afternoon.

Rangers in the Kakadu area have recently put up warning signs about the risks from crocodiles after moderate flooding earlier in January.

‘Remember, just about every creek, culvert and waterhole in Kakadu has a croc in it during the wet season – so be on the lookout and stay safe,’ he wrote.

‘Just another day in the Territory,’ one person wrote. 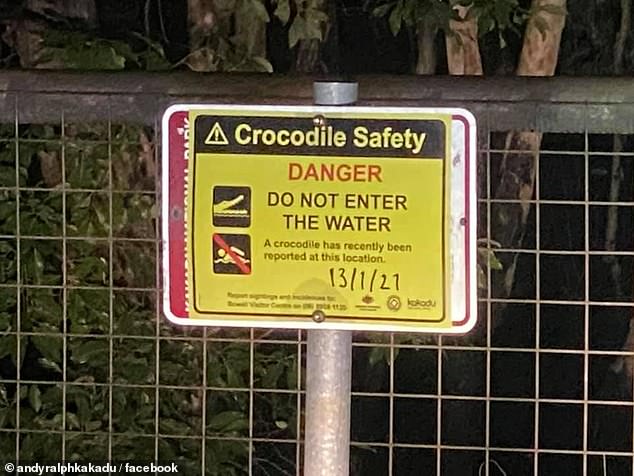 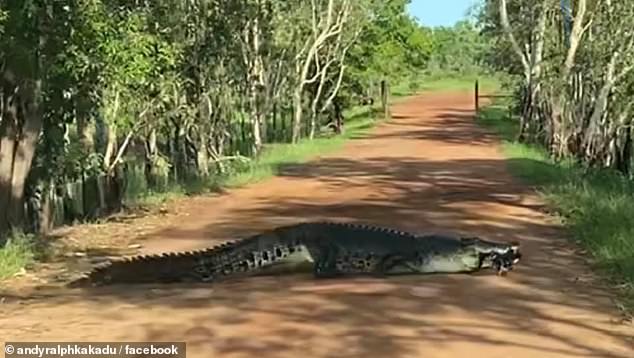 ‘Just went out for a bit of lunch, looks like it could be a pig or dog,’ added a third.

Kakadu has a population of about 10,000 crocodiles which are either freshwater, growing to three metres long, or saltwater, which can grow to six metres and weigh more than a tonne.