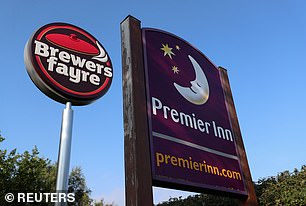 Whitbread has confirmed it has axed 1,500 jobs as sales plunged

Whitbread has confirmed it has axed 1,500 jobs as sales plunged. The Premier Inn owner saw sales more than halve after coronavirus restrictions forced swathes of its estate, including hotels, to close.

The hospitality group, which also owns chains including Beefeater and Brewers Fayre, said the redundancies were far fewer than the 6,000 initially feared thanks to more workers than expected agreeing to reduce their hours.

Whitbread said accommodation sales slumped as much as 66.4 per cent in the five weeks to December 31 as restrictions tightened, with total UK sales down 73.4 per cent.