When Benjamin Ferencz was growing up in Hell’s Kitchen, one of New York’s poorest neighbourhoods in the 1920s and 1930s, his uncle told the rest of the family, ‘Benny’s going to be either a good crook or a good lawyer.’ It turned out to be the latter. By the time he was 27, he was working as a prosecutor in the Nuremberg War Trials.

Throughout a long life since then, he has fought tirelessly for human rights. As this short but inspiring book, put together with the help of journalist Nadia Khomami, shows, he is a remarkable human being.

‘I was born in a house in a country which no longer exists,’ he writes. The house, a peasant cottage in Transylvania, had no running water, toilet or electricity. 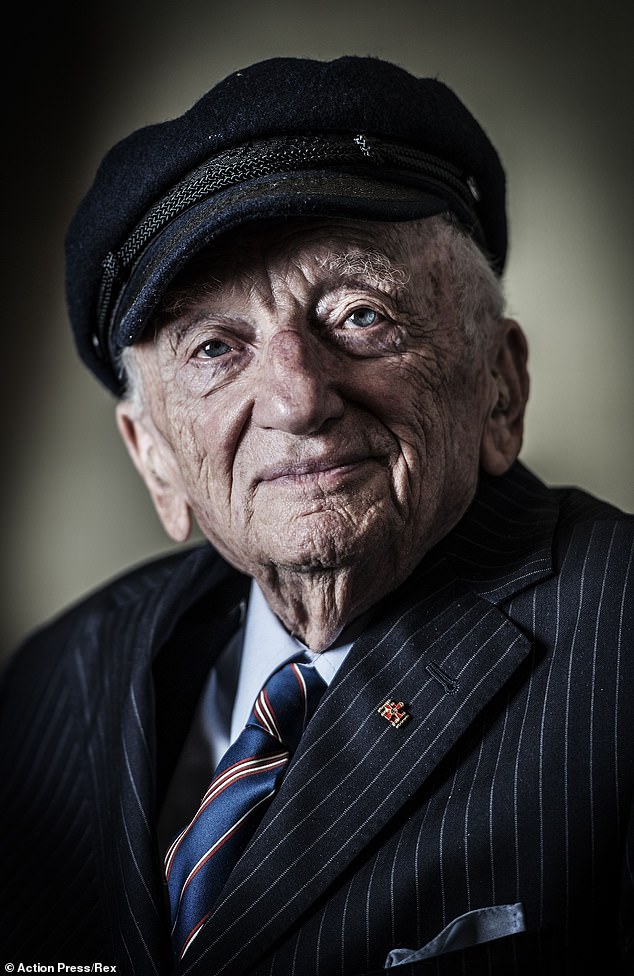 Benjamin Ferencz (pictured) was raised in one of New York’s poorest neighbourhoods in 1920s but, by the time he was 27, he was working as a prosecutor in Nuremberg War Trials

When he was nine months old, his Jewish parents took him to America. ‘We travelled third class, because there was no fourth class.’ He later joked that he came to New York under false pretences.

The immigration officer at Ellis Island didn’t recognise the Yiddish name ‘Berrel’ that Benjamin’s parents gave, so decided the new arrival was a baby girl called ‘Bella’. Once his correct sex had been established, the young Ben thrived in America.

Through hard work and natural intelligence, he escaped Hell’s Kitchen and won a scholarship to Harvard Law School. World War II interrupted his studies. Despite his short stature, he became a soldier, landing on a Normandy beach on D-Day.

‘For most, the water came no higher than their knees; for me it came to my waist.’ One advantage of his lack of height, he claims, was that the bullets went over his head. 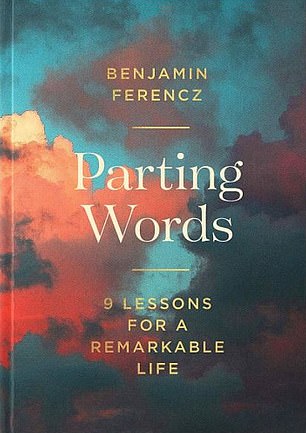 Ben was present at, or arrived soon after, the liberation of several concentration camps. ‘It was as if I had peered into hell,’ he said. When the fighting was over, Ben was recruited to join the legal team preparing the war trials. The colonel in charge remarked that he had checked Ben’s record and it seemed he was occasionally insubordinate. ‘That’s incorrect,’ Ben replied. ‘I’m not occasionally insubordinate, I’m usually insubordinate. I don’t obey what’s illegal or stupid.’ He was taken on immediately.

Vengeance was not the goal of the prosecution at Nuremberg and, indeed, what drove Ben himself was the desire to establish the rule of law. ‘Law not war’ has been his motto throughout his life.

The hope of changing people’s minds about war has kept him going for three-quarters of a century.

Given what he witnessed at Buchenwald and other Nazi death camps, the most extraordinary thing about Benjamin Ferencz in his 101st year may well be his unwavering cheerfulness.

His optimism about life and humanity shines through every page. ‘If you’re crying on the inside,’ he says, ‘you better be laughing on the outside . . . No use drowning in your own tears.’ This seems as good a message as any to take away from this testimony to one exceptional individual.