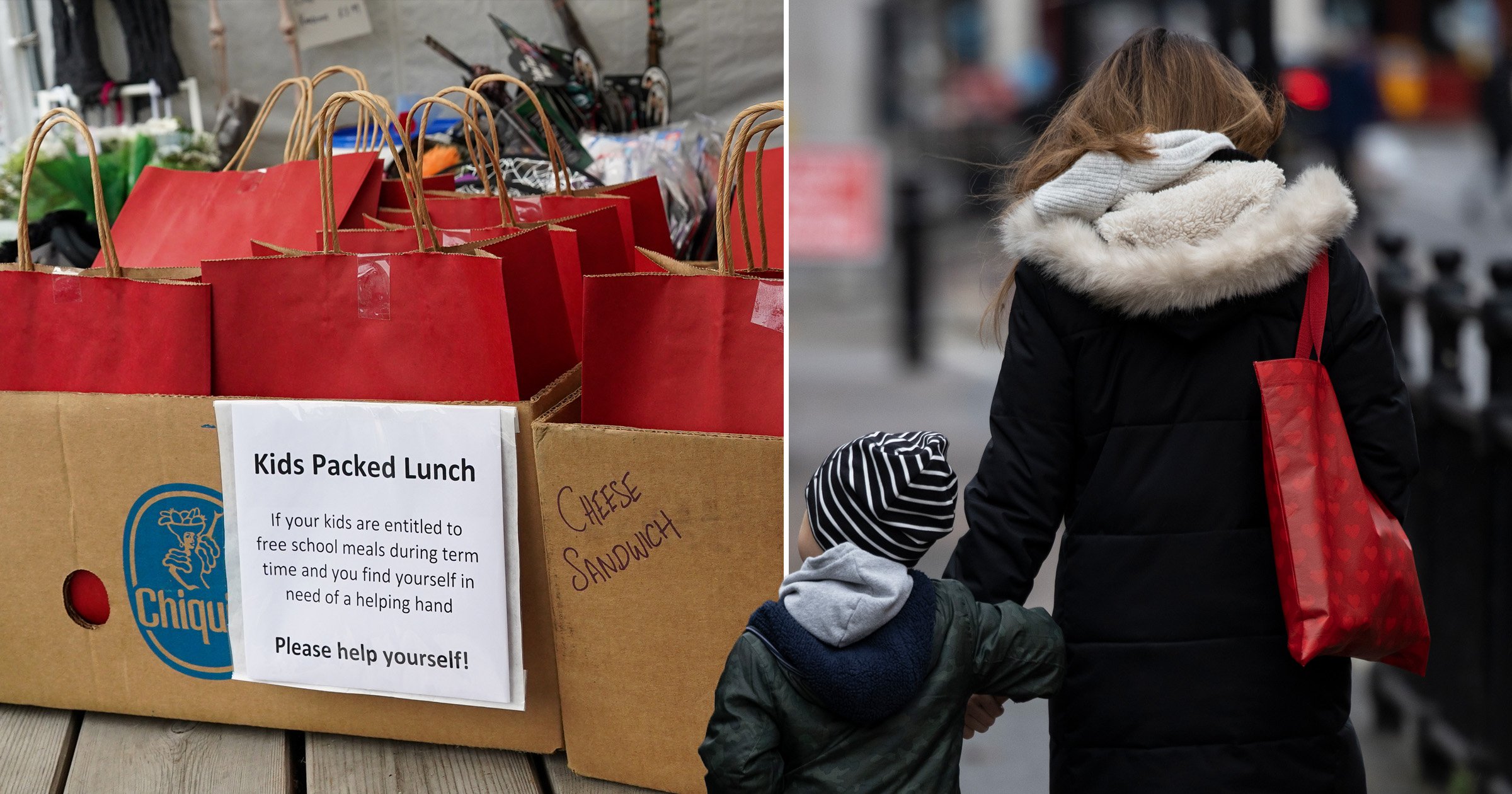 The government has been criticised after telling schools that they do not need to provide free meals or food vouchers for children during the February half term.

In guidance published today, they said: ‘Schools do not need to provide lunch parcels or vouchers during the February half-term.

‘There is wider government support in place to support families and children outside of term-time through the Covid Winter Grant Scheme.’

There was a quick outcry, with MP Bell Ribeiro-Addy writing on Twitter: ‘There is no excuse for allowing children to go hungry during school holidays.

‘But that’s exactly what the Government wants to do over February half-term by stopping free school meals.

‘Incredible that they refuse to accept they’ve lost this argument.’

Kevin Courtney, the boss of the National Education Union, told the BBC the decision to support families through a council Covid grant scheme instead was a ‘logistical nightmare’.

He said it would put It would put ‘millions of pupils’ and ‘ministers should hang their heads in shame’.

Fellow Labour MP Zarah Sultana wrote: ‘This comes after they were twice forced to u-turn on this issue last year.

‘It’s scandalous how the Tories have to brought kicking and screaming to do anything for working class kids.’

The news comes after widespread anger at the state of the some of the ‘hampers’ given out to families, which looked meagre and including things like half a clingfilmed red pepper and shreds of tuna sealed in a coin bag.

NEU joint general secretary Mr Courtney said: ‘This week, Matt Hancock, Gavin Williamson and Boris Johnson made public statements about how appalled they were by the quality of food parcels shared on Twitter.

‘But that is put in the shade by today’s confirmation that free school meals will not go ahead over half term. These are battles which should not have to be repeatedly fought.’

The government claim that families will be supported by the £170m Covid Winter Grant fund set up in early December over the week in question.

Save the Children said in a statement: ‘It is deeply concerning that schools have been told not to supply #FreeSchoolMeals in half term.

‘Free school meals are a vital lifeline for families on low incomes and we urge the government to reverse this decision.’