A make-up artist stole more than $65,000 from Bupa to fund a ‘lavish lifestyle’ of overseas trips and shopping sprees, a court has heard.

Olivia Rose Rodgers, 31, worked for the health insurance company between 2015 and 2017 while launching her Tasmania-based makeup business.

She faced Hobart Magistrates Court on Tuesday after pleading guilty to 62 counts of dishonestly acquiring a financial advantage in relation to false insurance claims she made on the behalf of family and friends.

The court heard Rodgers friends and family were initially investigated and charged on the belief it was a ‘joint criminal enterprise’ before police determined she was the sole beneficiary, the ABC reports. 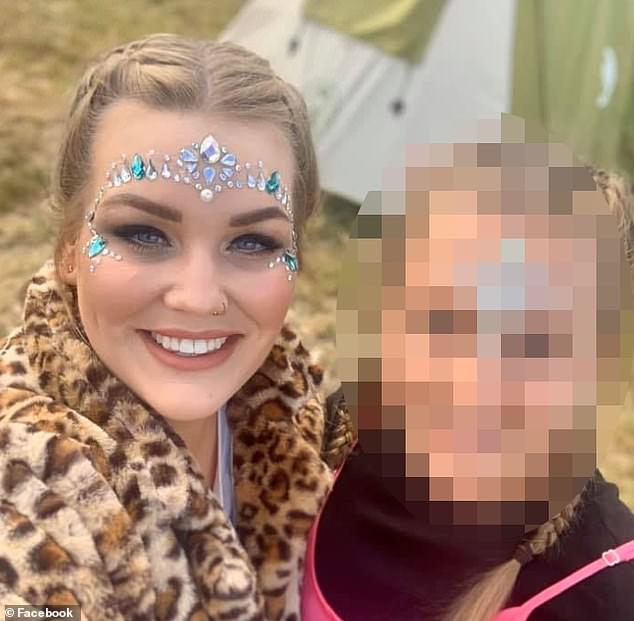 She would give family and friends numerous explanations of why the money had been deposited into their account before asking them to transfer it to her, police prosecutor Ann Edge said.

Rodgers’ lawyer Fabiano Cangelosi argued his client’s behaviour was triggered by stress from the burden of paying off a personal loan and Bupa not paying her on time.

However, he admitted the stolen money was later used on living expenses, adding she was not considering the consequences of her actions due to ‘a serious psychological condition’ that was undiagnosed at the time.

But the prosecution rejected the claims, arguing Rodgers bank account statements revealed she had stolen out of ‘greed, opposed to need’, with transactions indicating had spent the money on multiple holidays, hire cars and shopping.

At one point during her two year employment with the insurance company, Rodgers flew to Melbourne to go shopping, while staying at the Hilton hotel.

The next day she flew to Brisbane, before later setting off on a trip to Bali. 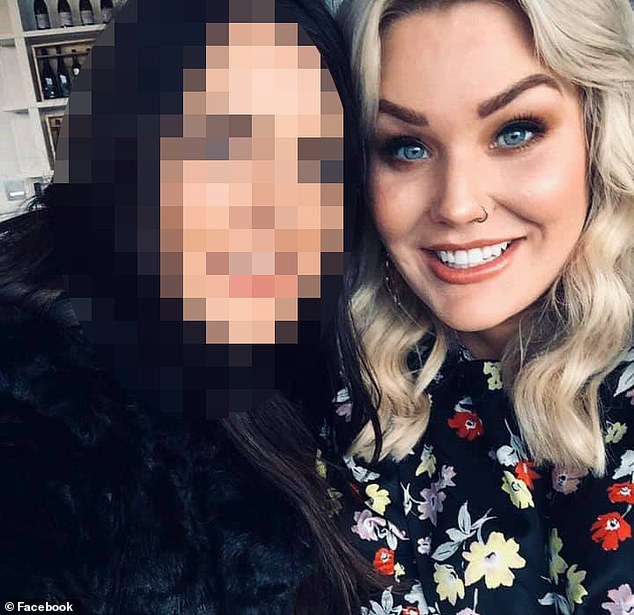 The court heard Rodgers made false claims for family and friends, who were initially charged by police until it was determined she acted alone

Account details from November 2015 showed Rodgers had spent more than $9,000 but had only earned just over $4,000 from Bupa and her makeup business.

Similar spending patterns were observed in bank snapshots of two other months.

‘[She stole] so she could live what could only be described as a lavish lifestyle,’ Ms Edge told the court.

Bupa had also disputed Rodgers payroll issue claims, noting she was a casual employee who was easily able to request time off, Ms Edge said.

Ms Edge argued gaps in her wages corresponded to periods Rodgers took off to work on her makeup business, which coincided with peak wedding season.

Bank statements also showed deposits were made into her account around these times under the references ‘wedding’ and ‘make-up’.

Mr Cangelosi urged the magistrate to give Rodgers, who has been working as a self-employed makeup artist since leaving Bupa in September 2017, a non-custodial sentence. 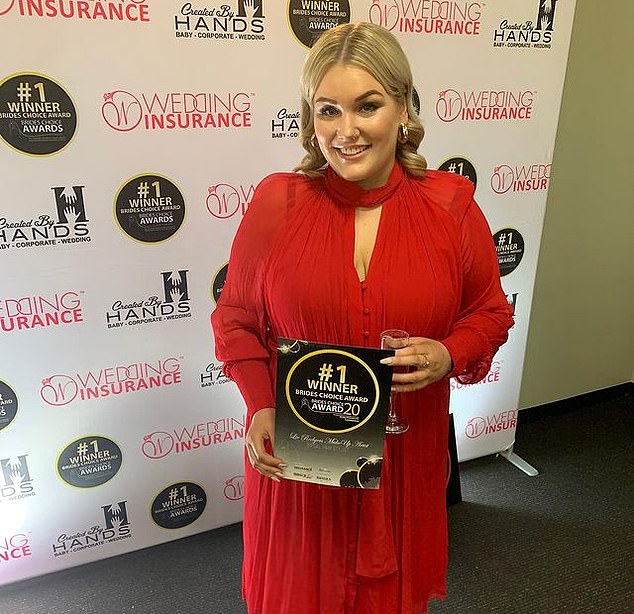 Rodgers’ lawyer Fabiano Cangelosi urged the magistrate to give Rodgers a non-custodial sentence, arguing it would ruin her reputation as a makeup artist. Pictured: Rodgers at the Brides Choice Awards in March last year

He said Rodgers was remorseful for the pain her actions had inflicted on her loved ones, including her terminally ill mother.

‘The accused lived with knowledge that her entire family was under scrutiny, charged and appearing before the Supreme Court of Tasmania because of mistakes she made,’ he said.

‘[She] has to live with the knowledge that in her mother’s final years she was committed to Supreme Court because of something she [Rodgers] has done.’

Mr Cangelosi argued a jail sentence would ruin her reputation as a makeup artist and would make it difficult for her to care for her sick mother.

The hearing was adjourned for further defence submissions.

She will be sentenced at a later date.