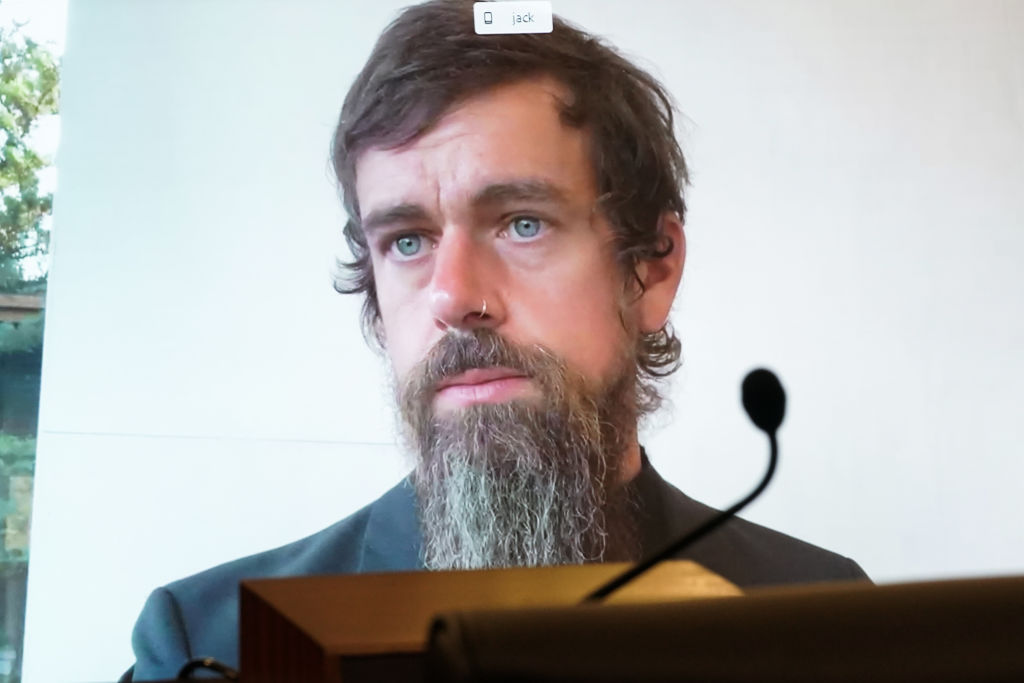 Twitter CEO Jack Dorsey has spoken out about banning Donald Trump from the platform for the first time, saying he feels the ban ‘is a failure of ours’.

In a long Twitter thread posted last night, Dorsey expressed regret for the incident, and warned it could set a ‘dangerous’ precedent.

However, the social media billionaire stood by his decision, arguing the platform took the right decision given the circumstances.

‘We faced an extraordinary and untenable circumstance, forcing us to focus all of our actions on public safety,’ Dorsey wrote.

‘Offline harm as a result of online speech is demonstrably real, and what drives our policy and enforcement above all.’

The social media giant first removed the offending content before blocking his account completely, arguing that leaving the tweets up could lead to ‘the risk of further incitement of violence’.

350 employees at Twitter signed a letter to Dorsey calling on him to permanently ban Trump from Twitter.

Dorsey noted that the ban wasn’t something to ‘celebrate’, but was instead a failure on Twitter’s part to promote healthy conversation.

He also suggested the platform would ‘reflect on our operations and the environment around us’ in the coming months.

While the tech CEO was steadfast in his belief that tweets like Trump’s ‘divide us’ and ‘limit the potential for clarification, redemption and learning’, he also warned of Big Tech’s growing power when it comes to decisions on banning individuals.

The Trump Twitter ban was followed by bans from other social media platforms, like Facebook and YouTube, and Trump-friendly social media service Parler was taken off the internet after Amazon refused to host the site.

‘Over the long term it will be destructive to the noble purpose and ideals of the open internet,’ Dorsey wrote.

‘A company making a business decision to moderate itself is different from a government removing access, yet can feel much the same.’

But social media giants have also face pressure for being too lax in allowing the spread of disinformation and serving as a breeding ground for far right terrorism.

In the past, Twitter and Dorsey have stopped short of bans or moderation on the platform, believing that the public has a right to listen to newsworthy figures.

But in the run-up to the 2020 US election, it changed tack and began to flag tweets that it perceived to be election misinformation, prevented simple retweets on questionable tweets and then removed tweets it believed incited violence.

After the US Capitol riots, in which five were left dead, the Donald Trump posted a video which many claimed was a justification for the event.

‘These are the things and events that happen when a sacred landslide election victory is so unceremoniously and viciously stripped away,’ Trump said.

Shortly after it was posted, the video was removed – a permanent ban came soon after, on Friday.

Dorsey also hinted in his thread that work was underway on a successor to Twitter, nicknamed ‘bluesky’.

Modelled on Bitcoin, the Twitter CEO said it was an ‘open decentralized standard for social media’.

MORE : Trump has been impeached again but what happens next?