Victims of domestic abuse will now be able to access support from thousands of pharmacies across the UK using the codeword ‘Ask for Ani’.

From today anyone who is suffering from abuse will be able to get help in a ‘discreet’ way without their abusers or other members of the public knowing.

Trained staff in 2,300 Boots and 255 other pharmacies will know to take customers to one side and discuss their options.

As soon as they ‘Ask for Ani’ they will be taken to a private consulting room where they will be put in touch with the police, support services for victims or helplines. 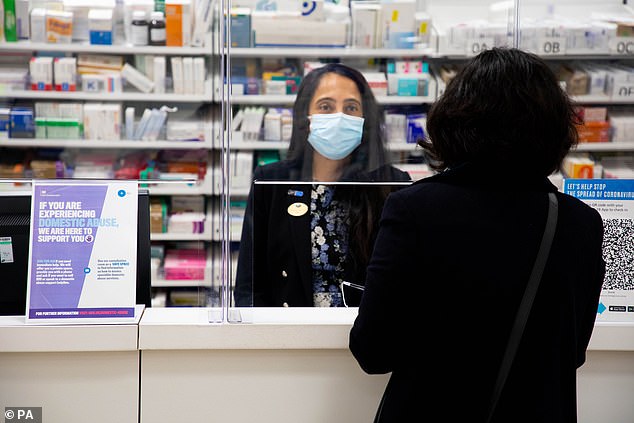 ‘ANI’ stands for Action Needed Immediately and also sounds like the name Annie – letting victims raise an alarm without tipping off an abuser when shopping – which is often their only trip out.

Window posters will allow victims to easily identify from outside that certain pharmacies are taking part.

The phrase will be promoted using discreet social media adverts.

Making a statement on domestic abuse and hidden harms during the lockdown in the Commons, Safeguarding Minister Victoria Atkins said: ‘Protecting those at risk of abuse and exploitation remains a priority for this Government, which is why I am so pleased that today I am able to announce the launch of a new codeword scheme for victims of domestic abuse called “Ask for Ani”. 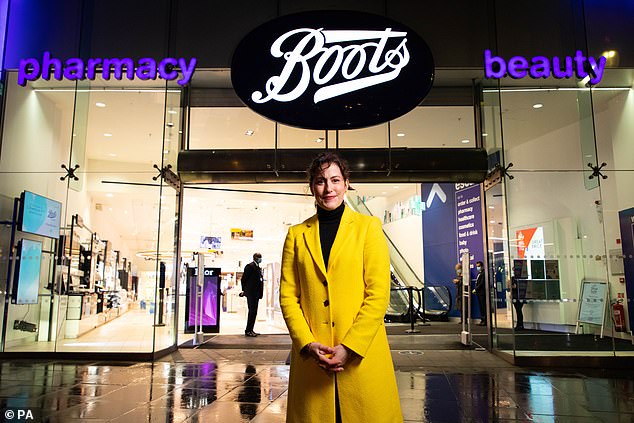 ‘From today, thousands of pharmacies across the UK will provide this service, enabling victims to seek help discreetly.

‘Through a signal to a pharmacist, a victim will be provided with a safe space in the pharmacy and taken through the support available to them – whether that is a call to the police or a domestic abuse helpline service.

‘The codeword scheme will offer a vital lifeline to all victims, ensuring they get help in a safe and discreet way.’ 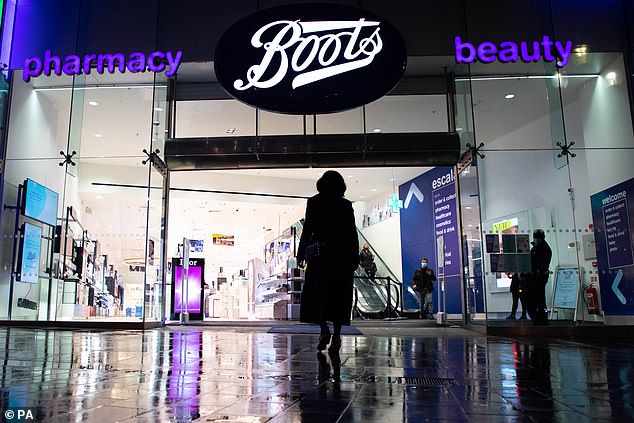 Trained staff in 2,300 Boots and 255 other pharmacies will know to take customers to one side and discuss their options

The Prime Minister Boris Johnson added: ‘As we once again have to ask people across the country to stay at home to tackle this virus, it’s vital that we take action to protect those for who home is not a safe space.

‘That is why we have launched this scheme, supported by pharmacies up and down the country, to give some of the most vulnerable people in society a critical lifeline.

‘It will make sure they have access to the support they need and keep them safe from harm.’

Earlier this month a Women’s Aid campaigner warned that domestic abuse cases could surge during this third national lockdown as perpetrators use the restrictions to ‘create real barriers’ and increase their control over their victims.

Lucy Hadley, Head of Policy and Campaigns at Women’s Aid, described how the restrictions last year had ‘stopped victims from accessing the support’ they needed and enabled abusers to isolate them.

The charity, which found 78 per cent of women had found it more difficult to leave their toxic relationships in June last year, now expects there to be a spike in victims separating from their abusers after the lockdown finally comes to an end.

Last year a report by Women’s Aid, titled A Perfect Storm, found that domestic abuse had worsened during the Covid-19 pandemic, with 91 per cent of respondents experiencing domestic abuse saying the pandemic had negatively impacted them in at least one way.

Of those women living with their abuser during lockdown, 61 per cent described how the abuse had worsened and 68 per cent said they felt they had no one to turn to during lockdown.