Waitress saved tortured child, 11, from abusers by getting him to secretly signal for help 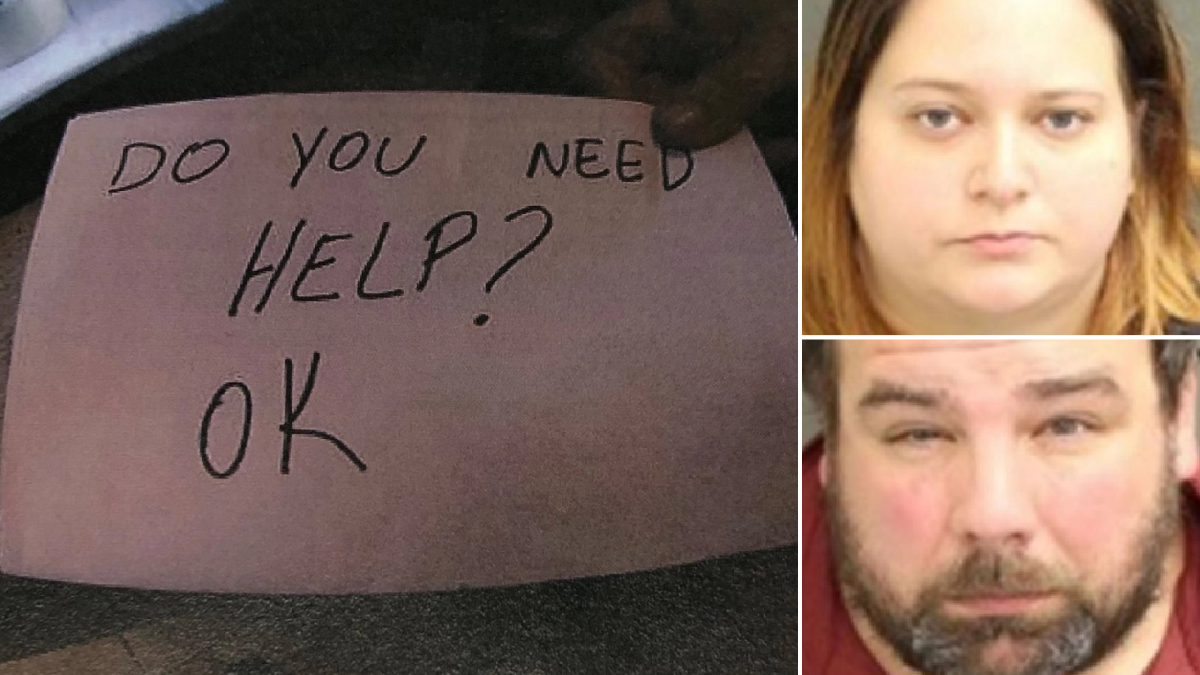 A restaurant server saved an abused 11 year-old boy from his tormentors by discreetly showing him a note asking if he was okay – then getting him to give her a signal.

Flaviane Carvalho wrote ‘Do you need help? Ok’ on a piece of paper and showed it to the child after she noticed his family withholding food from him, and banning him from ordering anything to eat at Mr Potato restaurant in Orlando, on New Year’s Day.

Carvalho stood behind the boy’s mother Kristen Swann and stepfather Timothy Wilson so they wouldn’t see her, then held up the note. He signaled yes, prompting her to dial 911. Orlando Police interviewed the youngster, who detailed the alleged torture he’d endured.

An Orlando PD spokesman explained: ‘He said ratchet straps were tied around his ankles and neck, and he was hung upside down from a door. He said he was hit with a wooden broom, and handcuffed and tied to a large moving dolly. He also said he didn’t get to eat on a regular basis as punishment.

Wilson, was subsequently charged with child abuse. Swann was charged with neglect, over claims she knew about Wilson’s abuse, but never sought to stop it or get medical care for her son.

Orlando Police hailed Carvalho for saving the boy from his alleged abusers.

A spokesman told Fox35: ‘By saying something when she saw something, Ms Carvalho displayed courage and care for a child she had never even met before, and we’re proud someone like Ms Carvalho lives and works in our community.’