Who Wants To Be A Millionaire? contestant swears as Jeremy Clarkson tells him he’s lost £16K 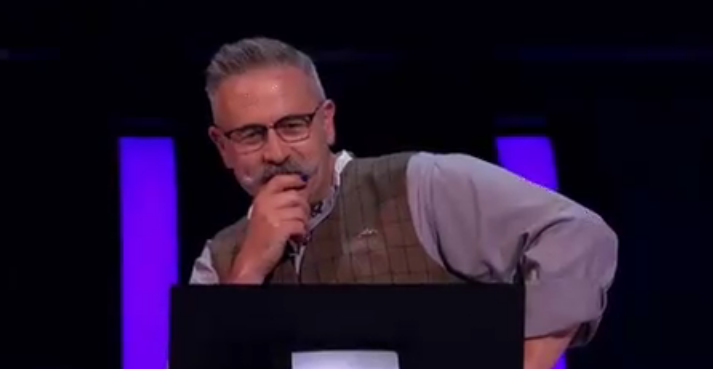 A Who Wants To Be A Millionaire? contestant swore as Jeremy Clarkson revealed they had just lost £16K during tonight’s episode.

Justin Beattie was so shocked to hear that he would be leaving the ITV competition with £1K that he dropped an expletive in a show first, leaving the presenter stunned.

The quizzer, who had set his sights on opening a pub with his potential winnings, was sent home packing when Jeremy asked: ‘Which sportsman retired aged just 26, before making an unsuccessful return to competition eight years later?’

Justin had a choice of four answers, which consisted of Bjorn Borg, Alain Prost, George Foreman and Carl Lewis. The right answer, of course, is Bjorn Borg.

Sadly though, Justin incorrectly buzzed in with Carl.

Jeremy had the unfortunate news of revealing that Justin would not be proceeding in the competition and that he’d just lost all of his money.

‘I’m heartbroken as well,’ he said. ‘I mean, not as much as you are, obviously.’

More: Who Wants To Be A Millionaire?

‘Gutted for him!!!’ wrote one, while another added: ‘Awkward thing was he was so definite.’

Before the end of the show, Jeremy commented that Justin’s exit from the competition was ‘totally undeserved’. Elsewhere, contestant Kate went home with £64k.

Who Wants To Be A Millionaire? airs Sundays at 8pm on ITV.