The former Manchester United team-mates got into it during the dying moments of the first half at the San Siro.

Lukaku and Ibrahimovic were involved in a verbal joust before they bumped heads having not seen eye-to-eye, which resulted in both being booked by referee Paolo Valeri. 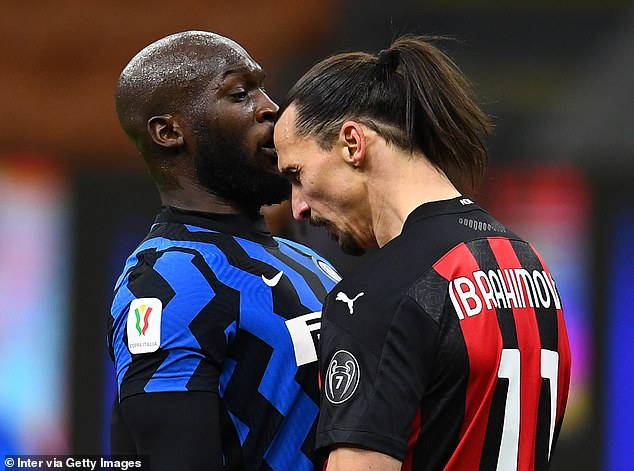 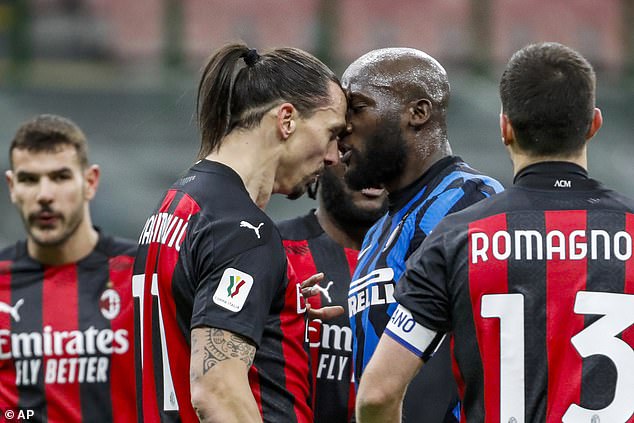 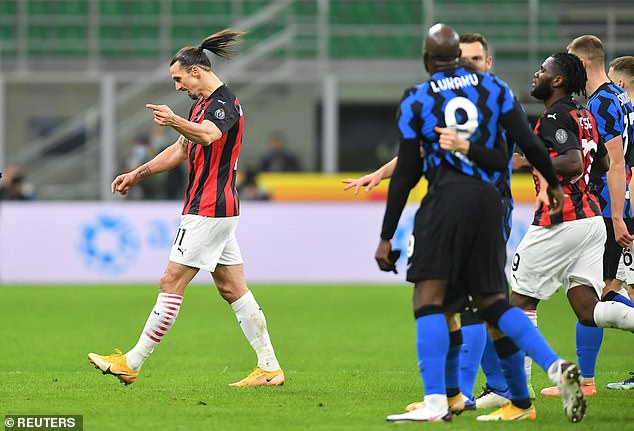 As both were booked and pulled apart, Ibrahimovic can be heard yelling at Lukaku ‘Go do your voodoo s***, you little donkey.’

The tension was palpable upon the half-time whistle with a livid Lukaku trying to chase Ibrahimovic down the tunnel – appearing to insinuate that the 39-year-old had made a comment about his mother.

The 27-year-old could be heard telling the AC Milan striker ‘f*** you and your wife, you little b****’ and ‘you want to speak about my mother!?’ as his Inter team-mates had to hold him back.

After the interval, tempers had calmed down but Ibrahimovic found himself in trouble just 13 minutes after the restart when he was sent off for a second bookable offence.

The veteran Swede was shown his second yellow card of the match for a trip on Inter defender Aleksandar Kolarov – in an incident that changed the whole game. 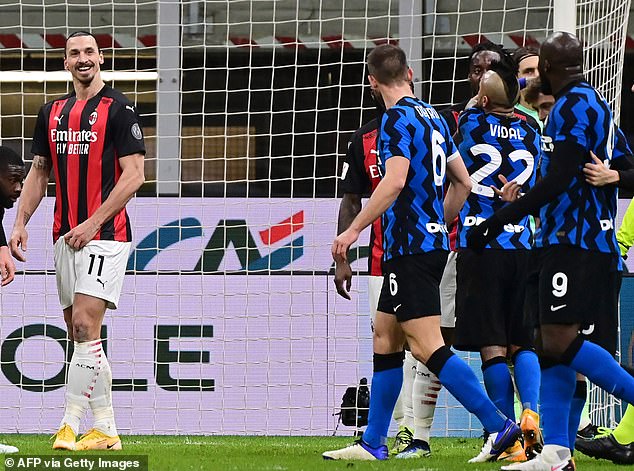 Ibrahimovic could be heard yelling at Lukaku ‘Go do your voodoo s***, you little donkey’ 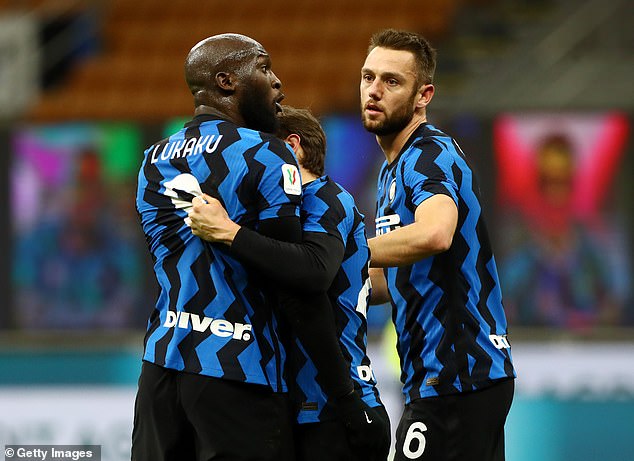 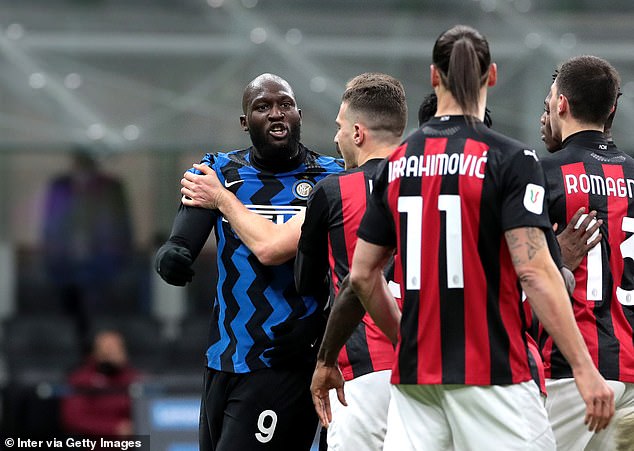 Lukaku could be heard telling the AC Milan striker ‘f*** you and your wife, you little b****’ 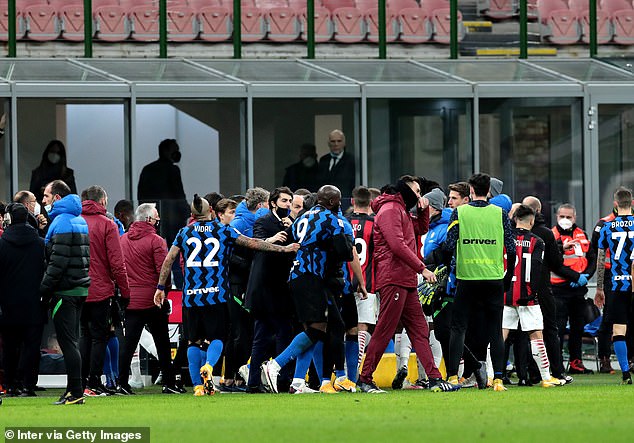 Before his dismissal, Ibrahimovic had fired AC Milan ahead on 31 minutes with a low right-footed strike. However, after his red card Inter took advantage of the extra man, with their top goalscorer Lukaku firing a 71st-minute penalty into the net off the underside of the crossbar to equalise.

Antonio Conte’s men bombarded the Milan goal but could not find a winner until substitute Christian Eriksen stepped up with a stoppage-time free kick to book his side a semi-final clash, and provide Lukaku with the last laugh in the process, with either Juventus or SPAL who play on Wednesday.

Milan are top of the Serie A standings on 43 points, two clear of rivals Inter, with both looking to end Juventus’ nine-year title-winning run.

Speaking about the incident post-match Milan manager Stefano Pioli bemoaned Ibrahimovic’s dismissal but said his team must move on.

‘It (the confrontation) certainly influenced the match, the first booking caused the sending off,’ he said. 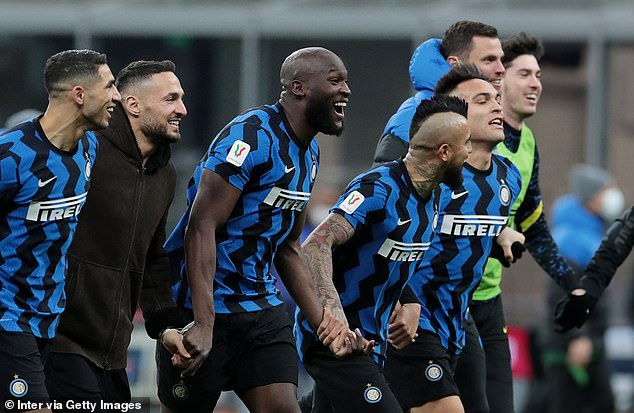 ‘They’re big enough and ugly enough, I don’t know what they said to each other, it can happen, we need to move past it and think of the next match.’

In contrast, Conte praised the attitude of his star striker Lukaku during and following the aftermath of his spat.

‘To be honest, I’ve been a player, so I know that during a game tempers can flare and situations occur when you get angry,’ he said.

‘The important thing is to keep it in the right dimension.

‘It was good to see Romelu so concentrated and focused. Ibra has the determination of a winner, a warrior, and I think Romelu is growing in that aspect. I can only be happy to see him fired up.’ 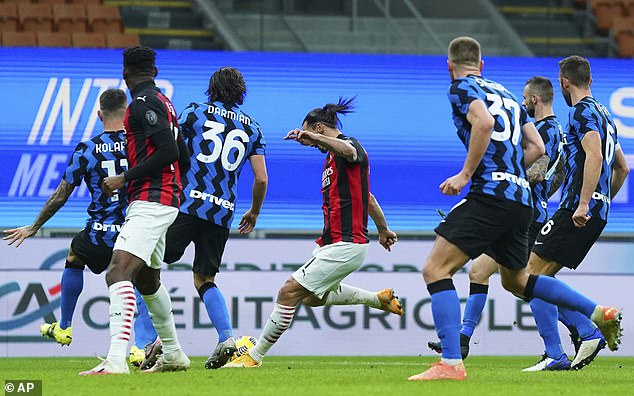 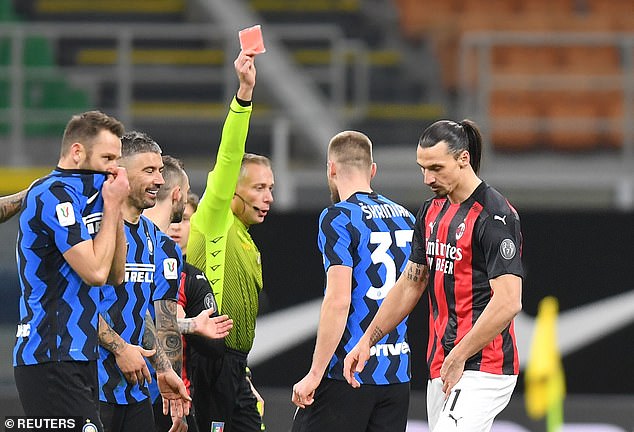 However, on 58 minutes he was sent off for a second bookable offence during the quarter-final

After getting booked for a confrontation with Romelu Lukaku in the first half, Milan’s goalscorer receives a second yellow for a clumsy challenge ¿¿ pic.twitter.com/IdQbgYm2oK

It is believed that Ibrahimovic’s ‘voodoo’ remark was in relation to Farhad Moshiri’s extraordinary claim in January 2018 that Lukaku decided to leave Everton after a witch doctor advised him to join Chelsea.

The Belgium international had been in line to sign a new contract, worth in the region of £140,000-per-week, but suddenly backtracked in March 2017 and told the club he wanted to leave that summer.

He subsequently moved to Manchester United in deal worth £75million but Moshiri, Everton’s major shareholder, gave a remarkable insight at the club’s annual AGM into why Lukaku performed an about-turn after receiving advice.

‘If I tell you what we offered him you wouldn’t believe it but they offered him a better deal,’ said Moshiri.

‘His agent came to the training ground and was about to sign and the player was on a pilgrimage in Africa and he had a voodoo or something and he had to sign for Chelsea. 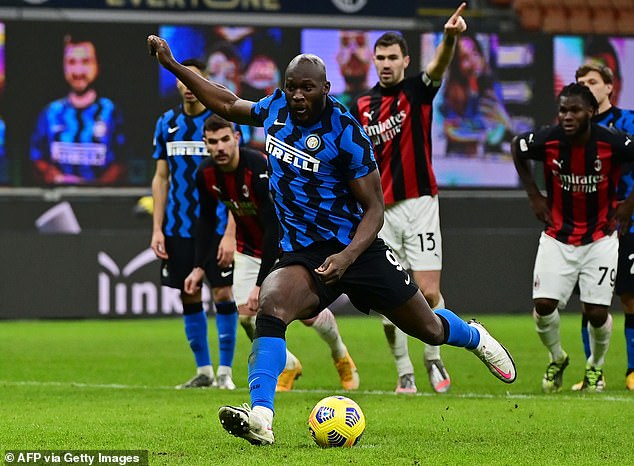 ‘The issue with Romelu was not financial. As long as I am major shareholder financial issues are irrelevant. I wasted two summers to keep him: first summer with his agent, him and his family we managed to keep him.’

Lukaku has since denied those accusations and threatened to sue Moshiri for it.

‘Romelu’s decision had nothing to do with voodoo. He distances himself from these beliefs and this statement and will now see what judicial steps can be taken in relation to them,’ a representative told BBC Sport in January 2018.

‘Romelu is very Catholic and voodoo is not part of his life or his beliefs. He simply had no faith in Everton and no confidence in Mr Moshiri’s project. That is why he did not want to sign on any condition. He wanted to make the next step in his career and wanted the security to be able to leave.’ 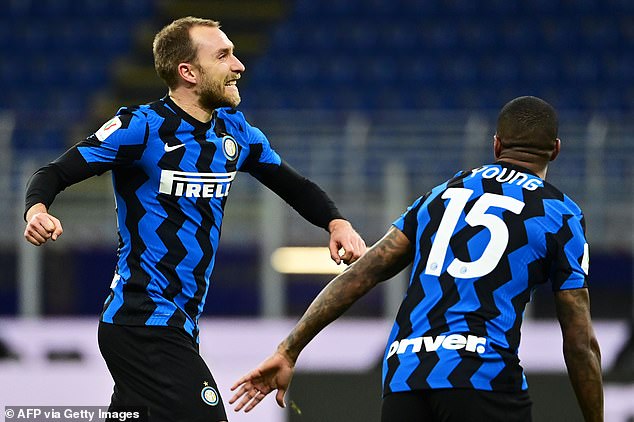 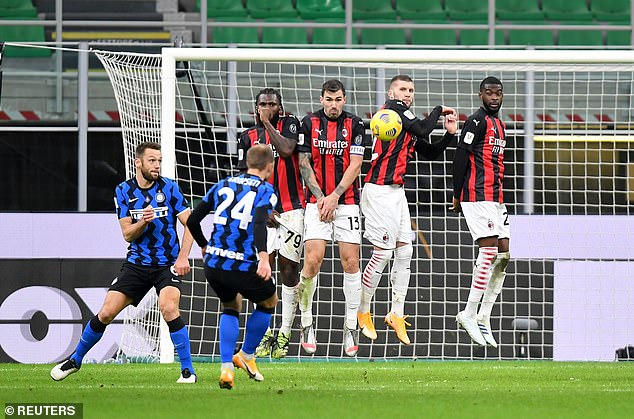