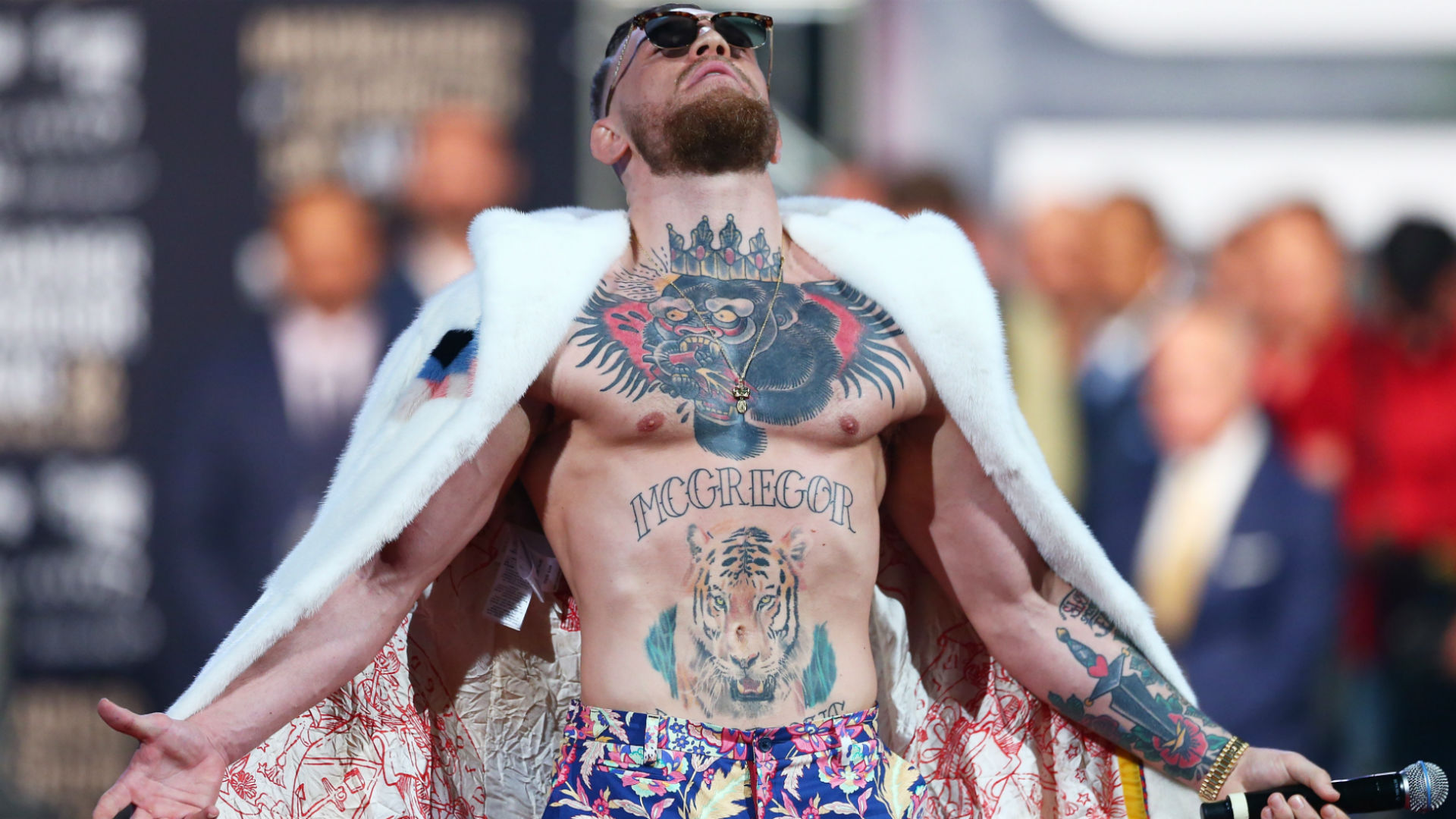 “When you sign to fight me, it’s a celebration. You ring back home, you ring your wife. ‘Baby, we done it. We’re rich, baby, Conor McGregor made us rich. Break out the red panties!'”

Those were the words of Conor McGregor in 2015 after he headlined his first pay-per-view against Chad Mendes for the interim UFC featherweight title. What he said would prove to be prophetic; the Irishman went on to smash box-office records as not only the biggest attraction in the UFC, but also the biggest draw in all of combat sports.

And it’s not even close.

Six years after McGregor introduced the world to “Red Panty Night,” he enters his rubber match with Dustin Poirier at a crossroads. He started his UFC career at 145 pounds with a 7-0 record and six knockouts — including a stunning 13-second knockout of then-champion Jose Aldo — but hasn’t been the same force in the Octagon since then.

He bit off more than he could chew when he moved up to 170 pounds to face Nate Diaz, who submitted him in the second round. Of course, he did become the first fighter to hold world titles in two weight classes when he defeated Eddie Alvarez for the lightweight championship in 2016. And he somehow managed to box Floyd Mayweather in the second-biggest pay-per-view of all time.

But he has only gone 3-3 in the UFC over the past five years and a litany of legal issues has nearly overshadowed his ability. He remains a massive draw, but there are plenty of questions after his knockout loss to Poirier in January.

And if he finds himself on the losing end of this trilogy fight, one must question whether the McGregor era has reached its finale.

But regardless of the outcome in Las Vegas on Saturday, McGregor’s legacy has firmly been established. He is a game-changer and fighters admit that they have borrowed heavily from his playbook. Whether it’s the trash-talking or figuring out how to market themselves outside the UFC, every single mixed martial artist wants what McGregor has. Even if they’re not fighting McGregor, being on the same event as the Irishman results in a residual effect that is unlike anything they’ve ever experienced. The energy is incomparable and the exposure is unmatched.

“I said to myself that I have to get to this. Watching that fight was the pinnacle of my life,” said middleweight Dricus Du Plessis, who went from attending McGregor’s fight with Donald Cerrone last January as a fan to sharing a fight card with “Mystic Mac.” “And now I’m fighting on the prelims.”

If you have never had the opportunity to attend a Conor McGregor fight, it’s unlike anything ever seen in mixed martial arts. It’s not just a fight; it’s an event that holds people’s attention hostage. A McGregor fight finds media outlets that rarely, if ever, cover the sport asking for access. You don’t need a passing interest in MMA to realize that a Conor McGregor fight is a big deal. And that’s the reason so many fighters either want to fight him or be featured on an event he headlines.

“I think the eyes that he brings is something different,” said Gilbert Burns, who will face Stephen Thompson in the co-main event of UFC 264. “Me and most of the guys know Conor is a big star. We know there are going to be a lot of eyes on that card and I’m in the co-main event.”

See also  Djokovic through to Wimbledon showdown with Berrettini

Consider this: McGregor has been the main event in seven of the 10 best-selling UFC pay-per-views of all time. If you include boxing, there are only two names that are consistently in the top 10 PPVs of all time: Floyd Mayweather and Conor McGregor. His value to the company is undeniable, to the point that even potential rivals are hoping that McGregor emerges victorious against Poirier.

“I want him to win because whenever he wins it’s good for the sport,” said Ilia Topuria, who will face Ryan Hall in the UFC 264 prelims. “It’s good for me and all of the competitors in the UFC. I hope he wins.”

Topuria isn’t wrong in his assessment. As long as McGregor continues to win, the UFC will remain in the spotlight. Granted, the former two-division world champion eventually put the MMA promotion in his shadow and became a business himself. Some believe that his antics outside the Octagon have played a significant role in his recent outings. But nobody is willing to unhitch their wagon from McGregor’s train just yet.

Like Mike Tyson before him, the volatility is part of the allure. When he’s not tossing a dolly through a bus window or fending off accusations of sexual assault, he’s engaged in a war of words with his rival about donating to a charity or profiting heavily off of his whiskey sales.

He’s a walking viral moment that can spring into action at any given time. These things could eventually catch up to him and be his downfall, but until then, everyone is just enjoying the ride.

See also  Could the Tokyo Olympics still be canceled amid COVID-19 surge?

It is possible the UFC is aware that McGregor’s time may come to an end and there will be a need for a new star who blends ability in the Octagon with personality outside it. Many have tried but few have the mixture of skill, power and gift of gab.

Fighters such as 26-year-old Sean O’Malley have pulled pages out of McGregor’s playbook and seen their stock rise. O’Malley is arguably the closest thing the UFC has to a crossover star. He’s young, boisterous and eccentric, and every fighter wants a piece of “The Suga Show.”

He’ll be in a prime position to raise his stock as he opens the UFC 264 PPV card against Kris Moutinho. Although unranked, he has amassed more than 1.5 million followers on Instagram with his viral knockouts, unique personality and just enough volatility to captivate audiences, for better or worse.

“I’ve watched every single interview [McGregor has] ever done and all of his fights multiple times,” O’Malley told Sporting News. “A lot of people try to say I’m trying to be like Conor, but you can have two people with similar personalities. I definitely have taken bits and pieces to learn from, which is a smart thing to do. He’s inspired me a ton.”

Whether you believe that McGregor is on the short list of great pound-for-pound fighters or think that he’s the beneficiary of the stars properly aligning in his favor, the fact remains that he has left his mark on the sport. Often imitated but never duplicated, Mystic Mac’s legacy is already set in stone. The only question left is: Can he reclaim past glory inside the Octagon, or have we already seen the best of Conor McGregor?

Gatland says no to a second South Africa ‘A’ clash

One thought on “What is Conor McGregor’s legacy? UFC 264 fighters discuss his impact”