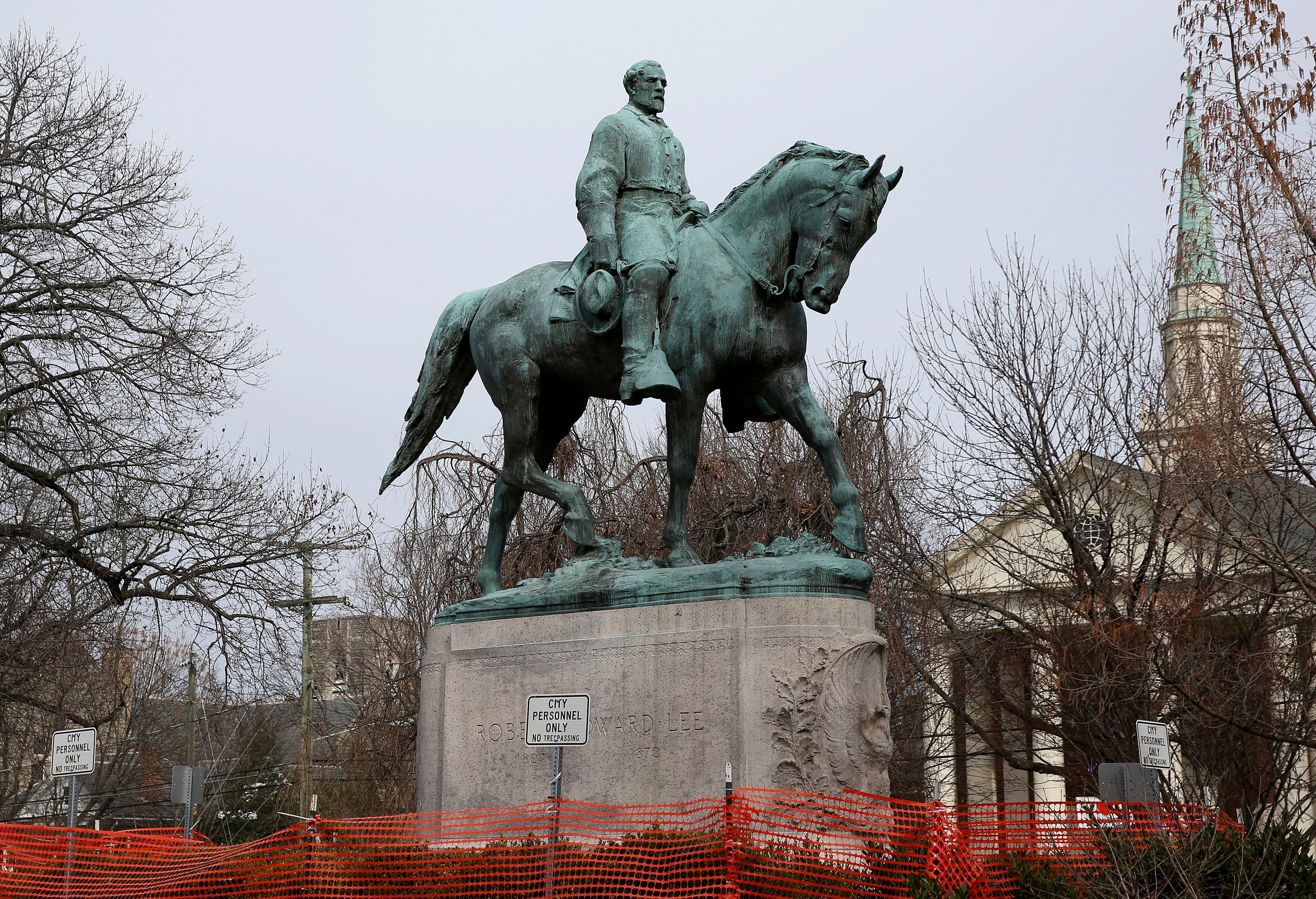 A Confederate monument that helped spark a violent white supremacist rally in Charlottesville, Virginia, leaving one person dead, is expected to come down Saturday.

The City of Charlottesville said in a news release the bronze statue of Confederate Gen. Robert E. Lee and one of Gen. Thomas “Stonewall” Jackson will be removed and stored until the city council decides where to move them.

The city said it reached out to museums, historical societies, government and military battlefields to inquire about their interest in acquiring the statues and received ten responses so far – six out of state and four in-state.

City officials planned to put up fencing and notices identifying no-parking zones around Market Street Park and Court Square Park, and the public will be able to view the removals from designated areas in the parks Saturday, the news release said. Several streets will be closed, the city said.

“We’ve waited for this day for more than four years – for 100 years, really – and it will feel good to see these monuments to racism come down,” said Kristin Szakos, a former Charlottesville City Council member and community activist. “Of course there’s still a lot of work to do to bring real racial equity, but this is an important step.”

Confederate statues:House passes bill to remove statues from the Capitol

‘America First’:Vowing loyalty to Trump, groups try to bring nativism into the mainstream

City council members voted to take down the Lee statue in 2017. Several organizations sued the city to prevent the removal, but the Virginia Supreme Court ruled in the city’s favor.

In August of 2017, white supremacist and neo-Nazi organizers gathered for a “Unite the Right” rally to protest Charlottesville’s decision to remove the statue of Lee. That afternoon, a self-identified white supremacist rammed his car into a crowd of counter-protesters, killing 32-year-old Heather Heyer and injuring 19 other people.

Despite the yearslong legal battle, Charlottesville pushed removal of the statues. This past April, the Virginia Supreme Court made a final ruling in favor of the city, which voted Wednesday to appropriate funds for the removal.

Take ‘Em Down Cville, a coalition of racial justice activists, cheered the decision in a statement Friday.

“This is an important milestone in Charlottesville’s difficult, ongoing work of tearing down the remaining structures of institutional racism that are rife in our community’s systems and practices,” the coalition said. “Today we re-commit ourselves to creating a community that renounces that cause, rejects white supremacy, and values Black lives.”

‘Larger than life’:George Floyd statues unveiled to mark Juneteenth in US cities

The news comes after protesters last year toppled statues of colonizers and slaveholders across the U.S. More than 90 Confederate monuments were taken down or moved from public spaces in 2020 following the murder of George Floyd at the hands of Minneapolis police, and about 700 remain, according to data from the Southern Poverty Law Center released earlier this year.

Statues of Christopher Columbus also came under scrutiny. Columbus made four expeditions to the Caribbean and South America over two decades, enslaving and decimating local populations and opening the floodgates of European colonization. Officials — and, in some cases, protesters — have taken down multiple Columbus statues in recent months.

In their place, many cities and towns have erected new monuments.

Last month, New York City and Newark, New Jersey, erected statues of Floyd. Chicago unveiled a monument to journalist and civil rights activist Ida B. Wells. And in San Francisco, an artist unveiled a new public work at the former site of a statue of Francis Scott Key, the slaveholder known for writing “The Star-Spangled Banner.”

Analysis: Trump wants historic attention for an ex-president. That may hurt the GOP

Opinion: The Washington horror movie that could have a happy ending