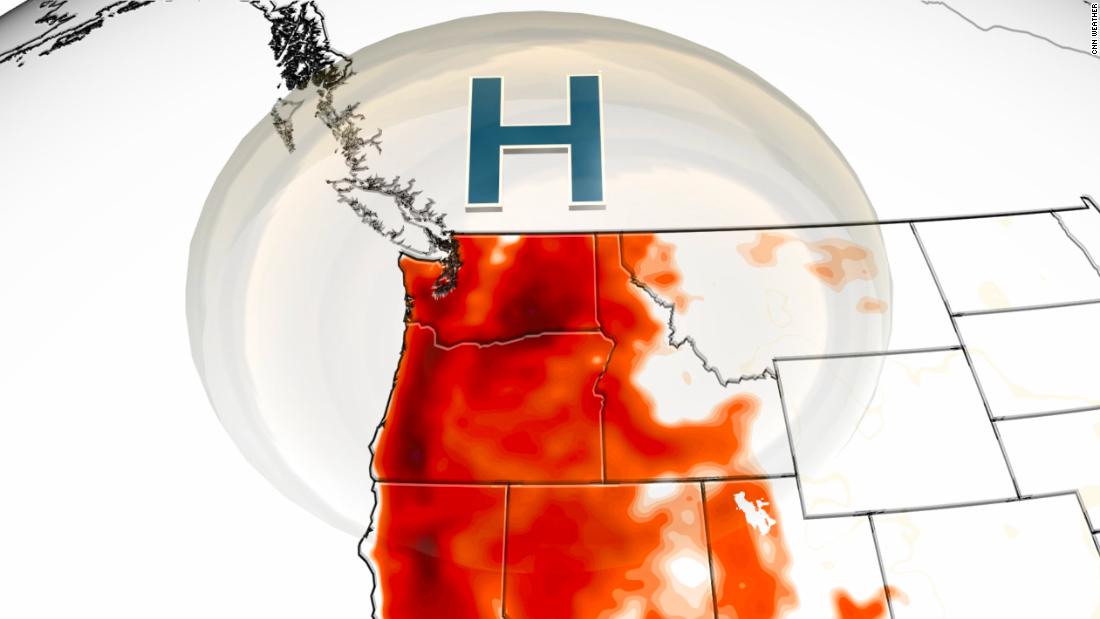 Tens of millions of people in the Southwest roasted under an intense heat dome around the middle of the month, which lasted for nearly a week. Overnight lows in Phoenix didn’t drop below 90 degrees. Hundreds of records were set across seven states.

Little more than a week later, a historic heat wave set up in the Pacific Northwest. Oregon and Washington saw all-time high temperatures. British Columbia set a new maximum temperature record for all of Canada. Hundreds died as a result of the heat, which settled over a region ill-equiped to handle it.

Those events converged to make last month the hottest June on record for the Lower 48 states, the National Oceanic and Atmospheric Administration reported Friday. The previous hottest June was in 2016.

A little over 15% of the United States observed all-time record high temperatures last month, the highest NOAA has ever reported.

Records were shattered across the country during multiple significant heat wavesin the Southwest and Pacific Northwest.

All-time records were set in the Northwest on June 27 and 28, including state records in Washington and Oregon. Scientists reported this week that the late-June heat wave in the Pacific Northwest would have been “virtually impossible” without the effect of human-caused climate change.

Though heat was the headline in NOAA’s June report, rainfall was scarce for some parts of the country, while others saw too much.

The South and Midwest were inundated throughout June, with Mississippi recording its second wettest month ever. The West and Great Plains were a different story. South Dakota recorded its driest June on record.

The West’s historic drought worsened significantly in June, driven by multiple heat waves. More than 93% of the West was in drought as of Thursday, with nearly 60% in “extreme” or “exceptional” drought, the two most severe categories.

Extreme weather has led to eight disasters that took at least 331 lives and cost at least $1 billion in damages, according to the National Center for Environmental Information. That list includes four severe weather outbreaks, two flooding events, one winter storm with a deep freeze, and the climate change-induced drought.

The winter storm and subsequent cold snap in February that crippled Texas’ power infrastructure was the costliest of the disasters. Direct losses neared $20 billion dollars, making it the most expensive US winter storm event on record.

The last time a winter storm cost as much was the “Storm of the Century” in 1993, which dropped tremendous amounts of snowfall from Alabama to Maine.

“In terms of human impact the Superstorm of 1993 was more significant than most landfalling hurricanes or tornado outbreaks and ranks among the deadliest and most costly weather events of the 20th century,” according to the National Weather Service.

See also  The top bug sprays to buy this summer﻿

Billion-dollar weather disasters have been recorded since 1980, according to NOAA. There have been 298 individual weather events that have exceeded $1 billion in damage since then, for a total nearing $2 trillion – or about $6,100 per person in the US.

Comeback concerts announced amid rise in US cases