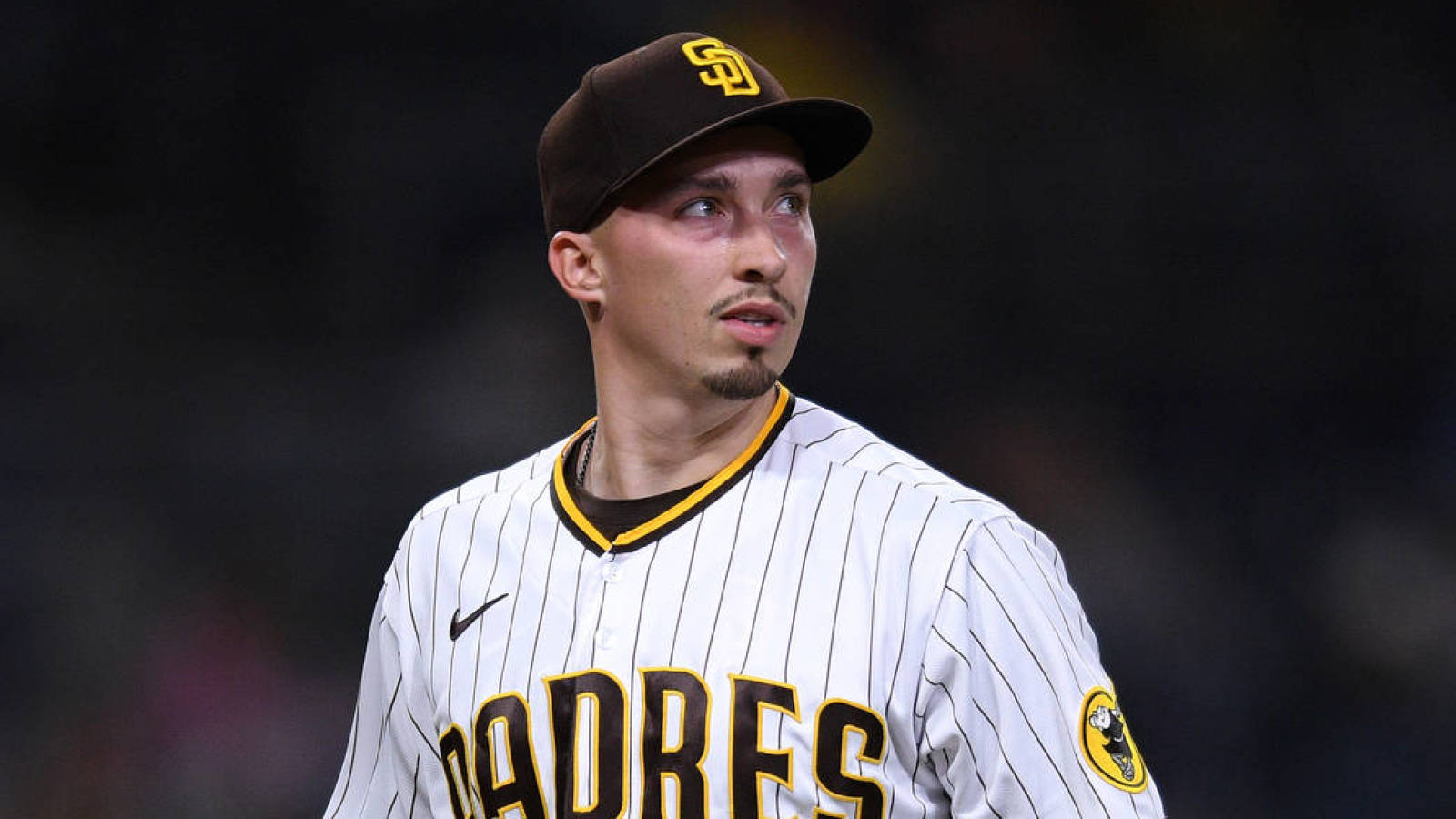 The Padres announced they’ve placed left-hander Blake Snell on the 10-day injured list, retroactive to July 6, due to gastroentiritis. Fellow lefty Drew Pomeranz has gone on the 10-day IL, retroactive to July 7, with inflammation in his throwing forearm. Right-hander Miguel Díaz was recalled from Triple-A El Paso, while righty Reiss Knehr (previously reported) was officially selected to the big league roster to start tonight’s game in Snell’s place. To create a 40-man roster spot for Knear, righty Aaron Northcraft has been designated for assignment.

Snell has been bothered by the stomach illness for the past week-plus. He originally landed on the IL on June 30, but returned to pitch four innings last Sunday. Snell still hasn’t fully recovered, though, and he was unable to start tonight’s game. He’ll be eligible to return for next weekend’s series against the Nationals; with the All-Star Break coming up, it’s possible he’ll only miss tonight’s start.

Pomeranz’s injury sounds a bit more concerning, since any issues with a pitcher’s forearm figure to cause some alarm. There’s no indication at this point the southpaw is facing any sort of extended absence, but it’s another issue in a season that hasn’t been kind to Pomeranz from a health perspective. He dealt with forearm tightness in Spring Training and missed about six weeks between May and June with shoulder and lat troubles. That has kept the star reliever to 17 innings this year, in which he’s worked to a 1.59 ERA with a strong 31.4% strikeout rate and an elevated 12.9% walk percentage.

The Padres selected Northcraft in late April, setting up the right-hander to make his MLB debut at age 30. He’s only allowed two runs over his first eight big league innings, but he’s issued eight walks while striking out just five. Northcraft hasn’t had much success at Triple-A El Paso, working to an 8.10 ERA across 13 1/3 frames. He has, however, induced grounders on more than half the balls in play against him at both the Triple-A and MLB levels.

The Padres will have a week to trade Northcraft or expose him to waivers. If another team acquires him, he can be freely optioned for the remainder of this season.

Brunch dines out at Pontefract