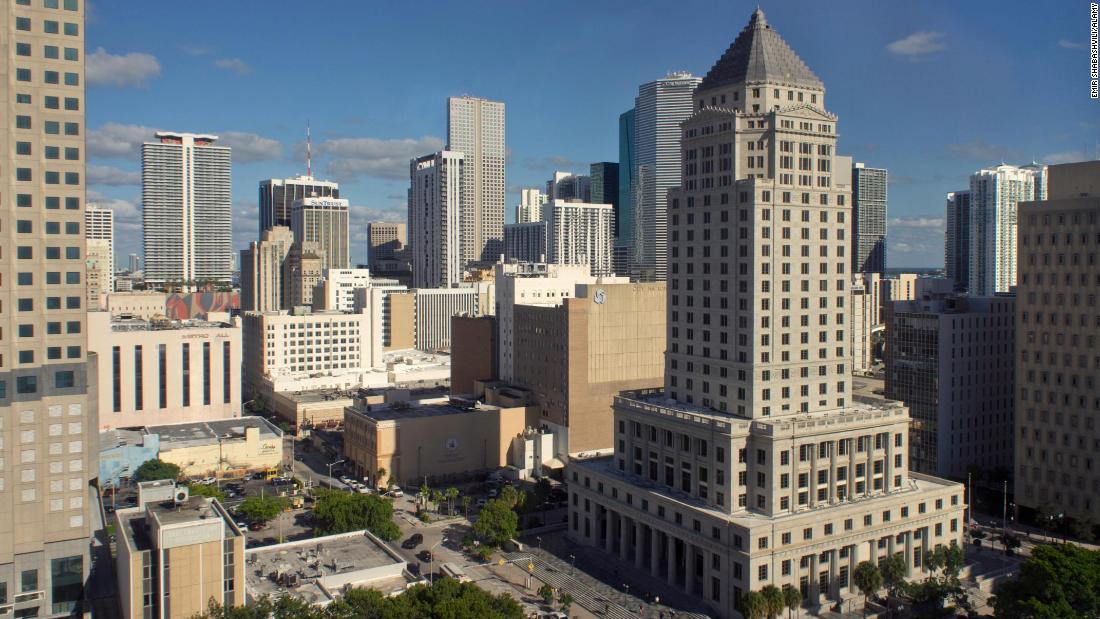 The historic Miami-Dade County Courthouse has been closed after an engineer reported “safety concerns” following the collapse of a condo in nearby Surfside, Florida, officials said Friday.

Courthouse staff has been directed to work from home after the engineer’s report – prompted by the Champlain Towers South condo collapse – “identified safety concerns with various floors,” Miami-Dade County Mayor Daniella Levine Cava said in a joint statement with other officials.

The report “recommended floors 16 and above be closed to staff while repairs are swiftly completed,” the statement said.

All court business will be conducted remotely starting Monday, officials said, and anyone who has scheduled court proceedings will be getting notices with instructions for remote access.

The courthouse – a 28-floor building located at 73 West Flagler Street in downtown Miami – was built between 1925 and 1928, according to documents from the county’s Office of Historic Preservation. It was designated a local historic site in 1985 and, four years later, it was added to the National Register of Historic Places.

As of Saturday morning, at least 86 people have been confirmed dead in the collapse of Champlain Towers South, which has spurred a flurry of reviews of buildings throughout the area to ensure their structural integrity.

Speaking at Saturday morning’s news conference at the site of the condo collapse, Mayor Levine Cava said the county “has taken the steps in light of what has happened here to be very aggressive about pursuing safety in all of these buildings.”

See also  This is what could supercharge Netflix's struggling stock

“This was known and the activities had continued, but given the circumstances, we’ve already authorized that repair work to begin,” she added. “And so hopefully it can be done quickly and we can return to normal operations at the courthouse.”

Staff had been working remotely for the last year due to Covid-19, and they had only returned to the building about a week ago, the mayor said.

“So they have … everything they need to continue to operate remotely and also at other locations,” the mayor said, adding it should not “substantially” disrupt court business.

CNN’s Deanna Hackney and Melissa Alonso contributed to this report.

Opinion: Biden showed the Black community he gets it