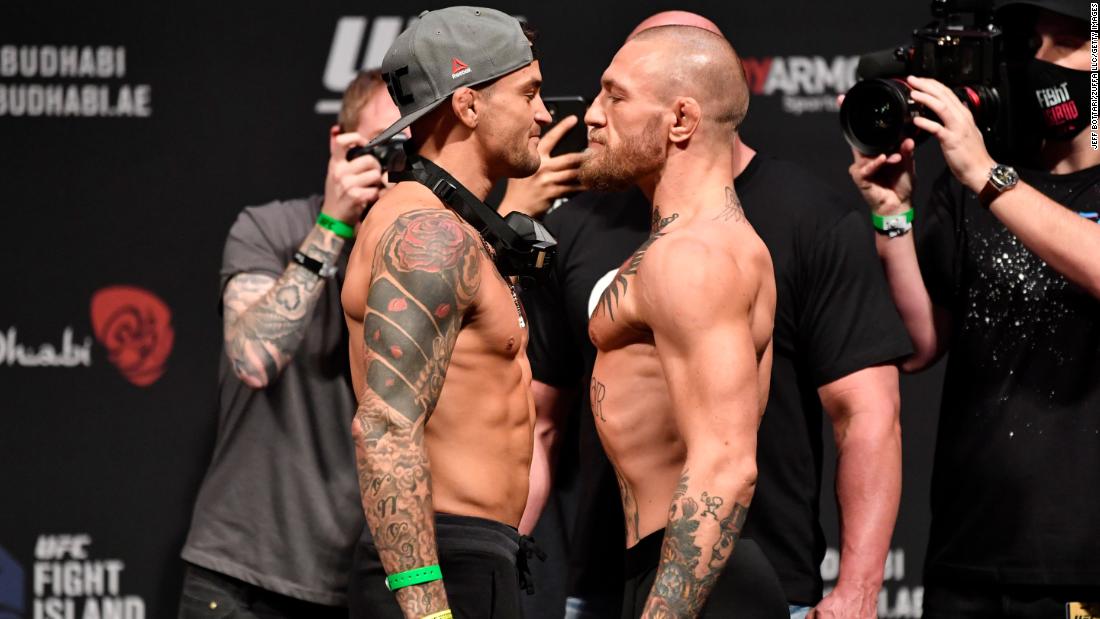 The third time’s the charm, right?

That’s what Conor McGregor and Dustin Poirier must be thinking going into this weekend’s big fight.

The two men have faced off twice before and talked a lot of trash in the lead-up. Now, each aims to shut the other up for good.

But who will come out on top? You’ll have to watch UFC 264 to find out.

The event starts at 6:15 p.m. ET, if you want to catch early prelims and prelims. But the main card, led by Poirier and McGregor, doesn’t start until 10 p.m. ET.

McGregor (22-5) and Poirier (27-6) are longtime rivals – and Saturday will be the third time they face off.

In 2014, McGregor defeated Poirier at UFC 178 with a first-round KO. But in January, Poirier got his revenge at UFC 257 with a second-round finish.

Saturday’s rubber match should settle the rivalry and could even send the winner on to battle UFC Lightweight Champion Charles Oliveira.

Who else is on the main card?

The lightweight bout between Poirier and McGregor is the big draw, but the main card is jam-packed with noteworthy battles – including Gilbert Burns vs. Stephen Thompson for welterweight, Tai Tuivasa vs. Greg Hardy for heavyweight, Irene Aldana vs. Yana Kunitskaya for women’s bantamweight, and Sean O’Malley vs. Kris Moutinho for bantamweight.

Here’s how to watch

Not in your budget? No problem. You can watch the early prelims on UFC Fight Pass, prelims on ESPN or ESPN+, and the main card on ESPN+.

UFC mobile app is another great way to watch, especially for fans on the go.

The battle for Indonesia’s Gold Island

The Easter Island pianist playing for her home’s future