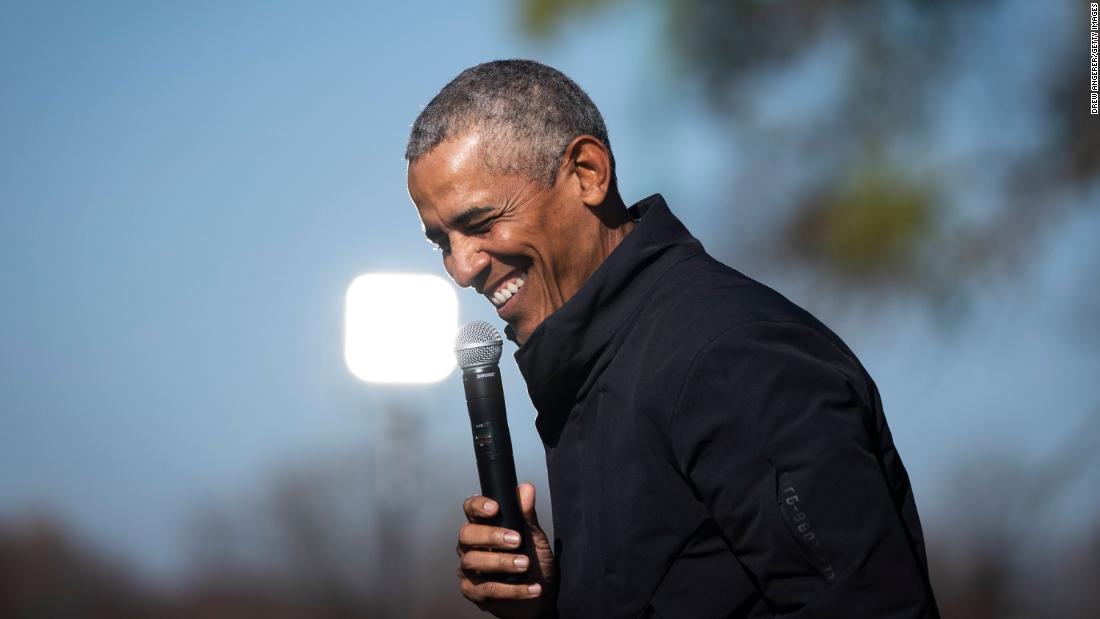 Former President Barack Obama released his summer reading list on Friday, continuing a tradition from his time in the White House.

“While we were still in the White House, I began sharing my summer favorites – and now, it’s become a little tradition that I look forward to sharing with you all. So here’s this year’s offering. Hope you enjoy them as much as I did,” Obama saidon multiple social platforms.

Here are the 11 books Obama recommends people read this summer:

“At Night All Blood Is Black” by David Diop

The historic fiction novel details the dark tale of a Senegalese soldier’s experience fighting for the French during World War I. The story – originally written in French – was translated to English by Anna Moschovakis and won the 2021 International Booker Prize.

“Land of Big Numbers” is a 10-part short story series – set in and out of China – about the diverse lives of a set of Chinese people. The collection is the debut series of Wall Street Journal reporter Te-Ping Chen, who was formerly a correspondent in Beijing.

“Project Hail Mary” takes readers along the survival mission of a biologist turned middle school science teacher who – from a ship in outer space – is tasked with saving Earth from destruction. The science fiction novel is the latest from Weir, who also wrote “The Martian.”

“When We Cease to Understand the World” by Benjamín Labatut

The fictional tale “When We Cease To Understand The World” tells stories of scientists and mathematicians throughout history – such as Albert Einstein, Fritz Haber and Alexander Grothendieck – who shaped the world through their findings.

“Under a White Sky: The Nature of the Future” by Elizabeth Kolbert

In “Under a White Sky: The Nature of the Future,” Pulitzer Prize-winning author Kolbert examines the way humankind has impacted Earth and raises questions about how and if nature can be saved.

“Things We Lost to the Water” by Eric Nguyen

Nguyen’s debut novel, “Things We Lost to the Water,” tells the story of an Vietnamese immigrant who moves to New Orleans with her two sons while her husband stays in Vietnam.

“Leave the World Behind” by Rumaan Alam

“Leave the World Behind” is a story about two families – one Black and one White – who meet in the context of looming disaster. The novel explores race, class and familial dynamics.

“Klara and the Sun” by Kazuo Ishiguro

“Klara and the Sun” explores the world of artificial intelligence through the eyes of the main character – an Artificial Friend – who sits in a store window anticipating that one day she will be chosen by a customer. In 2017, Ishiguro won the Nobel Prize for Literature.

“The Sweetness of Water” by Nathan Harris

The historical fiction novel details life in America at the end of the Civil War for two distinct pairs of characters – the first, two emancipated brothers, and the other, a couple of Confederate soldiers deeply in love. “The Sweetness of Water” was an Oprah Book Club selection.

See also  Crocodile attack: 'I was beating on its snout'

“Intimacies” tells the story of woman who, looking to chart a new path, travels to The Hague and starts work as an interpreter at the International Court. Through her role as an interpreter, the woman becomes immersed in the international lives and complex sagas of those who share their stories with her.

Obama’s 2021 summer reading list comes just months after he shared his favorite books from 2020, which in December highlighted 17 titles – including Isabel Wilkerson’s “Caste,” Brit Bennett’s “The Vanishing Half” and C Pam Zhang’s “How Much of These Hills is Gold.”

Katty Kay: How 100 days turned into five years of fun

Unlocking the world: The places reopening to tourists