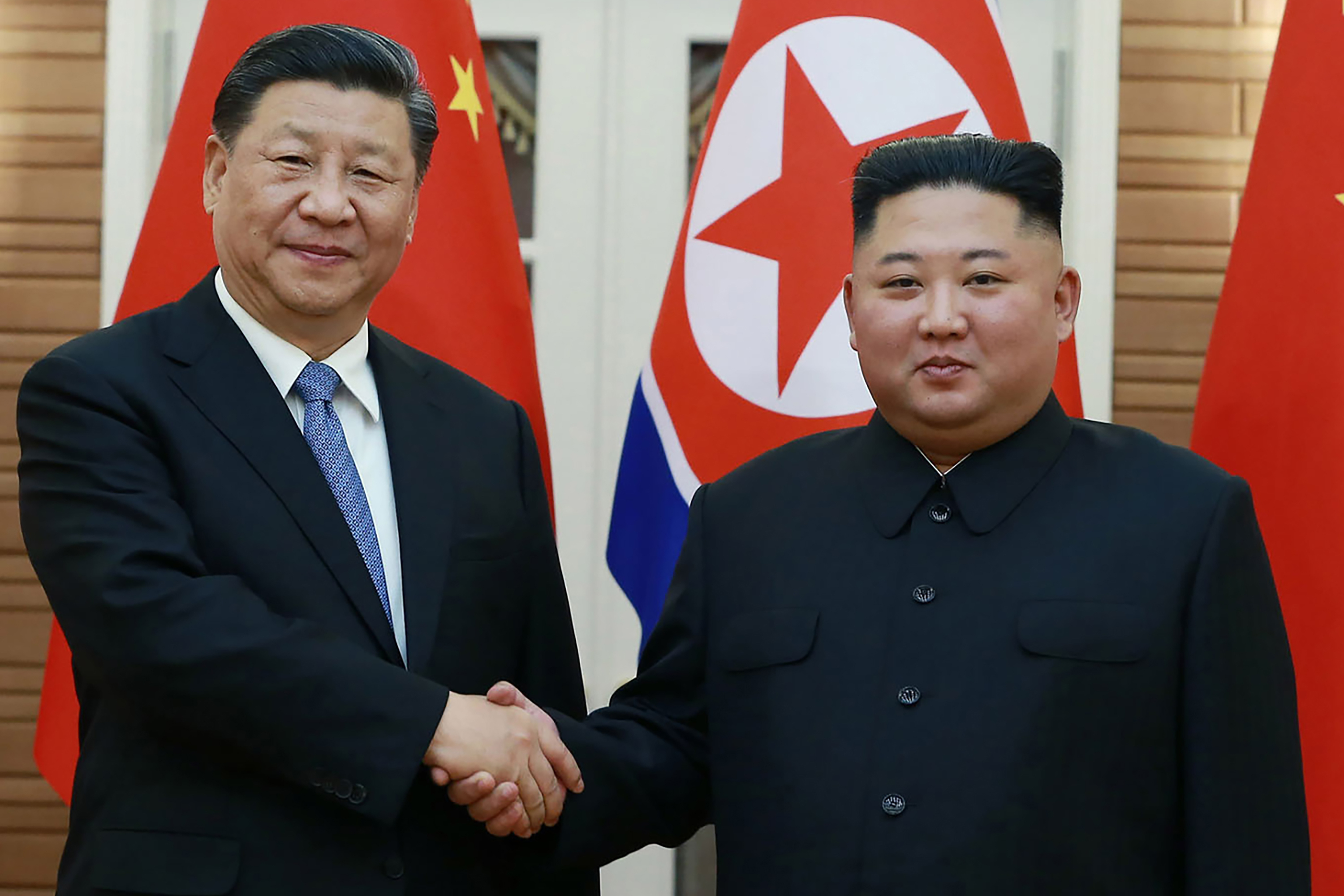 The North Korean and Chinese leaders have expressed their desire to further strengthen their ties while exchanging messages marking the 60th anniversary of their countries’ defence treaty.

In a message to Chinese President Xi Jinping on Sunday, North Korean leader Kim Jong Un said it was “the fixed stand” of his government to “ceaselessly develop the friendly and cooperative relations” between the countries, the state-run Korean Central News Agency said.

Mr Xi said in his message that China and North Korea had “unswervingly supported each other,” according to China’s official Xinhua News Agency.

“The world has recently seen accelerating changes unprecedented over the past century,” Mr Xi said.

“I wish to … lead bilateral relations to unceasingly rise to new levels to the benefit of the two countries and their peoples.”

North Korea has been expected to seek greater support from China, its major ally and aid benefactor, as it grapples with economic hardship exacerbated by the coronavirus pandemic and crippling US-led sanctions over its nuclear weapons program.

China, for its part, sees preventing a North Korean collapse as crucial to its security interests and would need to boost ties with North Korea and other traditional allies amid fierce rivalry with the United States, some experts say.

Mr Kim said in his message that the bilateral treaty “is displaying its stronger vitality in defending and propelling the socialist cause of the two countries … now that the hostile forces become more desperate in their challenge and obstructive moves.”

Under the 1961 Treaty of Friendship, Cooperation and Mutual Assistance, North Korea and China are committed to offering one another immediate military and other aid in the event of an attack.

North Korea-China ties go back to the 1930s, when Kim Il Sung, the grandfather of Kim Jong Un, led Korean guerrillas as they fought alongside Chinese soldiers against Japanese colonisers in north-eastern China.

The two countries established diplomatic relations in 1949, one year before North Korea launched a surprise attack on South Korea and started a three-year war that killed hundreds of thousands of people.

About 28,500 US soldiers are still stationed in South Korea to deter potential aggression from North Korea. China doesn’t deploy troops in North Korea.

Half of Australia in lockdown as Delta variant spreads wider

Neil Mitchell: Is the Aussie spirit a myth? If not, time to prove it