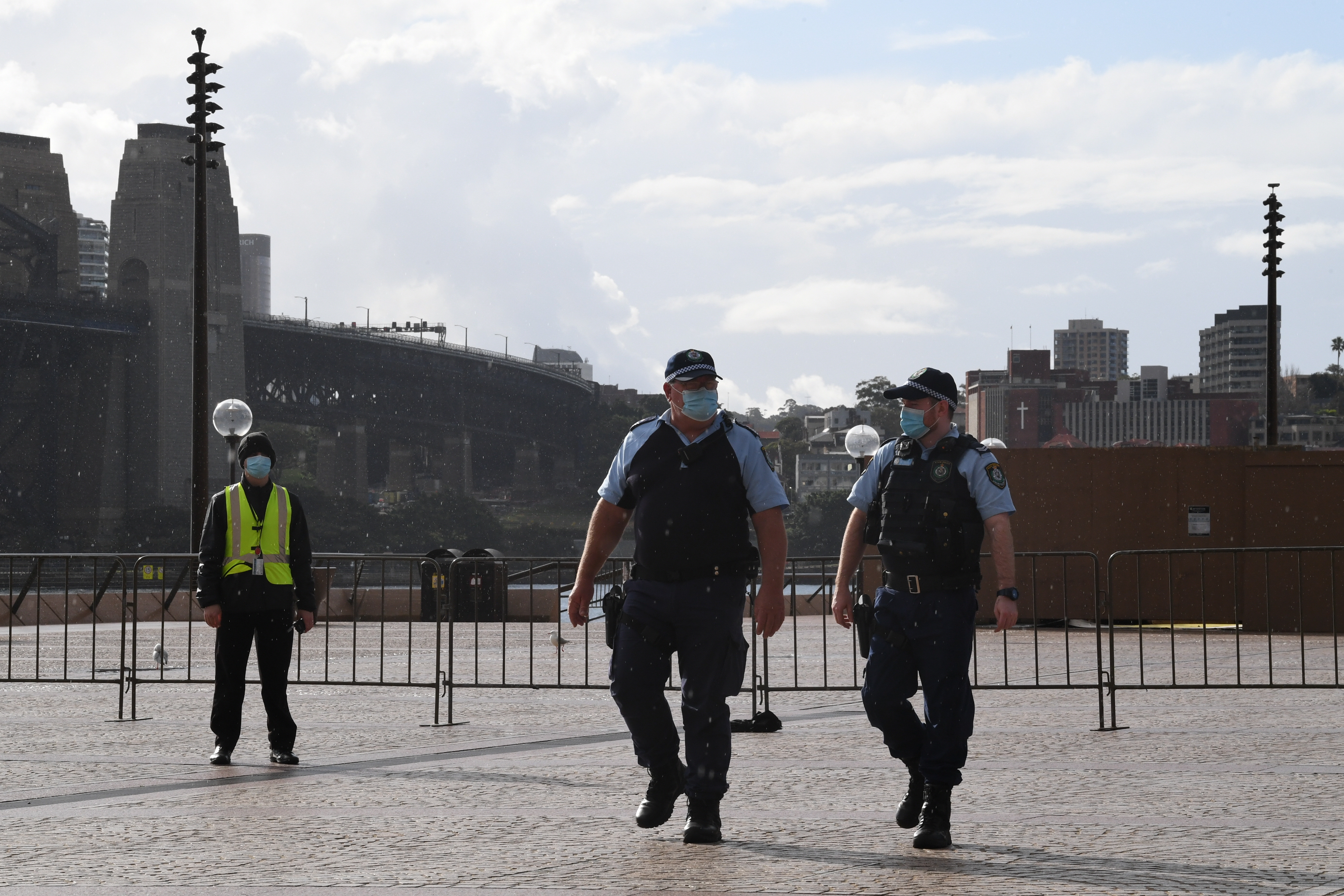 Sydneysiders have been warned the worst of the current coronavirus outbreak is yet to hit with today’s local infections expected to be greater than 100 and the lockdown predicted to last for weeks.

NSW recorded 77 new local cases yesterday with 33 of those out in the community while infectious.

But health authorities are anticipating higher figures when today’s case numbers are announced.

An infectious diseases expert has forecast it may take up to six weeks for Sydney to gain control of its spiralling COVID-19 outbreak.

Professor Robert Booy referred to Taiwan as an example, noting the country suffered from a similar outbreak in May and they were able to flatten the curve within six weeks, even with low immunisation rates.

“We can do the same – five to six weeks, we could be under much better control,” he told Today.

There are 52 people in hospital battling the virus and 15 of those individuals are in intensive care.

Sydneysiders have been urged to move up the date of their second doses of the AstraZeneca vaccine to six weeks instead of 12, due to the escalating outbreak and death.

Professor Booy said second doses of the jab were licensed from four weeks.

“My wife and I both had ours between nine and 11 weeks last Friday – we’re fine,” he said.

“We took it early because we’re at risk in the Sydney metropolitan area.”

The key to Sydney stamping out the rising cluster of infections was reducing community transmission, Professor Booy said.

“If we’ve got 20, 30, 40 people having been in isolation since they were potentially infectious, that’s much less of a worry.”

Police and health authorities are continuing to plead with people to adhere to stronger restrictions that came into effect on Friday, with two-thirds of yesterday’s new infections being detected in south-west Sydney.

Fifty-two of yesterday’s cases were reported around the south-west with several exposure sites being detected across just the Fairfield area alone.

“In the last couple of days police have been working with communities that don’t listen to mainstream media and maybe haven’t got the message, so the days of excuses will soon end and you will find yourself with either a $1000 ticket or a trip to a courthouse,” Mr Elliott told Today.

Mr Elliott said police didn’t want to give fines and the odd 100 which were given in the latest 24-hour report was out of five million people, so most were doing the right thing.

NSW Chief Health Officer Dr Kerry Chant warned people in the south-west were still venturing from household to household, continuing to visit family and friends in the hot zone.

“We need to get ahead of the spread,” she said.

“We know transmission is going through households, from household to household. And it’s impacting on other close friends and work colleagues.”

Police issued over 100 fines on Saturday to people for failing to adhere to the tough restrictions, including 30 connected to three separate gatherings.

NSW Police Deputy Commissioner Gary Worboys, said people are still making a conscious decision to not stay at home and not comply with the Public Health Orders.

“These examples highlight incredibly selfish and irresponsible behaviour, which we cannot and will not tolerate,” Deputy Commissioner Worboys said.

“We have said all along police will be firm but fair, but we are now in the position where we need to be more firm than fair.”

With news the current lockdown in NSW will likely continue past the predicted July 16 end date, Ms Berejiklian has held emergency talks with the treasurer and prime minister about extending financial support to struggling families and businesses.

Across Sydney, thousands of businesses have been brought to their knees, unable to open week after week now bills unable to be paid.

It is likely a formal announcement on a rescue package will be made today, with experts predicting more will need to be done with the lockdown likely to last for weeks more.

Tedesco: Personal hatred of Queenslanders no longer a motivation in State of Origin