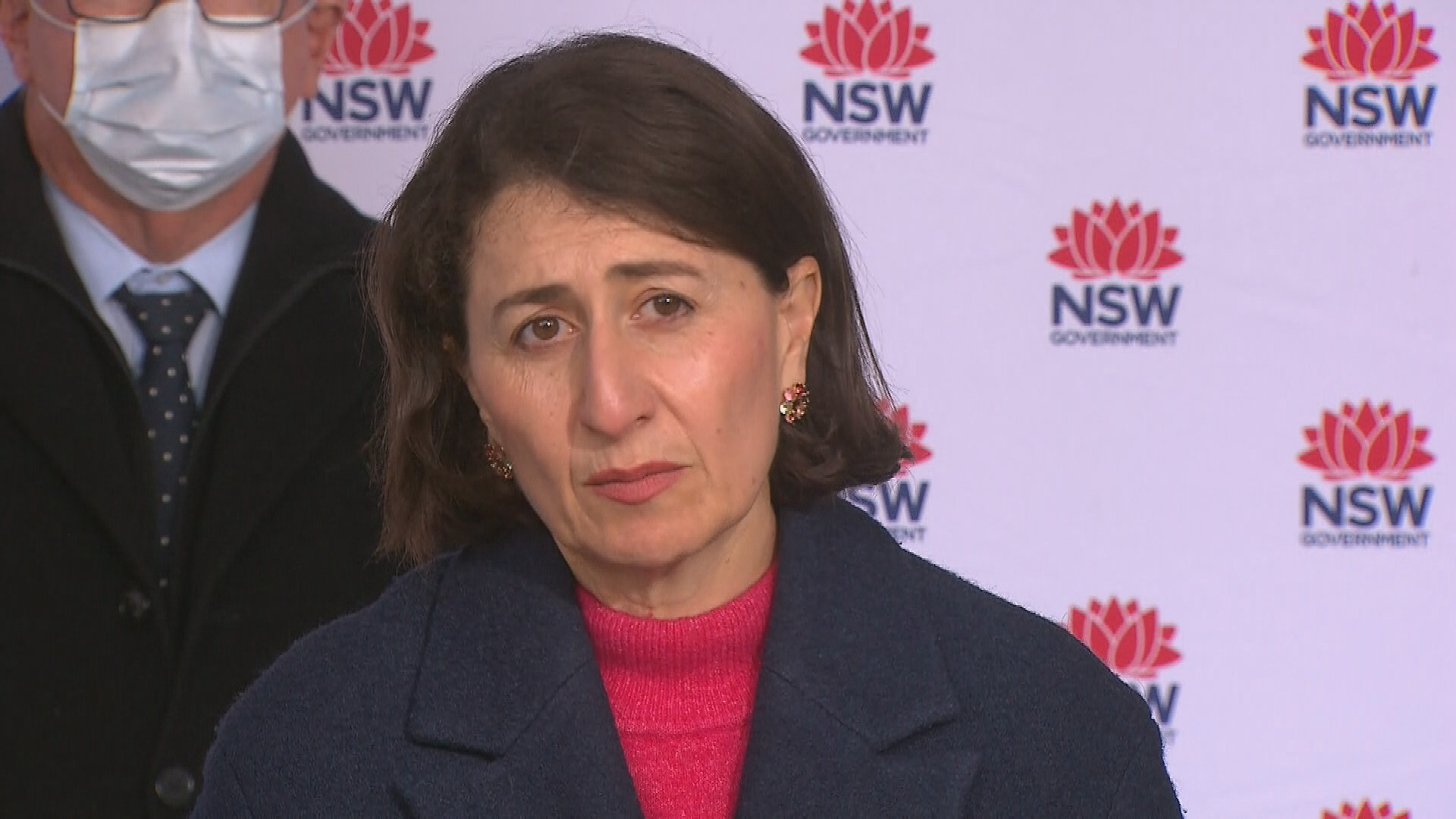 New South Wales has recorded 77 new cases of COVID-19 and one death in the past 24 hours to 8pm.

Of today’s 77 new cases, 42 were out in the community for all or part of their infectious period.

The results come from more than 48,000 tests – a number NSW Premier Gladys Berejiklian is urging residents to sustain in order to curb the spiralling outbreak.

But the sobering figures are unlikely to mark the peak of the outbreak, Ms Berejiklian has warned, saying she would “be shocked” if tomorrow’s figures were under 100.

“Given the number of people exposed in the community overnight, I’m anticipating the numbers in New South Wales will be greater than 100 tomorrow,” Ms Berejiklian said.

Ms Berejiklian has again urged people not to mix with other family members from separate households, with more than 50 of today’s new infections close family members of previous cases.

“When you get COVID, unfortunately those most impacted are those closest to you,” she said.

The person who died as a result of their infection was a 90-year-old woman from Sydney’s south-west.

She caught the infection from a family member within her household.

“Tragically we’ve seen one older person die and I want to extend my deepest condolences to their families and loved ones,” the premier said.

“I can’t stress enough that every time we risk breaking the rules or even just going about our business and not getting tested when we need to, the people whose lives and health that we’re risking the most are those closest to us.”

It is the first death to be recorded since the start of the Bondi outbreak last month.

Today’s figures add to growing fears that Sydney and the surrounding regions are now sitting down the barrel of a lengthy shutdown similar to that seen in Victoria last year, with one of Australia’s leading epidemiologists yesterday suggesting lockdown orders were likely to be extended beyond August.
Data analysis conducted by 9news.com.au has revealed just how much more the current COVID-19 outbreak has spread compared to the previous Northern Beaches one, which placed half of the peninsula under strict stay-at-home orders for three weeks over the Christmas period.

Of those 50, just 13 were isolated throughout.

Premier Gladys Berejiklian cautioned that “things are going to get worse before they get better”.

It’s a warning that is becoming eerily familiar, as the highly infectious Delta variant appears to be getting on top of contact traces with the number of unlinked cases continuing to mount.

As well as additional restrictions around exercise and essential shopping introduced on Friday, requirements around mask wearing and restrictions on entering Greater Sydney are also being tightened.

This means those living in apartment blocks will need to put on a mask before entering the following common areas:

This applies to anyone entering the building, not just residents, and includes cleaners, tradespeople and anyone delivering goods.

Moreover, the reasons for entering Greater Sydney have been tightened.

Coming into the region for the purposes of exercise or outdoor recreation is no longer a valid excuse.

From today, people from outside Greater Sydney will only be able to enter for a funeral, memorial service or gathering afterwards if there are no more than 10 people in attendance.

Other states are also looking to their borders, with Victoria yesterday issuing a final warning to its residents currently in regional New South Wales to return home.

Victoria’s COVID-19 response commander Jeroen Weimar told NSW travellers they “should have left already”, warning that a hard border with the whole of the state was likely “in the coming hours or days”.

Surfing makes its Olympic debut in Tokyo. Here’s what you need to know

Adelaide teen in hospital with meningococcal