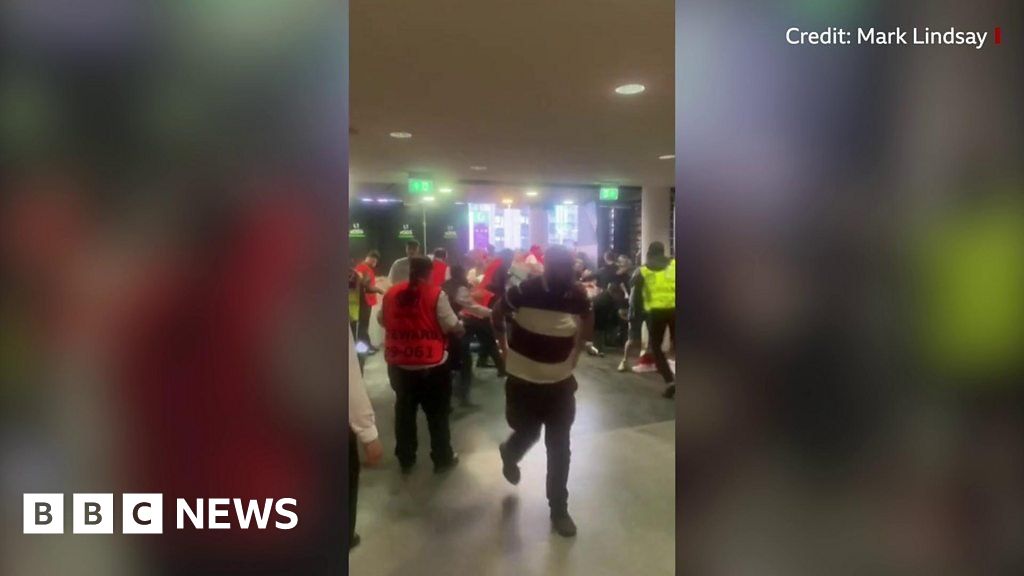 Video shows football fans breaking through an entrance at Wembley Stadium before the Euro 2020 final on Sunday evening.

Mark Lindsay, who filmed the footage, said he saw hundreds of England supporters trying to get in via a fire exit.

Police admitted that a number of ticketless fans did make it inside the stadium.

The Football Association has said it will conduct a full review into what happened.