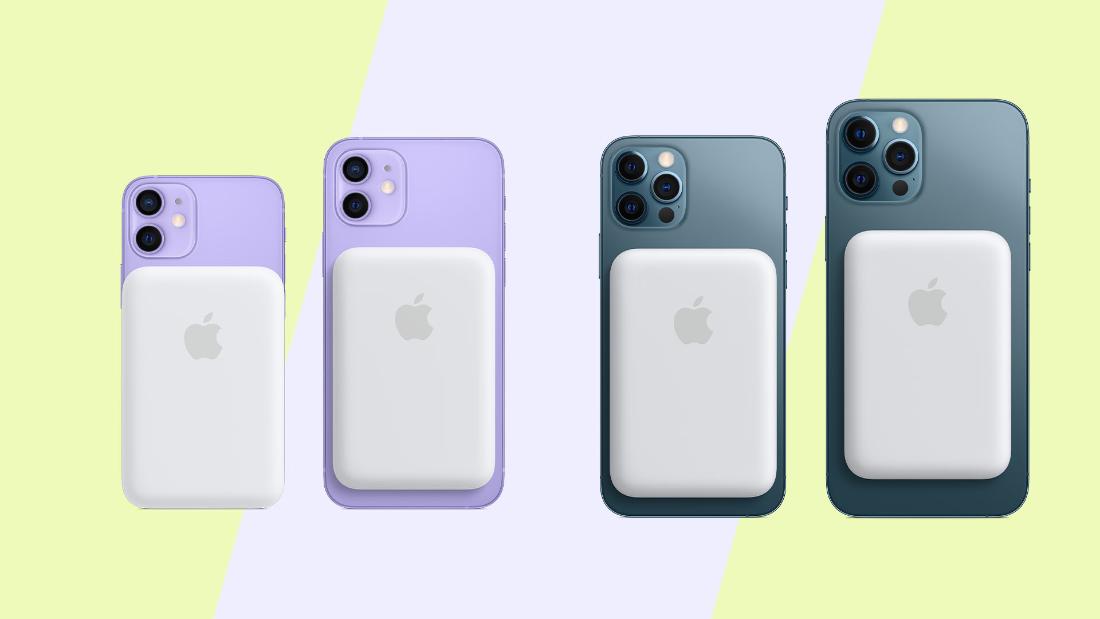 Apple just released the MagSafe Battery Pack — a $99 accessory that snaps to the back of an iPhone 12 to extend its battery life. It joins the leagues of MagSafe accessories that have been available since last fall. And it’s up for order right now, with shipments starting next week.

It’s purpose-built for the iPhone 12 Mini, 12, 12 Pro and 12 Pro Max. The MagSafe Battery Pack is only available in white and sticks with a silicone design that adds a hump to the back of the iPhone. From photos of the accessory, we can see that it features a 1,460mAh battery— it remains to be seen what that translates to with daily use of the product. For instance, the iPhone 12’s battery capacity is 2,815mAh so this will provide about 50% of power to it.

Like the MagSafe charger or the MagSafe Duo, this can push out 15 watts to the iPhone 12 wirelessly. There’s a catch, though; you’ll need to have it plugged into power to get the full 15 watts — when just attached to your iPhone, it will push out a slower 5 watts. You’ll need to connect a 20-watt brick in order to fast charge wirelessly, like the ones we’ve tested here.

It will snap to the back of the iPhone or to a MagSafe case that’s on your device. Either way, it will begin charging and you’ll be able to view the battery percentage of both the phone and the charger on the lock screen. You can also see battery levels for both in the battery widget. Interestingly enough, you will need iOS 14.7, which we expect will roll out to customers when the MagSafe Battery Pack begins shipping next week.

And that’s the key difference from previous iPhone Smart Battery case options from Apple. Rather than a wrap-around case, this is a battery that attaches to the back. You won’t get added protection or durability from this accessory, but it’s a simple snap-on or off experience.

It ultimately depends on what you value more in terms of features for a battery pack. We don’t expect MagSafe to disappear on the next generation iPhone or the year after that. From that lens, the MagSafe Battery Pack does offer some future-proofing. We’ll be going hands-on soon, but for now, the MagSafe Battery Pack is up for preorder at $99, with shipments starting next week.