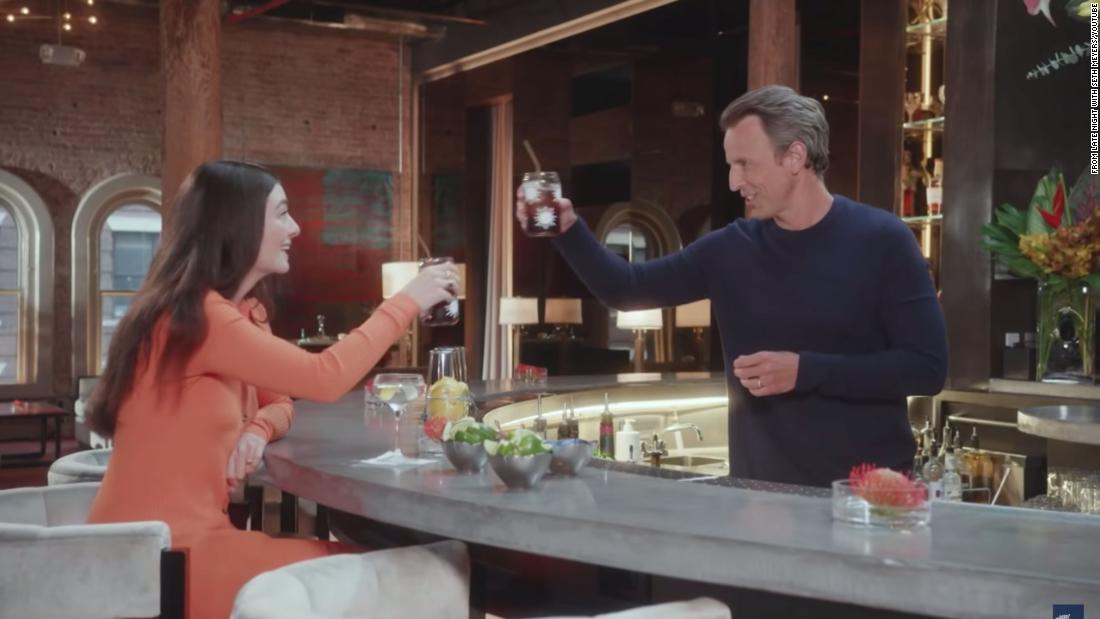 For Lorde, Meyers served up a a shot of Japanese sake, some Irish whiskey, red wine from France and some White Claw. At one point Meyers poured some gin and dunked a pork rib in it.

They also played a round of “Royals,” where the two guessed the name of various members of the royal family.

“I’ve watched this before. Like, who knows, are they drunk? But, like, I’m drunk,” Lorde said of the segment.

Lorde also performed her brand new single “Stoned at the Nail Salon,” and admitted after filming the “Day Drinking” segment, she had to get an IV drip in her hotel room.

Analysis: The huge Democratic bet on ‘bricks and butter’