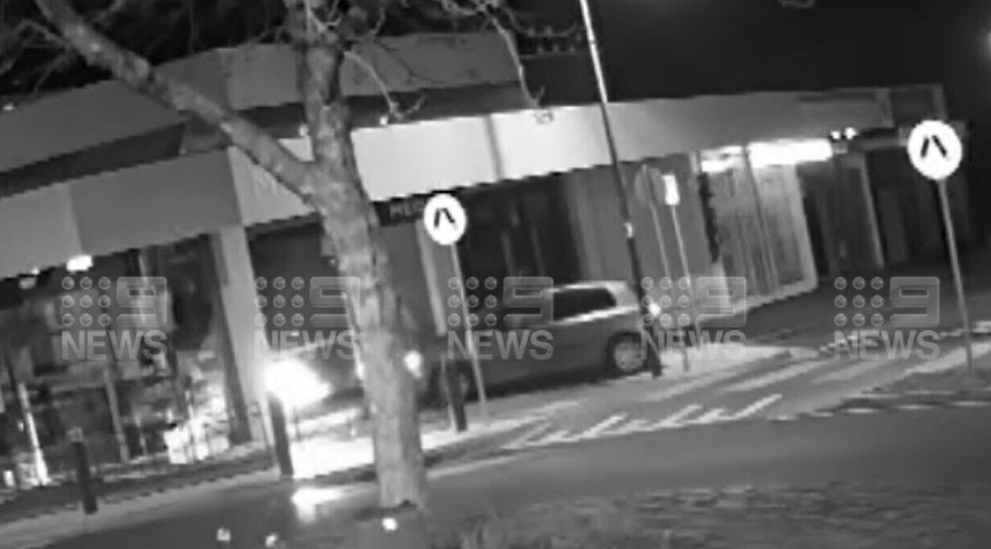 Thieves have wreaked havoc across Melbourne’s Bayside area, ram-raiding two stores and inflicting thousands of dollars’ worth of damage on a family business.

But despite maximum effort, the burglars escaped with an underwhelming haul.

Blinded by smog surging from the ceiling, the thieves knew their plans were up in smoke.

After crashing through the shopfront of Brighton’s Mecca beauty store, they took what they could and raced off in an allegedly stolen Volkswagen hatchback.

Ten kilometres away, the next stop was a tiny Cheltenham hobby shop.

“It’s just horrible really that people do this to other people,” she told 9News.

At 6am, the pair swiped armfuls of second-hand train sets and refused to let an old PC go.

The bumbling burglar failed to realise he could unplug it from the powerpoint.

“They’ve got no idea what they’re doing, they take the first thing they see,” Ms De La Lande said.

The intruders took $34 from the till and some of the least expensive items on display.

But they did inflict thousands of dollars in damage and woke half of an apartment block on Station Road.

“May have had a bit of a beard, had male features and was walking probably like an older gentleman,” one witness said.

Other onlookers have told 9News the driver of another car tried to stop the thieves from getting away by parking behind them.

But the thieves rammed them too and sped towards the Nepean Highway, leaving a mess in their wake.

Police believe they know who is responsible for the spree.

Mecca was open for trade within hours of the break-in.

Brunel Hobbies hopes it can repair its front door tomorrow.

“You work so hard to keep the business going … and then you just get these idiots come along and cause havoc,” Ms De La Lande said.

See also  'I remember trying to call her work. But the phones were already down'

Live: Madison de Rozario one of five Australians lining up in the marathon on the final day