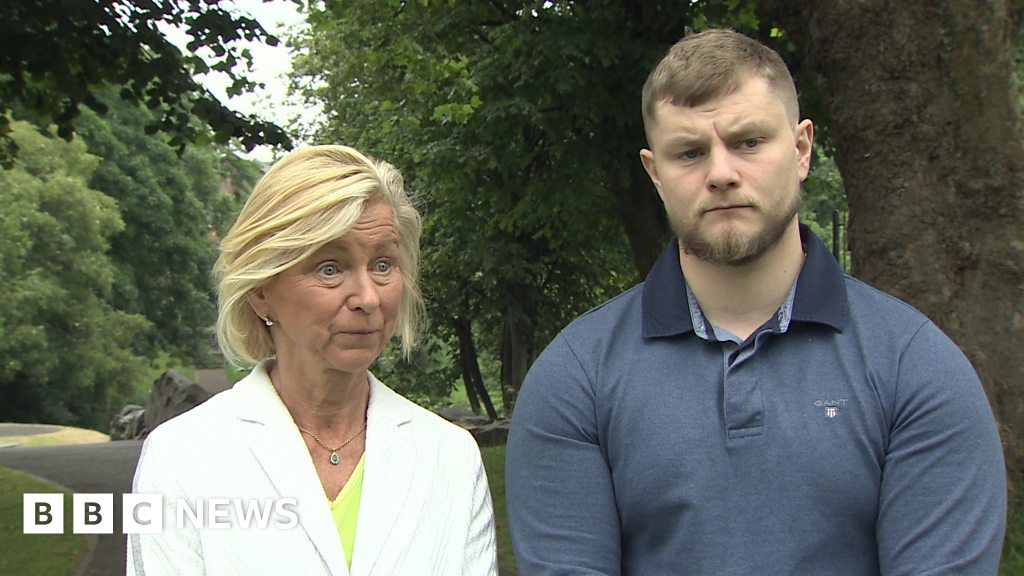 The family of a man whose surgery for pancreatic cancer was cancelled twice due to an increase in Covid-19 patients have appealed for help.

Paul Linden was diagnosed eight weeks ago but doctors said surgery would give him a chance.

His wife Maoliosa said an operation pencilled in for 24 July was cancelled, with the pledge that it would be done on 4 August.

However, that surgery was also cancelled.

The family said they were told there were not enough critical care beds available due to the number of Covid patients.

The postponements had been “totally, totally devastating”, she said.

“It’s his only hope… please can somebody listen and give us a date for this surgery?”

Their son Eoin said his father’s care had been “substandard”.

The Belfast Trust has contacted Mr Linden’s family to apologise and said the position was unacceptable.

It said that significant pressures on the health service and the recent rise in the number of patients with Covid-19 being admitted to hospitals meant rescheduling the surgery was a decision it had to take.

See also  Covid-19: Falling infections in UK and cases rise in US

Tom Hardy: Can a star’s posts give locations a tourism boost?

Rashford mural tributes: ‘Something beautiful out of something negative’

Covid in Scotland: Where are the latest cases?