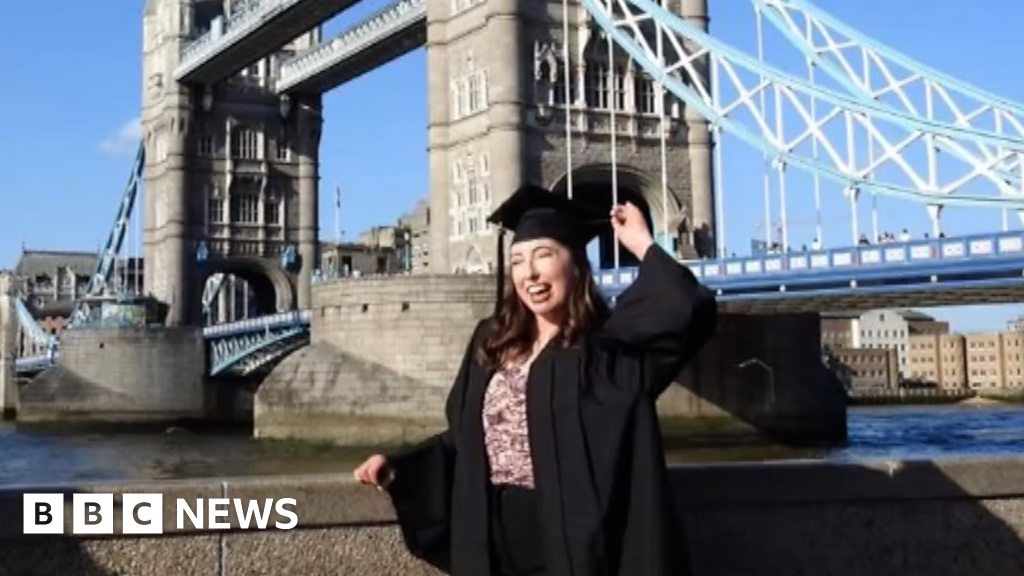 A woman who suffered 96% burns in a coach crash has graduated with a first class honours degree in physiotherapy.

Catrin Pugh was so badly burned in the 2013 crash in the French Alps that doctors gave her a one in 1,000 chance of survival.

After enduring eight months in hospital and more than 200 operations, few people thought the then-19-year-old would ever lead an independent life.

But Catrin, 27, from Wrexham, was determined to make the most of her life and regained her independence before enrolling on a physiotherapy course at King’s College London.

Since graduating, she said she was determined to help others who have suffered similar misfortunes.

“I’m working to change people’s minds to see that things like a scar or using a wheelchair makes you unique and different.”

Could Scots be guaranteed a minimum income?

‘Race should not be a factor in my destiny’