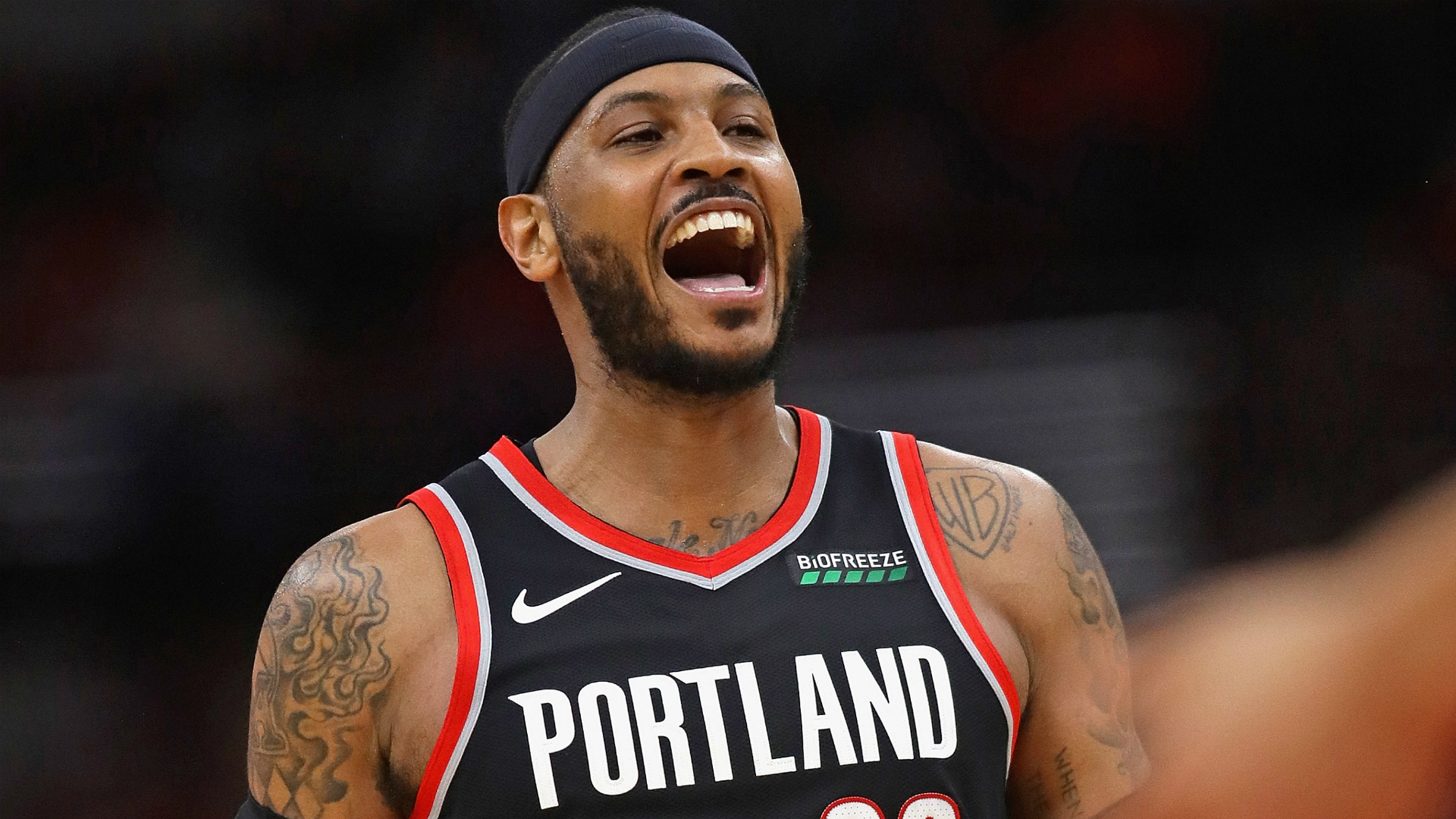 Carmelo Anthony has long been rumored as a potential target for the Lakers. Since his struggles with the Thunder and Rockets, Los Angeles has expressed some level of interest in him.

Could this finally be the year that he heads to the Lakers and teams up with his long-time friend and fellow 2003 NBA Draft class member, LeBron James? On eve of NBA free agency, it seems possible.

Anthony is a free agent and with Damian Lillard’s Trail Blazers’ future uncertain, Anthony could look to play elsewhere for the 2021-22 season. As Broderick Turner of the Los Angeles Times reports, Anthony is just “waiting on a call” to join the Lakers.

Carmelo Anthony is interested, just waiting on a call from the Lakers when free agency opens Monday.

Anthony would be a sensible addition for the Lakers. They need to add some extra shooting and scoring around James, Anthony Davis and Russell Westbrook. Carmelo would certainly provide that. He shot a career-best 40.9 percent from 3-point range last year and averaged 13.4 points as a role player in Portland. He took a career-low 11.3 shots per game coming off the bench, so it’s safe to assume that the 37-year-old would be willing to take on whatever role the Lakers can offer him.

Lakers fans shouldn’t just be watching Anthony on the free-agent market. Turner noted that there are several other veterans that the Lakers could target, but one big one to watch is Dwight Howard.

Guess who might be back for a third time? Yup, Dwight Howard is ready to return and play center.

Adding Anthony and Howard might not be as exciting as the banana boat team of James, Anthony, Dwyane Wade and Chris Paul that was floated around 2015. Still, adding these former All-NBA talents would add another level of intrigue for the Lakers as they look to bounce back from a disappointing season that saw them lose in the first round of the NBA playoffs.

And hey, maybe James can convince Paul, who became a free agent after declining a $44 million player option, to join his cause along with Anthony. After all, he said in 2015 he’d be willing to take a pay cut to make the banana boat team happen.

“I really hope that, before our career is over, we can all play together,” James said in 2015, per Bleacher Report. “At least one, maybe one or two seasons — me, Melo, D-Wade, CP — we can get a year in. I would actually take a pay cut to do that.”

Convincing Paul to join while taking a pay cut and with Westbrook in the fold may prove to be too difficult, but James has always should have a chance to play with Anthony at the very least. It seems like that well will happen as the Lakers look to retool and target another title with their superteam.

State governments of Tamil Nadu, Chhattisgarh, Kerala, Punjab, Jharkhand and Andhra Pradesh have extended their support to the protest New

State governments of Tamil Nadu, Chhattisgarh, Kerala, Punjab, Jharkhand and Andhra Pradesh have extended their support to the protest New