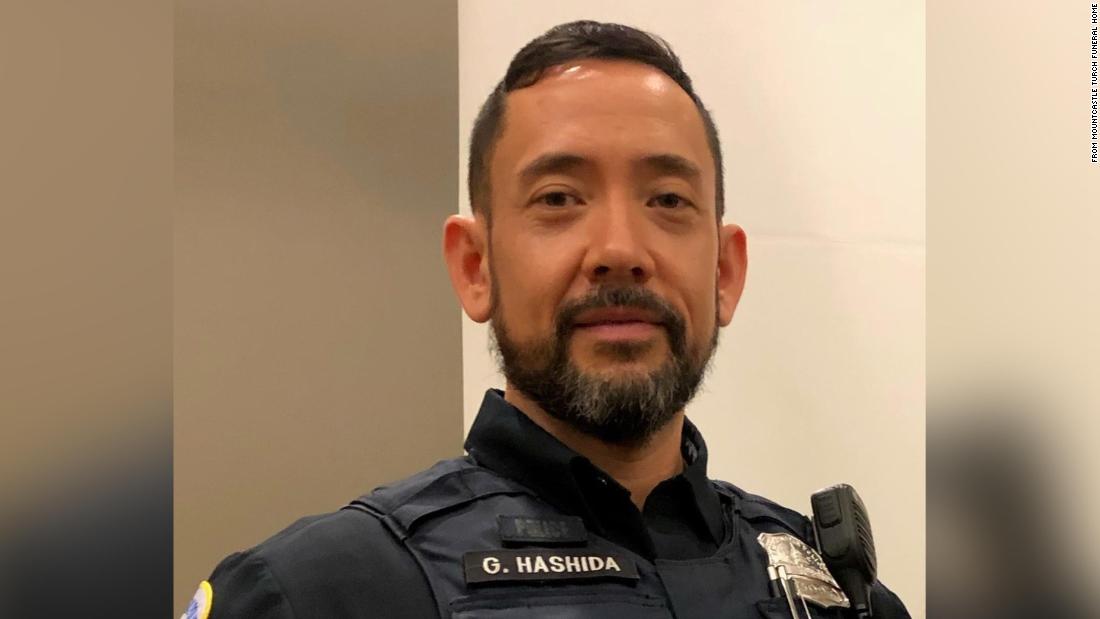 A DC police officer who responded to the US Capitol insurrection has died by suicide, according to the Metropolitan Police Department.

“Officer Gunther Hashida, assigned to the Emergency Response Team within the Special Operations Division, was found deceased in his residence on Thursday, July 29,” department spokesperson Kristen Metzger told CNN in a statement.

Hashida joined the Metropolitan Police Department in 2003 and responded to the Capitol on January 6, Metzger said.

“We are grieving as a Department and our thoughts and prayers are with Officer Hashida’s family and friends,” Metzger said.

This is the third known suicide of an officer who responded to the Capitol during the attack, and it is the second known suicide by a DC officer specifically.

Metropolitan Police Officer Jeffrey Smith, a 12-year veteran of the force, and US Capitol Police Officer Howard Liebengood, a 16-year Capitol Police veteran, also responded to the insurrection and later died by suicide. A recent Senate report into the security failures of the day lists both Smith and Liebengood among those who “ultimately lost their lives” following the attack.

The Justice Department has charged more than 550 people in connection with the insurrection, according to CNN’s latest tally, and the attack is at the center of a high-profile House select committee investigation.

During a hearing before the panel last month, Capitol Police Officer Harry Dunn delivered an emotional plea to officers who defended the Capitol to seek out professional help if they need it.

See also  Afghanistan war: Do the Taliban want to conquer or compromise?

“I want to take this moment and speak to my fellow officers about the emotions they are continuing to experience from the events of January 6. There is absolutely nothing wrong with seeking professional counseling,” Dunn said.

“What we all went through that day was traumatic, and if you are hurting, please take advantage of the counseling services that are available to us.”

This story has been updated with additional information Monday.

Editor’s Note: If you or a loved one have contemplated suicide, call the National Suicide Prevention Lifeline at 1-800-273-8255 or text TALK to 741741. The International Association for Suicide Prevention and Befrienders Worldwide also provide contact information for crisis centers around the world.

Millions of mussels, clams and other marine creatures die from heat wave ‘catastrophe’

These Nintendo Switch games will make you actually enjoy working out

Keeping up with the Californians: Recall vote 2021