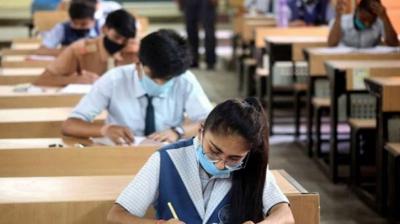 New Delhi: The Central Board of Secondary Education (CBSE) on Tuesday announced the results of class 10 examinations that were cancelled due to the ongoing coronavirus pandemic in the country.

Similar to the class 12th results, girls have outshone the boys. The board also announced that more than 99 per cent students have been declared pass.

Over 57,000 students have score above 95 per cent, while more than 2 lakh students securing places between 90 per cent and 95 per cent.

However, the board added that the results for over 16,000 students is still under process, adding that it will also be declared soon.

CBSE has also added that no merit list will be announced this year.

The results came days after the board announced the results of class 12.

The examination board had cancelled the exams for class 10 after the pandemic hit the country.

The schools had been asked to submit the tabulated marks by June 30. The CBSE had also announced an alternative marking policy.

According to the policy, while 20 marks for each subject will be for internal assessment as every year, 80 marks will be calculated on basis of the students’ performance in tests or exams throughout the year.

The weightage in terms of maximum marks for schools which have conducted the tests and exams through the year will be — periodic test/unit test (10 marks), half-yearly exam (30 marks) and pre-board exams (40 marks).

Meanwhile, an NGO told the Delhi High Court on July 22 that CBSE’s evaluation policy for this year’s Class 10 board examination did not have any grievance mechanism for students.

In the hearing before a bench of Justice DN Patel and Justice Jyoti Singh, the NGO — Justice For All — argued that Central Board of Secondary Education (CBSE) should make an arrangement for uploading the soft copy of the marking scheme followed by schools.

However, the court responded that there was no direction from CBSE to schools to follow the same pattern.

The high court had on June 2 sought response of the Centre, Delhi government and CBSE on the NGO’s petition claiming that the policy of the board for calculating marks of class 10 students based on the internal assessment by schools was unconstitutional and required to be modified.

It had also said moderating the marks in consonance with the overall average score of the district, national and state average “was absolutely unreasonable, illogical and punitive for the students of a school which would appear in the board exams for the first time”, with no previous data of performance.

The NGO had alleged that it can also lead to the manipulation of marks and exploitation, extortion of the students and parents.