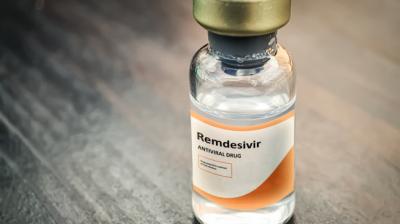 Shortages of Remdesivir injections in the market were noticed in April and May 2021 due to a sudden surge in the demand for the drug for managing COVID-19 patients, Union Health Minister Mansukh Mandaviya said in a written reply.

In order to substantially augment the production of Remdesivir, the Drugs Controller General of India granted expeditious approval to 40 new manufacturing sites of licensed manufacturers of the drug, he said.

Further, in order to supplement the availability of Remdesivir manufactured in the country, the export of Remdesivir injection and Remdesivir API (Active Pharmaceutical Ingredient) was prohibited from April 11, 2021.

The Department of Pharmaceuticals (DoP) and the Ministry of Health and Family Welfare (MoH&FW) jointly undertook an exercise for the allocation of available stocks of Remdesivir to all states and UTs in order to mitigate shortage and to ensure a fair and equitable distribution across the country.

The MoHFW has also supplied around 29 lakh Remdesivir vials free of cost to states and UTs.

“As on date, the demand of Remdesivir has come down considerably and the demand-supply gap has reversed, whereby supply is much more than the demand. Accordingly, Remdesivir was moved from Prohibited to Restricted Category of Exports on June 14, 2021,” Mandaviya said.

“Guidelines for Buffer Stock Management of Covid-19 Drugs” have been issued to states and UTs and they have been advised to procure and maintain buffer stocks of Remdesivir and other drugs for preparedness to deal with any future requirements, he said.

“As on date there is no shortage of Remdesivir reported by any state and (or) UT,” he added.

The Central Drugs Standard Control Organisation (CDSCO) has requested the licensing authorities of all states and UTs through several advisories to instruct their enforcement staff to maintain a strict vigil, especially at sensitive places, on attempts of black-marketing or hoarding of Covid drugs and to take stringent action against the offenders.

Further, the National Pharmaceuticals Pricing Authority under the Department of Pharmaceuticals had directed that “the state governments and UTs may closely monitor the production and availability of COVID-19 drugs to prevent black marketing and hoarding.

“It may also be ensured that there is no violation of the provision of Drug (Prices Control) Order, 2013 (DPCO, 2013) with regard to compliance of ceiling prices/permissible increase in prices of scheduled/non-scheduled formulations”, the minister said.

Digital initiatives taken during pandemic will be strengthened: Education Minister